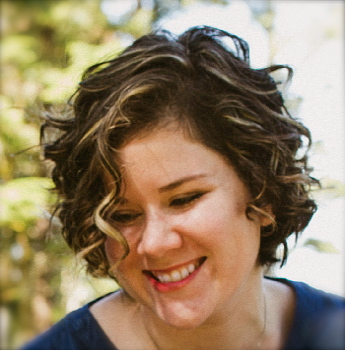 As a child of the 1980s, I grew up watching a lot of women in supporting roles: Florence Henderson as the loving caretaker in Brady Bunch reruns, or Boof, the top-notch best friend in Teen Wolf, just to name a couple. While I love such shows and movies, I took their characterization of women’s roles to heart. It seemed to be a lovable lady, you had to be uncontroversial, agreeable and kind of boring sometimes.

Except for few notable standouts, history books are much the same way. Even today, the bravado and flair, the real doing, is best left to the menfolk. But slowly and steadily, a new genre of histories have been emerging, books about out-sized female visionaries, and tough, take-no-bull movers and shakers, which paint a new picture of womanhood — even across the ages.

1. The Amazons: Lives and Legends of Warrior Women Across the Ancient World

Who was fiercer than the Amazons? The race of ancient archers and warriors that so fascinated Greek historians has, up until recently, been considered largely a fabrication. This book explores these tough-as-nails fighters, from the very fantastic — the rumor that they mutilated themselves in order to carry their weapons — to the more realistic — female skeletons unearthed by archaeologists that might well be from Amazonian warriors — and it includes a recipe for their beverage of choice: fermented horse milk, mixed to “desired potency” (Amazon, $10).

2. The Secret History of the Mongol Queens: How the Daughters of Genghis Khan Rescued His Empire

Written out of Mongolian history texts, the truth about these capable and powerful ladies has remained shrouded in secrecy for many years. Weatherford attempts to correct this, tracing not only the fates of Genghis’s offspring, but the important roles women played in Mongol society — from territorial leaders to sexual dynamos (Amazon, $12).

3. Lady Byron and Her Daughters

We’re all familiar with Romantic poet Lord Byron — a curious character who drank wine from a skull and was, um, really close to his sister. But few people know the story of his long-suffering wife, and when she is spoken of, it is usually as a pariah: Contemporary critics held her culpable for Byron’s incestuous relationship. Markus argues that her problem was largely one of likability, one that any outspoken, complex woman knows all too well (Amazon, $14).

A seductive courier armed with a deadly pistol. A widow charming secrets out from under Northern lawmakers’ noses. A wealthy society belle who launched a far-flung ring of female spies. An impoverished farm girl escaping a hardscrabble life to rise to the ranks of Union private, all while disguised as a man. These are the four women who form the heart of Abbott’s revealing survey of the Civil War’s most powerful and unconventional female influencers (Amazon, $11).

5. Book of Ages: The Life and Opinions of Jane Franklin

Her relationship to the Founding Father may be the basis for her celebrity, but Jane — Ben’s youngest sister — was nothing if not her own woman. Her life was marked by hardship — she married at the tender age of 15 and spent her adult years impoverished, raising 12 children, only one of whom outlived her. Yet her correspondence with her brother, Ben, reveals a lively and gifted mind — one Lepore argues could have brought her all the political and diplomatic success of her brother, if not for her gender (Amazon, $14).

While Chang’s own story — that of a precocious government compound progeny turned peasant and rebel — would make for an epic telling in its own right, she chooses here to include the equally captivating lives of her mother, the rebellious student and destitute young mother, and her grandmother, whose bound feet belie her former life as a concubine. The end result is a vibrant portrait of women’s struggles throughout the rise and fall of Mao (Amazon, $12).

7. The Blue Tattoo: The Life of Olive Oatman

At thirteen, Mormon pioneer girl Olive Oatman was captured by the Yavapai Indians and subsequently sold as a slave to the Mohave. The titular tattoo was a remnant of that life — instead of abusing the girl, the Mohave took her as one of their own, giving her that marking to ensure her safe departure to the afterlife. After five years, Olive was ransomed back to the pioneers, and thus became something of a celebrity, her fascinating story inspiring all kinds of rumors — from the romantic to the downright nasty. This is Mifflin’s attempt to parse gossip from history (Amazon, $10).

8. The Lost Tudor Princess: The Life of Lady Margaret Douglas

Margaret’s influential stint in the English court has been largely ignored by all but the most thorough historians, but during her tenure as a lady-in-waiting, she was a shrewd and key figure, deftly arranging the marriage of her son to Mary, Queen of Scots, which changed the course of English rule and sent waves through Scottish-English relations for years to come (Amazon, $15).

Emerson, Thoreau, Hawthorne: These are the ingenues of the Romantic era. Yet these three men were all under the spell of a trio of sisters, the Peabodys. Bright and forward-thinking, Elizabeth, Mary and Sophia refused to let the duties of marriage and domesticity dim their brilliant lights, and in their quest, shaped the face of Transcendentalism from a personal ethos to a cultural philosophy. Ironically, these individual and complex thinkers are still better known for the influence they had upon their more-celebrated male counterparts, a historical fallacy that Marshall tries to set straight once and for all (Amazon, $10).

by Melton A. McLaurin

This harrowing report of sexual politics between slave masters and their female slaves tells the story of Celia, purchased as a young girl by a wealthy planter and regularly abused by the man thereafter. Determined to end the relationship and reclaim her own agency, Celia’s tragic fate was sealed after an argument with the master turned ugly (Amazon, $7).

11. Infinite Variety: The Life and Legend of the Marchesa Casati

Here was a woman who marched to the beat of her own drum. She was famous for her quirky fashion sense, and gossips had a field day over her bizarre and luxe habits — walking cheetahs on diamond leashes and bejeweling her arms with snakes instead of bangles, for instance. Like many extravagant 1920s society types, she did not fare well during the Great Depression, and by the end of her life, she was ruined and living in poverty. Her magnetism lives on through the works of art she inspired, impressing the likes of Tennessee Williams, Jack Kerouac and Ezra Pound, to name a few (Amazon, $16).