Bobby Flay’s daughter knows how to work the camera.

And Flay is using that to his advantage as he tries to win back fans following a cheating scandal and messy divorce.

Flay invited his 19-year-old daughter, Sophie, to join him for a miniseries of cooking tutorials featuring a few of Sophie’s favorite recipes: chocolate chip pancakes and tomato pesto pasta.

Despite being the daughter of Flay, one of Food Networks’ best-known chefs, she really doesn’t know much about cooking, as evidenced by her jokes about eating eggs for every meal. Flay walks her through the recipes, teaching her in ways that can also teach viewers how to make the yummy-looking dishes. Family time never tasted so good.

Flay tweeted a link to the videos, and his followers loved what they saw.

“Loved this — great segment. Bobby — your daughter is fantastic. She had me cracking up,” one wrote. Another tweeted back at Flay, “l love to see father and daughter cooking together! Reminds me of times spent in the kitchen with my own daughter!” Others chimed in saying how beautiful or adorable Sophie is.

And even though Sophie admits she doesn’t know as much about cooking as people expect her to, Flay said in a recent interview that Sophie appreciates the world of food, nonetheless.

“She’s really interested in food, loves to eat food, loves to go to restaurants, will try anything,” he explained. “I just thought it was kind of fun that she wanted me to teach her how to make a dish or two.”

And as for Sophie’s made-for-TV attitude?
“The thing about Sophie is, like, you talk about getting nervous in front of the camera — I don’t think she ever does,” Flay said. “I don’t think she cares — but in the best way. I don’t think she’s worried about it.”
More: Stephanie March says Bobby Flay is violating their divorce agreement 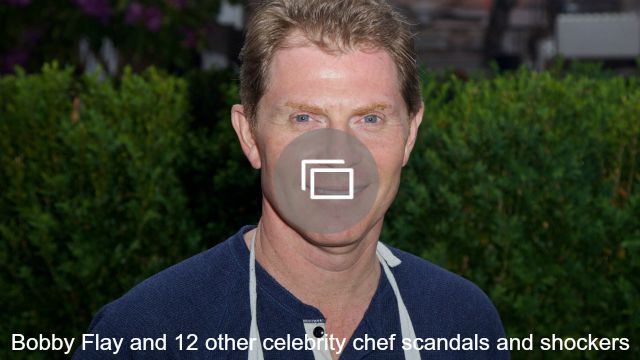