What looks to be like another great episode of Supernatural is coming to The CW on Wednesday, and it is titled, “Don’t You Forget About Me.” Once again, fans will see Sheriff Jody Mills, Claire Novak and Alex in action. This is the first time all three will star in an episode together, which pleases many viewers, especially the female audience.

More: Supernatural may have just unceremoniously killed off a badass character

Ever since Jody took both Claire and Alex under her wing, fans have been wondering if a Supernatural spin-off titled Wayward Daughters would be created focusing on these three, Sheriff Donna Hanscum and any other female character that comes along. So, now that there is an episode with three out of the four amazing female characters, does this mean Wayward Daughters is on the horizon?

Sadly, nothing has been announced, nor has there really been any official talk about it — as far as I know. That said, for some time now, part of the Supernatural fandom has been advocating for a spin-off featuring an all-female cast.

As much as I love Supernatural (it is one of my favorite shows), it has a bad reputation of killing off its female characters. It’s definitely unfortunate and irritating that women don’t last on the series. It is a heavily male-dominated series. Obviously, Sam and Dean Winchester are the stars, but it’d be nice to see a woman become a prominent figure without fans fearing that she will soon die, because, well, that’s what the show usually does.

That said, here’s hoping Wednesday’s episode doesn’t kill off Jody, Claire or Alex. I have a feeling some Supernatural viewers would riot if any of them died. Let’s keep them (and Donna) around for a while, because there’s no need to say goodbye to them anytime soon. Plus, that would just ruin the whole plan and hope of Wayward Daughters.

So, in honor of Wednesday’s episode, and in anticipation that the spin-off will happen at some point in time, let’s talk about what Wayward Daughters would bring to the small screen.

1. A badass group of female hunters

Clearly, fans will get a glimpse of this during Wednesday’s episode (or, at least, I hope so), but to see a show focusing on the union between young girls and women, who are hunters of supernatural creatures, well, that’d be pretty badass.

2. The fight against gender stereotypes

Who says men can only be hunters? That’s right, Sam and Dean aren’t the only hunters around. Supernatural has featured several female hunters, but Wayward Daughters would shine an even brighter light on the fact that women, too, can get dirty, can shed blood and can take down some of the baddest demons around.

3. Another series passing the Bechdel test

The Bechdel test is when at least two female characters are featured and are talking about something besides a man. The CW’s other series, The 100, is a prime example. There needs to be more of this, and Wayward Daughters would pass with flying colors.

4. A battle against ageism

Who says a hunter has to be young and/or a certain age? There might be some who think Jody is too old to be a lead hunter on a TV series, but they’re definitely wrong. Yes, The CW has a younger demographic, but if Claire and Alex were also to be featured alongside Jody, well, then, there are your younger characters. Plus, people to need to stop equating badass roles with youth, because anyone can be tough no matter their age.

5. Women would take the lead

Step aside, Sam and Dean, because you’re no longer in charge. How great would it be to see Jody, Claire Alex and whoever else taking the lead with the men following in tow? Answer: beyond spectacular.

There need to be more characters on TV and in movies showing young girls they can do anything they put their minds to. No matter what society says, women can do whatever men do, and that’s exactly what Wayward Daughters would bring to the table.

More: Supernatural: 7 Bobby and Rufus moments that need to be in Season 11

7. Another show for Supernatural fans

I mean, how can anyone argue with that? Yes, the Supernatural: Bloodlines spin-off didn’t quite work out, but fans didn’t really know the characters. As for Wayward Daughters, viewers would already be acquainted with the main cast and that would make it successful.

8. It would redefine a hero

Women can also be heroes who showcase courage, bravery and strength. As much as I love seeing Sam and Dean’s heroic actions, I’m ready for Wayward Daughters to present even more female heroes.

Supernatural airs Wednesdays at 9/8c on The CW.

More: Supernatural: 7 Bobby and Rufus moments that need to be in Season 11 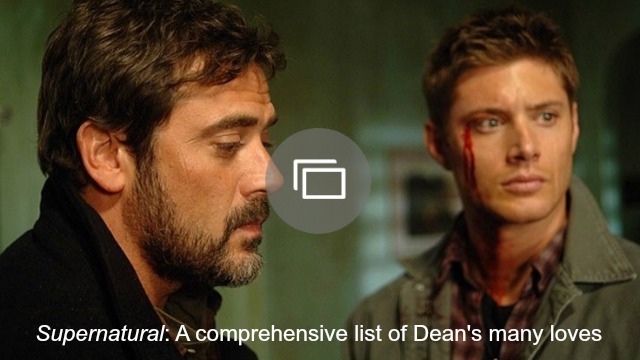