Former Jon and Kate Plus 8 star Jon Gosselin will reveal what he believes was less-than-stellar treatment by the TLC network after he quit the hit show in an exclusive interview with Steve Harvey that will air on Monday, Jan. 25, 2016.

Gosselin says when he left the hit series he was “indemnified” by the network — he couldn’t work in television anymore, nor could he defend himself against ex-wife Kate’s allegations, which he claims TLC backed and the tabloids jumped on. The father of eight also lost his public relations firm and was generally left to fend for himself against headlines that he was a womanizer and a deadbeat dad while the show was still airing, showing the couple as happy and very much together.

He has since retreated from the public eye, but the media fascination with Jon Gosselin’s life continues. His appearance on The Steve Harvey Show marks his first television interview in over two years and he wants to set the record straight on his current relationships with Kate and his eight children, his dating life, his financial struggles and what lies ahead.

During its run, Jon and Kate Plus 8 was one of the network’s highest rated shows. The fifth season premiere was seen by a whopping 9.8 million viewers. During the June 22, 2009 episode, it was revealed that divorce proceedings had begun between the couple. The final episode of the successful show aired on Nov. 23, 2009 and was announced by TLC just three days earlier.

Watch the clip below for more on Jon Gosselin’s treatment by TLC and check your local listings to catch his riveting interview in full on The Steve Harvey Show. 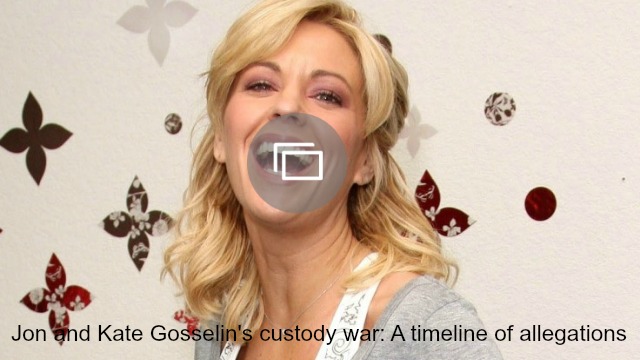