The new A+E special Jep & Jessica: Growing the Dynasty has arrived and with it a new little bundle of joy for the Robertson family.

Jep and Jessica debuted their adopted son, Jules (aka Gus), during the spinoff show tonight, and he is too cute for words. If the pics of the happy family getting to know one another don’t give you at least a little baby fever, maybe have your temperature checked.

Jules is Jep and Jessica’s fifth child together. The couple already has four biological children, three girls and one boy, the latter of which was very happy at the news that there was going to be more guys around thanks to a new little brother.

Let’s be real, the excitement of the family when they saw that little guy for the first time was contagious.

And no matter whether you like what the Robertson family stands for in their politics or how they behave on their show, this was a precious moment that definitely gave us the feels. And it kinda made us appreciate the Robertsons a little more in our hearts.

Thx for supporting us tonight! Hope y'all like #JepAndJessica Now gonna get some rest before @GMA tomorrow Morning! pic.twitter.com/L1EF3bxqpt

When the news of the adoption came out, Jep and Jessica commented on their excitement.

“I think the past few years with Duck Dynasty our eyes have been opened and we’ve seen a lot of kids that are in need,” Jessica said. “I think that was a life-changer for Jep, to see these kids who have nothing. Like they would get a toothbrush and they would just cry over that… I think knowing that we can make a difference and take a child in that maybe would never have a mommy or daddy, you’re changing a child’s life forever. And he’s going to change our life forever.”

More: Duck Dynasty the musical is actually going to be a thing

We’re going to leave this article with some more adorable parting words from baby Jules and his proud papa Jep.

Thanks for the love! This has been a crazy, awesome ride but so worth it! Me and Gus signing out! #JepAndJessica pic.twitter.com/ps0MMcLdGJ

Congrats to the happily growing family! 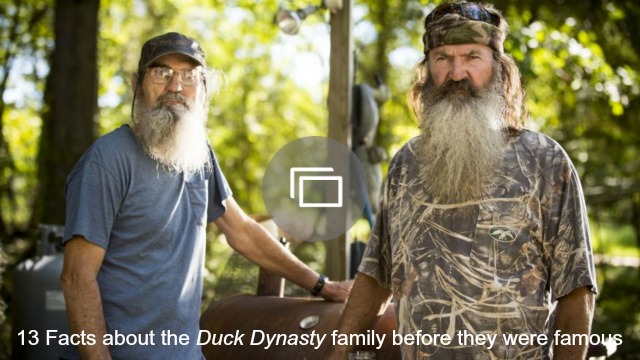