As fans of The X-Files prepare for the return of Mulder and Scully on their TV screens, actress Gillian Anderson is busy on the interview circuit. Most recently, she chatted with GQ and spilled plenty of gossip about the new show and what viewers should expect. The entire interview is worth reading — you should see how well she did on the X-Files trivia quiz at the end! — but we’ve got all the highlights below.

More: The X-Files: 7 Things I learned from the new 21-minute preview (VIDEO)

“David was very enthusiastic from the inception,” Anderson told GQ, adding that her costar played an integral behind-the-scenes role in getting the miniseries off the ground. So if you’re one of the fans who’s been anxiously awaiting the return of Mulder and Scully, please direct your thanks in Duchovny’s direction.

2. But Anderson had some hesitations at first

Anderson has kept herself pretty busy since The X-Files wrapped and especially in recent years: She’s the star of The Fall, she had a recurring role on Hannibal and she’s even appearing in a new War and Peace miniseries. So it’s understandable that her plate felt a little too full to revisit her old series. Still, once she realized that the show wouldn’t be a full 24-episode season but something much shorter and more focused, she changed her tune. “Once it looked like [a shorter season] would be a possibility, I started to get more excited about the prospect of the whole thing and how cool it might be to be a part of it again,” she told GQ.

3. This isn’t a miniseries designed for binge-watching

It makes perfect sense that the X-Files miniseries will be airing on Fox — after all, that’s the network where the original series aired. But if you’re wondering why you won’t be seeing the new show on Netflix or Amazon just yet, it might be because it’s not a series meant for bingeing.

“A lot of the episodes are standalone episodes, so it’s not like there’s necessarily a through-line that is satisfying when binge-watching,” Anderson said. Perhaps we should be expecting some new Monsters of the Week?

More: The X-Files spoilers: Could love still be in the air for Scully and Mulder?

4. The miniseries brings 21st-century technology to the X-Files universe…

“We have cell phones that fit into our pockets, and we have flashlights that actually fit into our pockets,” Anderson revealed, indicating a major shift from the ’90s aesthetic of the original X-Files. I’m guessing we should also be expecting to see fancier computers and alien-spying technology, though those won’t necessarily be pocket-sized.

Anderson told GQ that she loves the escapism of sci-fi. “It just completely obliterates those petty mortgages, and the rising cost of school fees, and the fact that ISIS is taking over the world,” she explained. But she continued to say that those real-world, current-day anxieties will very much be a part of the miniseries. She said that the new show will “[tap] into the Zeitgeist” and present-day paranoias, without being too literal about them.

6. This might not be the last we see of Mulder and Scully

When asked if the new series qualifies as a miniseries or a reboot, Anderson replied, “I guess it’s a miniseries, but sometimes these miniseries become full series, so I don’t know! I guess it depends on where we go with it.” Does this mean there might be even more new X-Files to come? Stay tuned.

7. We have, however, seen the last of Scully’s shoulder pads

“There will not be shoulder pads in any way, shape, or form,” Anderson assured, and I think we can all agree that’s for the best. Nothing beats nostalgia, but some relics of the ’90s should probably stay put. 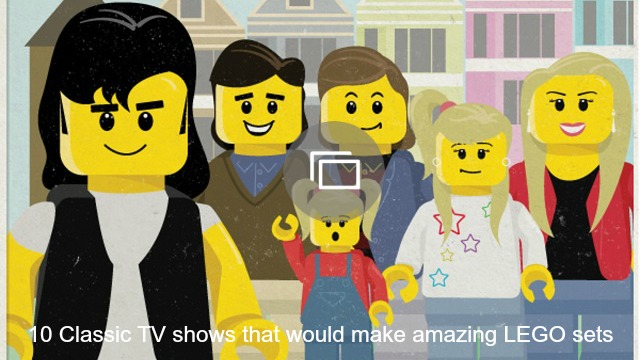