An obvious fan favorite has emerged for The Biggest Loser Season 17: Colby Wright, who once again impressed by dropping some major weight this week. The following are just a few of the many reasons we adore Wright.

1. His love for his wife is the epitome of #RelationshipGoals

Heartbreak is common on The Biggest Loser, but few moments were as painful as when poor Wright was forced to bid his wife adieu. Although she failed to lose enough weight to move on in the competition, Wright made it clear that he was proud of her — and that he would always love her, regardless of her weight.

2. He maintains a positive attitude, even when the going gets tough

Wright has dealt with a lot of adversity over the years. When he was in his early 20s, his father committed suicide. Shortly thereafter, his younger brother died in a devastating car accident. He used food to cope, but now he’s ready to build healthy habits and find a better way to channel his emotions. He’s come a long way in a short amount of time and his positive attitude is an inspiration for the entirety of the cast, as well as for Biggest Loser? fans.

More: The Biggest LoserSeason 17 could be the most emotional yet

During tonight’s episode of The Biggest Loser, Jen Widerstrom claimed that Wright was the ultimate leader. No, he’s not the Richard Hatch kind of leader; instead, he leads by example. Rather than taking charge and bossing others around, he gets his teammates motivated by working hard and remaining positive.

There’s something appealing about a small-town guy with big aspirations. Wright was born and raised in the small community of Screven, Georgia; this background likely has contributed to his affable nature.

5. He connects with fans

It’s no secret that Wright is a fan favorite. His smile and adoration of his wife captured hearts immediately during the season premiere, and now that they’ve seen him persevere without Hope, fans are even more enamored. Several spoke highly of Wright during tonight’s episode.

6. His hard work has paid off in the form of major weight loss

Several Biggest Loser contestants have come away from the weigh-in process feeling discouraged by their lack of progress, but Wright always can be counted on to lose several pounds. This week, he lost eight pounds during the initial weigh-in and then somehow managed to drop another 12. He is the ultimate proof that hard work and a good attitude pay off in the end.

What do you think of Colby Wright’s journey on The Biggest Loser? Comment and share your opinion below. 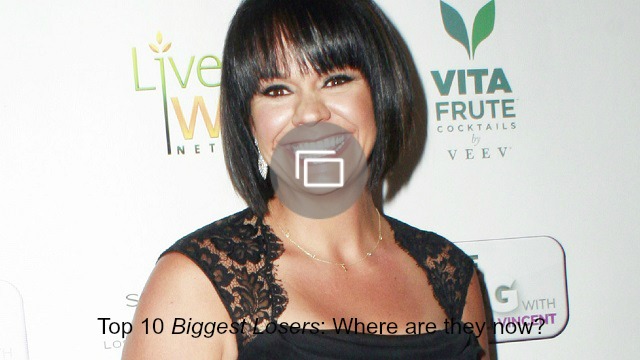