Now that we know Stefano DiMera, played by Joseph Mascolo, is dead for good on Days of Our Lives, we thought we would take a look back at some of his most ridiculous fake deaths over the years.

From 1983 through to 2012, this devious character has been presumed dead on 13 different occasions. Like a phoenix, Stefano always rises from the ashes.

More: How Kate Mansi’s exit will affect Days of Our Lives

Here are five of our favorite and most dramatic deaths.

In 1985, Stefano was shot by Dr. Marlena Evans after he pushed her husband, Detective Roman Brady, off a cliff.

After the villain kidnaps Marlena’s twins, Eric and Sami, she shoots Stefano, which causes him to fall from a catwalk high above an ice show. The building conveniently catches fire from one of his valuable prisms.

DOOL waited six years to try and kill Stefano again. This time, Stefano is discovered in a Mayan pyramid in Mexico, where he’s peddling Mayan codices to John Black.

The two men get involved in a struggle as the cave collapses. The gun goes off, Stefano is shot and he falls into a fire.

More: Days of Our Lives actor arrested for allegedly trying to punch a bartender

1996 was a banner year for the mobster because he was thought to be dead — not once, but twice — in the same year. Stefano plots to kidnap Marlena and even though the police are on to his scheme, he manages to sneak aboard a plane to San Francisco disguised as Rachel Blake. He fakes a plane crash and everyone in Salem thinks it’s the end for Stefano and Marlena.

He instead whisks Marlena off into the caverns underneath the Parisian streets. A chase ensues as John rescues Marlena, an explosion in the tunnels occurs and Rachel shoots Stefano by a gas tank, which immediately explodes. Is Stefano alive?

With the Salem stalker at large in 2004, Marlena and the other supposedly dead victims come upon a burned corpse. Andre DiMera, masquerading as his cousin Tony, tells the group it’s Stefano.

Andre shares that he killed his supposed father by draining his blood to cure his blood disease — such a nice family!

More: Interview with Days of Our Lives star Lauren Koslow

5. Shot by a mysterious henchman

Stefano is dragged out in a body bag, but eight different people had their DNA on the gun. Who shot Stefano DiMera?

It was Ian McCallister, who soon revealed he didn’t kill Stefano, he was only holding him captive. Remember, you can’t keep a good villain down.

What was your favorite death scene from Stefano DiMera? 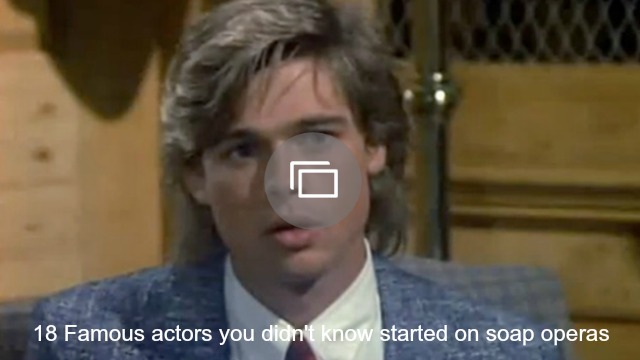