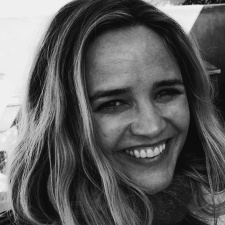 I recently had the pleasure of interviewing Geralyn Dreyfous, whose most recent film is the Oscar-shortlisted The Hunting Ground, a documentary about sexual assault on college campuses. Dreyfous’ executive-producing and producing credits include the Academy Award-winning Born Into Brothels; Emmy-nominated The Day My God Died; and multiple film festival winners, such as Kick Like a Girl, In A Dream, Dhamma Brothers, Project Kashmir, Miss Representation, Connected and The Invisible War.

Clare Munn for SheKnows: Can you give a summary of The Hunting Ground?

Geralyn Dreyfous: The Hunting Ground is a documentary film is about the first breaking epidemic of sexual assault on college campuses. Today, if you are a female and 18 years old, you’re more likely to be raped if you go to college than not. This is the same in the military, where you are more likely to be raped or sexually assaulted than injured in the line of duty. This team of filmmakers wanted to investigate how and why we got here.

CM: Who should see it and why?

GD: Everybody needs to see it, especially anybody with a child attending college or about to go to college. University administrators need to see it as well so they can acknowledge a problem exists. This issue is not unique to fraternities or universities that have more frats or bigger football teams — it’s consistently the same percentage. This is happening in every single college in our country. And we have 4,400 universities and colleges in the United States.

CM: Has the incidence of rape on campus increased recently or has it always been there?

GD: Well, I think the rape culture has been normalized in our culture through media and pornography, and it’s definitely more prevalent today. We are now starting to see people come forward and report these crimes, and because of that and social media, there’s been greater awareness surrounding the issue.

More: Twitter users sound off on what consent is (and isn’t)

CM: What are the statistics regarding campus rape?

GD: The movie invested in research of all the rapes being reported in the last three years, and we came up with the statistic that 1 in 5 women are sexually assaulted while in college. Three months ago, however, Harvard did a survey of over 100 universities, and the statistic came out to 1 in 4.

CM: What happens when cases are reported?

GD: Sadly, there is no standard — it’s different at every single university. Nothing’s been mandated federally in terms of how these crimes are processed. What we need to emphasize here is that it is a crime. Rape is a crime. Part of what we’re calling for in the film is for universities to increase their vigilance around rapes that are reported. When a victim is dismissed or not believed, it’s like a double trauma to the victim, and because of that, fewer women report.

Next: More Q-and-A with the producer of The Hunting Ground, Geralyn Dreyfous