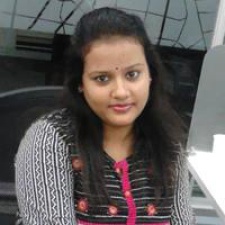 If you think you’ve had quite the year, well you’ve got another thing coming! Nominated for three major awards already this season — a Golden Globe, a SAG award and a Critics’ Choice — and having appeared in nine films in 2015 alone, Alicia Vikander seems to be having the year of her life.

Her elegant fashion sense and graceful poise has lifted her to be the face of the most sought after fashion brand in the world.

2. She’s charming her way into our hearts and those of the critics

Alicia started small in Swedish soap operas, only to catapult her journey to the tinsel town of Hollywood. She now has films like Ex Machina, The Danish Girl, The Man from U.N.C.L.E., A Royal Affair and Pure in her kitty. She has more than 27 acting credits to her name as of today.

She is stated to be starring in the “as yet untitled” Bourne sequel film with Matt Damon.

4. Vikander was admitted to law school before she landed the role in the renowned Swedish film Pure.

Not only did that film win her many accolades in the film circuit, but it also firmly grounded her in her career choice.

Her second film, The Royal Affair, was in Danish and received a nomination in the foreign film category at the Academy Awards. However, Alicia confessed to not being proficient in the language. She apparently asked a Danish friend of her mother’s to record all the lines from the script before her audition.

From a ballerina at the Royal Swedish Academy to an award-winning actress — where to next, Alicia? We wonder and we wait to hear!