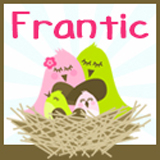 Unless you’ve been living under a rock, you know who Viola Davis is. You may know her as Annalise on How to Get Away with Murder, or you may know her from her riveting performance in 2016’s Fences, which earned her an Oscar nod this year. Wherever you know her from, you’re aware she is a total badass.

Besides the fact that we can’t take our eyes off of Davis when she’s on-screen, here are some other reasons why we’re rooting for her to take home a statue at the 2017 Academy Awards on Feb. 26 — and some other facts about the amazingly talented Davis.

1. This ain’t her first rodeo

Other awards include SAG wins for The Help and How to Get Away with Murder and two Tony awards (King Hedley II and Fences). She’s garnered 49 other nominations for different awards and won 42 other awards, including BAFTA and NAACP awards.

It’s time she wins an Oscar.

2. The woman can give a speech

Between her talk about sexual assault at a brunch for The Rape Foundation last fall, her self-deprecating yet empowering message at the 2016 Critics’ Choice Awards, and her 2015 Emmys speech that we still have goosebumps from, it’s obvious that Davis is a grade-A public speaker.

The Academy needs to bring her up to the podium again.

Davis graduated from Juilliard and Rhode Island College — and received multiple awards at both while majoring in performing arts. All of this training led to Davis winning two Tony awards for her work on the stage.

4. Listen closely to the opening scene of Ocean’s Eleven

That’s Davis’ voice you hear as the parole board interrogator who questions Danny Ocean.

5. Davis was only in one scene in Doubt — but that was enough

Talk about a stellar performance! Davis’ only scene resulted in several award nominations — including the previously mentioned Oscar nomination.

Clearly, Davis doesn’t need a whole lot of screen time to get noticed.

6. She was born on a former plantation

Davis was raised in Rhode Island, but she was born on her grandmother’s farm on Singleton Plantation in St. Matthews, South Carolina.

“I wasn’t on it long, because I was the fifth child, and so we moved soon after I was born,” she told People in December 2016. “I mean, I went back to visit briefly but still not aware of the history. I think I read one slave narrative of someone who was on that plantation, which was horrific. 160 acres of land, and my grandfather was a sharecropper. Most of my uncles and cousins, they’re farmers. That’s the choice that they had. My grandmother’s house was a one-room shack. I have a picture of it on my phone because I think it’s a beautiful picture.”

7. Her big break was in a movie with Sarah Jessica Parker

Davis received her SAG card for a small, one-day role where she handed Timothy Hutton a vial of blood in 1996’s The Substance of Fire, which also starred SJP.

8. Davis improvises some of her own scenes

That famous scene where she pulls the wig off her head in How to Get Away with Murder? That was all Davis’ idea.

9. Annalise is not Davis’ first foray into the bad-girl-involved-in-law role

Davis portrayed serial killer Terry Randolph on the show Law and Order: Criminal Intent. It appears to be one of her favorite roles as she was able to portray the character to her own desires.

More: Viola Davis wants her true-life rags to riches story to be a fairy tale