The Duggars themselves have mixed feelings about Jill & Jessa: Counting On. In a tearful promo for Sunday’s episode of the three-part series, Josh’s wife Anna gets emotional discussing his actions. But Dillon King, Amy’s husband, isn’t buying the tears, and he doesn’t want viewers to support the show either.

King thinks Anna and/or TLC’s attempt to pull at our heartstrings is going too far. “It looks like they are using all the emotion for ratings,” he told In Touch. “It’s just not right.”

As Radar Online points out, King also chimed in when country singer Brad Paisley made a pointed joke about Josh at the Country Music Awards. He wrote, “@bradpaisley you are the man!!! #bestthingever,” but eventually deleted the Instagram comment.

More: Anna Duggar may have sad motives for appearing on Jill & Jessa: Counting On

In the promo, Anna calls Josh’s lies “such a betrayal” and says, “It was not only a betrayal against me, but it was a betrayal against those that call themselves Christian. Here we were as a Christian couple, and everyone was able to see us get married and to vow before God to be loyal to each other, and that loyalty was broken.”

More: Jill and Jessa Duggar’s new show could get canceled

Episode two of three of Jill & Jessa: Counting On airs this Sunday at 9/8c on TLC. 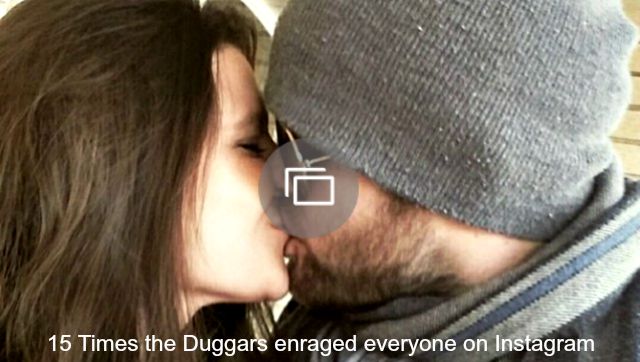 Will you watch Jill & Jessa: Counting On whether the emotion is real or not? Let us know in the comments.