During an interview where she admits she fakes it, explaining, “That’s a way to say, ‘Wrap it up,'” Amy Schumer got pretty serious about a few aspects of her life that, to her, are no laughing matter.

Proving she has a serious side, too, Schumer got candid about her family and personal life. During the all-bets-are-obviously-off interview with Barbara Walters for the 10 Most Fascinating People in 2015 special, Schumer left it all on the table, as she usually does.

Schumer opened up about her father and his MS diagnosis, explaining to Walters just how difficult that has been for her family. She was tearful when she explained how, during a difficult time, it was her soaring comedic ability that helped keep everyone smiling.

She explained, “In terms of my dad being sick, it was just confusing to me, especially the way MS works. He was in physical pain. That’s when I kind of took the lead and took care of everybody in my family. I would keep them — I would keep everybody laughing. I’m the one who ties it all together.”

She also reluctantly admitted to Walters that her father is “not good.”

And while it is hard to hear her speak of those painful times her family has gone and is going through, it solidifies Schumer as the gold standard of inspiring people in her ability to always be brave and confident in the face of overwhelming odds.

Like when she tells Walters that she’s been getting death threats for 10 years. You read that right, she’s been getting death threats, you know… because she’s a woman who dares to speak like a man or tries to make it in a man’s profession (read: all sarcasm). But she refused to back down and isn’t afraid to carry on her work, even in the face of danger.

She goes on to relate it to her most recent movie, Trainwreck, saying, “Did this animal seek out my movie? From the way he felt about women, it sounds like he did. If I can help at all, I’m going to try. Even if that means I’ll get hurt.”

Seriously, how good is Amy Schumer? I thought I couldn’t love her any more.

She wasn’t done discussing her personal life with Walters, though. Schumer got candid about her potential future family as well. Now, just remember, Schumer is a Peabody-winning writer and has been nominated for an Emmy, but she says there is one major life goal she would love to reach but doesn’t think she will ever attain: having a family of her own.

“I would love those things, but I don’t really see it for myself,” she said. “I hope that happens, but I don’t know how realistic it is.”

More: Jennifer Lawrence is refreshingly honest about marriage and having kids

While Schumer doesn’t elaborate on why she doesn’t think that will ever happen, it drags out the adage about women not being able to have it all, which is just sad and depressing. But with advances in modern medicine and, of course, the always-an-option adoption, I for one, am hoping Schumer doesn’t take being a parent off the table anytime soon, because, seriously, the world needs her to raise a child.

She does explain that as much as she has achieved so far, she is not done yet in the film industry. She said that in the next 10 years she wants to see herself behind the camera, “expressing myself creatively somehow, as a director or producer.” 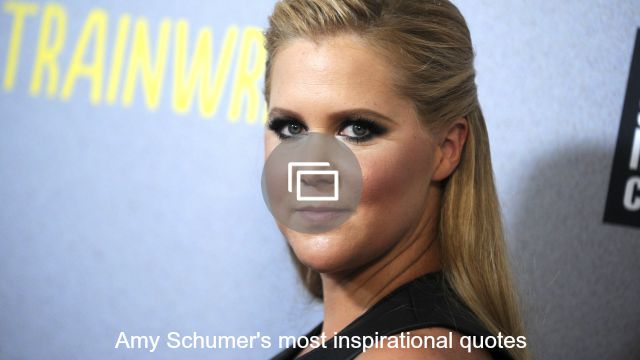