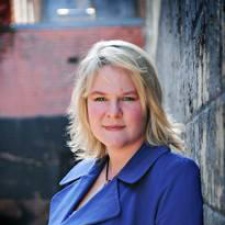 When I found out I was going to be in the Toronto area to attend a conference, I snagged a couple of Blue Jays tickets for my Mom. She is a huge fan and the Jays were in a stellar position for the playoffs. The night of the game, my uncle attended with her while my aunt and I decided to find a movie.

Walking from the Rogers Centre, arm in arm, we happened upon the Toronto International Film Festival. Excited at such a coincidence, we stood in the Rush line, in case extra seats became available for the sold out performance of a highly sought after premiere.

Chuckling at our optimism, along with our accompanying position near the back of a very long line, one of the TIFF volunteers made the helpful suggestion that if we weren’t successful at our first choice, there was another Rush line about to form for the movie, Room. He said he had heard great things about it and would highly recommend it.

Sure enough, we were left standing empty handed after the last of the extra tickets were gone. We proceeded to scamper across the street to wait for Room. We were playful and giddy as we waited in the rain, as if we were groupies hoping our favorite band would throw a guitar pick our way.

Within minutes, we were in. The line went fast and furious, and we had to approach the ticket booth with cash in hand before being directed to our nose bleed seats at the top of Princess of Wales Theatre. We were tickled pink.

Throughout the movie, you could have heard a pin drop. There were so many emotions to take in. The thought of a woman being kidnapped as a teen and then having a son, while being locked in a small room, was captivating.

The story left the audience crying, holding our collective breath with our hearts beating, in anticipation of every scene. The story was difficult and hard to watch as well as deep and emotionally involved.

Since the night I watched Room, for the first time, I have thought about this movie often. There was something about it that left a lingering impression; it contains so many life lessons.

If I had to sum up what I got out of Room it would be that it was a testament to how to live well despite difficult and seemingly insurmountable circumstances and the ways creativity can sustain us.

In case you haven’t seen the movie yourself, I don’t want to give anything away, so I invite you to either recall or look for how Ma was able to keep Jack occupied — with a positive outlook. Notice how, even in a confined space, Ma empowered and encouraged Jack to stay healthy. Observe how Ma demonstrated extreme self-care when she was at one of her lowest emotional points.

Pay attention to how Jack was happy as long as he received attention and love and how Ma was able to nurture and care for him, despite their trauma. Finally, use their story as a demonstration that there is always a solution to something that may seem daunting or impossible.

In my humble opinion, Room is a movie that deserves to win a 2016 Golden Globe Award, for which it is nominated, as it was one of the most thought-provoking pieces of cinematic storytelling I have seen in a long time. If you have yet to see it, prepare to be shifted, moved and impacted. We’ll see if it gets the accolades it deserves.

More: 5 Reasons Sarah Hay from Flesh and Bone should win a Golden Globe