The real reason behind Farrah Abraham’s rumored exit from Teen Mom might be more dramatic — and violent — than people initially thought.

According to Radar Online, Abraham turned violent with longtime Teen Mom producer Larry Musnik during filming. The whole thing is caught on camera — though, of course, the latest preview cuts off just before the supposed incident occurs.

Farrah yells at Musnik in the preview, saying, “I don’t need to be part of a trashy-ass reality show! I made millions of dollars doing other shit!”

According to a show insider who spoke to Radar, she then “turned physically violent. She punched and shoved the producer.”

The fight started when Abraham wanted to break her contract with MTV to appear on a reality show with another network. The show, which goes unnamed, would have featured Farrah working through her tumultuous relationship with mother, Debra Danielson.

With yesterday’s release of the preview, rumors started brewing that Farrah will leave Teen Mom. Farrah herself is even playing into the game with an Instagram post advertising the show: “Get Ready to find out what’s really the truth January 4th 8pm.”

Costars are getting involved in the spat as well. Leah Messer even started a #TeamLarry hashtag and, of course, fans were only too happy to be a part of the drama.

@F1abraham Do you realize the only reason you have the life you do is because of MTV. Show some respect #TeamLarry

Of course, as fun as this drama is, discerning fans will notice that Abraham posted photos with Musnik as recently as Saturday, Dec. 12. So how bad is this beef, really? Is there really a #TeamLarry vs. #TeamFarrah, or is there just one team… #TeamMTV?

I guess we’re going to have to watch Teen Mom and find out. Sigh. 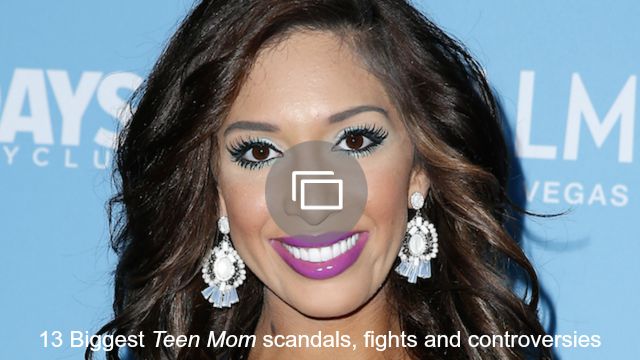