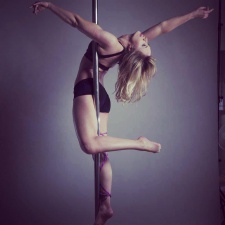 Of all the genres I love to read, fantasy is my favorite in which to get lost. When it comes to a great fantasy novel, I could spend the entire day reading and not even have noticed that the day is gone. The fantasy genre captivates me more than others because I love the idea that there are entire worlds running parallel or even entwined with our human world, or the books catapult you to a distant time and place. I get very attached to characters, so I like to read series more often than stand-alone fiction. I get so attached that, quite often, it’s as though I can fall in love, have my heart broken, weep for loss and rejoice for victories right along with them.

Now we all know and — most of us — love the most popular fantasy series out there. The Hobbit and Lord of the Rings, Harry Potter, The Twilight Saga and The Hunger Games franchise are all top of the heap for many reasons — but there are many unsung, yet still successful, series that I think you’ll enjoy that will expand your horizons from the conventional popular fantasy of today.

Five fantasy series you have to read to believe

There’s a series for everyone

It can be so liberating to get lost in a good book. With the weather getting colder, it’s the perfect time to curl up and find one you enjoy! Whether you’re into stories about heroes and dragons, fairies and magic from nature, or witchcraft or vampires and other creatures that go bump in the night, there are so many underrated series out there to explore. Just when you think you know everything to know about your classic fantasy themes and stock characters, a new take comes along that can take you on a whole new ride, and it will give you that first-time feeling of when you stepped into a fantasy land.