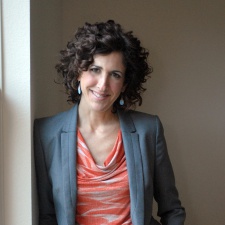 It’s been nearly two years since the final episode of How I Met Your Mother aired — my favorite show — and I still can’t watch the reruns.

For nine years, the primetime sitcom was nearly perfect. Original, creative and clever, with characters like dear friends, each episode was filled with truth, humor and heart. Truly, the show was a thing of genius.

Then, in the final episode, the creators negated every single honest thing they’d taught us about love — and in the process all but ruined what, until that moment, had been a nearly note-perfect series.

If you live in a Turkish bathhouse and somehow missed this cataclysmic series finale… major spoiler ahead. (Salutes: “major spoiler.”)

The titular mother dies, Barney and Robin get divorced and Ted finally — finally — shows up with the blue French horn to claim Robin, who seems to have been his true love all along.

If that recap is making you quiver afresh with righteous outrage, you’re not alone — and you’re not wrong.

Here’s why the finale was not only a shatteringly awful way to culminate the beautifully orchestrated series, but was the first truly sour, dishonest chord HIMYM ever struck.

HIMYM built a relationship with us

As with any relationship, at first viewers and the show had to get to know each other, quirks and all. What the hell, this is a story within a story? And the series is actually a flashback? That freely jumps around in the time line? With characters who have a blog or a web site selling designer clothes that exists in real life? And what the sweet Raptor Jesus is up with the goat?

As with many love affairs, gradually the very things that struck us as odd at first became the most endearing. We learned what “eating a sandwich” meant. We knew all the lyrics to the not-so-complicated “Bangety-bang.” We were all on the edge of our seats waiting for the next slap.

Early in, the show seduced us, right along with Robin, into believing that she and Ted might just be the perfect fit — she had to be the mother, right? But wait… present-day Ted calls her Aunt Robin… hmmm… The juicy mystery that she clearly wasn’t was part of what kept us tuning in. Yet, their courtship was legen — wait for it — dary, the very best of sitcom romance.

Once they were finally a couple, the dynamic fell kind of flat. Like a lot of relationships, the appeal of theirs turned out to be mostly about the chase.

Problem #1: the Ted and Robin mismatch

Ted and Robin just weren’t magic together. They didn’t bring out the best in each other. Ted was too squishy and needy for someone like Robin, and she was too free-spirited and independent. Ted was a pie-eyed romantic; Robin a hard-nosed realist. Each one always seemed to want what they couldn’t get from the other. They didn’t feel, at the core, like a good fit, the way Lily and Marshall did — or the way Robin and Barney did.

When the writers (Carter Bays, Craig Thomas and a slew of others) developed the new story line of a romance between Barney and Robin, it was (sing it with me, Barney style) awesome!

It worked really, really well. The two had similar personalities, which was clear as early as season one, the first time Robin filled in for Ted as Barney’s wingman and suited up and smoked cigars. They had similar relationship MOs. Robin may have actually dated, but for the most part she wasn’t really giving any more of herself than Barney was. They had compatible sex drives — and apparently kick-ass sex — and except for a bizarre plot device in season five where they inexplicably suddenly brought out the worst in each other, they actually brought out the best in each other. Robin found someone who accepted her for who she was and didn’t want to change her — unlike Ted. Barney found someone with whom he could be himself — and with whom he could be open and genuine. Barnstormer and Ro-Ro were the perfect rough-edged counterpart to Marshmallow and Lilypad.

As Barney and Robin’s relationship developed and each of them grew and changed from it — like you do in the best relationships — Ted finally found the person who filled his bottomless love hole and calmed his relationship neuroses: with Tracy McConnell, the long-awaited Mother. She charmed the entire viewing audience from her very first appearance at the end of the penultimate season, and continued to win our hearts completely in the final season — no mean trick in a series that had gone on for eight years without her, and with that kind of buildup and such a cohesive cast of characters no less. She fit — with Ted and in the series. And in one short season, we invested in her (and in them) 100 percent.

In later interviews, the show’s creators admitted they knew all along that the Mother would die and Ted would end up with Robin. That’s not a bad story idea: how love is imperfect and tragedy can befall us is honest and real and painfully true, like most of the series itself.

No one expected the series to go on as long as it did; and as it developed and grew, the characters changed — just like real people. Maybe Robin and Ted could have turned into a perfect fit eventually if the story had ended a few seasons in; and we’d have been happy that they wound up together.

Instead, we invested in other pairings, because Bays and Thomas excel at drawing that emotional involvement from their audiences. They spent the next seven entire seasons doing it, slowly convincing us completely that Barney and Robin utterly belonged together, just as Ted and Tracy did. The story had changed, and the characters had changed.

But the writers refused to accept it.

Instead of letting the story and the characters dictate their paths organically, they bulled forward in forcing on them the ending they’d already envisioned, like an unhappy couple trying to force each other back into the mold of who they were instead of who they’d become.

In a single, disastrous episode, the relationships suddenly reverted to what they were five seasons earlier. Barney lost all the depth and layers of vulnerability he’d developed and inexplicably regressed to the shallow womanizer he was at the series beginning. Ted lost the love he — and we — had spent a decade trying to find.

In one 44-minute whiplash turnaround, Carter and Bays betrayed all the character growth and change they’d created. And worst of all, HIMYM lost all of its deft touch, its finesse and its honesty.

The disaster of the last episode was more egregious than the lackluster end some popular series have produced — like Seinfeld and The Sopranos. It was a negation of everything HIMYM had created. In less than an hour, it ruined everything they’d so beautifully built over the last nine years. The creators turned it all into a lie. The show was never how Ted met his kids’ mother — she was just a device to show how he won his real love, Robin.

The same way infidelity can destroy all the good memories of a relationship, the show’s final betrayal left a bitter taste in my mouth.

I’ll get past it eventually. There are too many wonderful memories not to. But not until I can erase that final episode from my mind and let myself believe that the penultimate episode — Marshall and Lily’s touching renewed vows, Barney and Robin’s pitch-perfect wedding and that final, glorious slap — was the last one.

Only then will I finally be able to look back at the nine wonderful years I spent with HIMYM with nothing but love.

Phoebe Fox is the author of The Breakup Doctor, Bedside Manners, and Heart Conditions, part of the Breakup Doctor series (from Henery Press). You can find her at www.phoebefoxauthor.com and have news and relationship advice delivered right to your in-box here. You can also find her on Twitter, Facebook and Instagram.