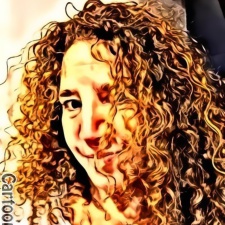 I have always had an appreciation for animated films, and naturally, I grew up with all the Disney classics. It wasn’t until college when I went to see Disney’s Aladdin in theaters that I became obsessed with Disney and eventually Pixar animated movies. Quite frankly, I would rather see an animated film than a film with live people. One of my greatest joys has been sharing this with my children throughout the years.

The Toy Story trilogy has been one of the favorites in our house. Interestingly enough, Toy Story was released about a month before my oldest son was born in 1995. I saw the movie in theaters and purchased the video as soon as it was released. My son could be heard running around the room, shouting “To infinity and beyond!” Toy Story 2 and subsequently Toy Story 3 were not to be missed. My daughter and I both loved how the story came full circle.

After watching and rewatching the film probably hundreds of times by now, I figured it was time we all discover which character we’d be in the film. Are you Woody, Buzz Lightyear, Mrs. Potato Head, T-Rex?! Find out by taking the quiz below.

Quizzes to take next: