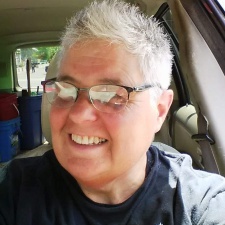 When we look at pop culture milestones, let us offer a nod to two landmark television series: Will & Grace (1998) and Ellen (1994). Both would prove critical to queer audiences seeing themselves represented consistently in prime time, network comedies.

The barren landscape of queer TV

To date, we had seen gratuitous girl kisses between characters on both Roseanne and L.A. Law, placement for shock value aimed at ratings rather than considered cultural education. Before that, we were limited to Liberace, whose musical grace allowed him the freedom of comic caricature — and to veiled, slightly bitter references made by Paul Lynde and Truman Capote in the course of Merv Griffin’s late show couch.

Stereotypes were either mincing or menacing depending on the movie of the week, like Making Love (1982), starring Kate Jackson. Even 1982’s motion picture, box office hit Victor/Victoria relied heavily on stereotype in order to be palatably presented to the public.

The year before Will & Grace debuted, Ellen Degeneres took a huge step. “The Puppy Episode” was a metaphoric title deliberately leaked by series producers for what we all guessed would be a coming out party. It was high time.

Having already built a standard audience, in 1997 Ellen gave LGBTQ folks a nervous grin of acknowledgement that sent North American queers into clubs, bars and houseparties around the centerpiece of television for the big night. Shored up by the likes of Oprah Winfrey, Demi Moore, Melissa Etheridge and k.d. lang, the big beans finally got spilled.

Ellen, bless her heart, got the ball launched, but then seemed to get swept up in her own avalanche of long-muted subject matter. The show’s weekly themes became one-note, and fans of all identities missed the easy comedic flow of the original series. Ellen Degeneres paid a heavy price professionally, but the television screen door she crashed through would never be able to close again.

Will & Grace proved queer relationships were a lot like hetero ones

Along came Will & Grace — leavened by a straight woman lead character pre-destined to learn the finer points of relationships, business and how to throw a great brunch through her sexually-non-threatening BFF who happens to be a gay man. It was a good start, and

Over time, the show took on storylines about Will’s struggles with romance. The writers didn’t resort to limp-wristed foppishness — unless the character was deliberately making fun of himself. In Will’s character development, we finally got to go beyond the frothy whipped topping — and the teeth-cringing chew of tinfoil wrapping — to some of the full flavors of a queer relationship sundae. Dates made mistakes. Hearts got broken. Eye candy and innuendo were no longer enough.

Will and Grace’s love lives were revealed to have much more in common than not, and TV viewers finally got the point. Having a pop-culture reference in common made supper table coming-out conversations between family members a lot easier. By 2001, we were all ready for Queer as Folk — well, maybe we were almost ready.