Well, Season 7 of The Vampire Diaries is going to be an explosive one — literally. But more on that later. Fans watched as Season 6 ended with Elena’s heartbreaking goodbye and a mysterious flash-forward, and now this new season is bringing scarier supernatural beings in the form of Heretics and even more darkness to the town of Mystic Falls. Surprise, surprise.

More: The Vampire Diaries will introduce its first same-sex couple in Season 7

Based on the new trailer for the upcoming season, Stefan, Damon, Caroline, Bonnie, Alaric, Matt and Enzo aren’t going to be resting easy. Actually, the Heretics and Mommy Salvatore are wreaking havoc on the town and uprooting the lives of our favorite characters. With that said, let’s dissect the trailer and what spoilers were provided to hold us over until the Season 7 premiere.

1. The Heretics have taken over Mystic Falls

In addition to the Heretics being part witch and part vampire, they are also taking over Mystic Falls. Yep, Caroline, Stefan, Damon and everyone else no longer live in their hometown. As Caroline asks Stefan in the trailer, “Are we making a huge mistake handing over our town to a bunch of supernatural terrorists?” He replies, “Yeah, probably.” So, where are they now living? And will they ever return to Mystic Falls?

2. Steroline is hot and heavy

For now, it looks like Steroline is going strong. Be sure to keep your eyes peeled for one steamy kiss between Caroline and Stefan. It’s glorious.

In one quick glimpse, we see Damon rising up out of a coffin, gasping for air. What does that mean? Thankfully, he’s still alive, so that’s all that really matters.

This is where that explosive part comes into play. Stefan asks an anonymous someone to help him make a bomb. Then, you see an explosion. Never did I think Stefan would dabble in bomb making.

6. Bonnie and Enzo are working together

The trailer makes it look like Enzo and Bonnie are working together. It’s hard to say for certain, but if true, it sure is interesting. Is Enzo the person Bonnie will be dating this season? Executive producer Julie Plec told TV Line about Bonnie’s romantic future and if they’ll be pairing her up with someone, “Yes, yes we are. It’s not a woman yet, but it’s a little bit surprising. It comes strangely out of nowhere, but it will make a lot of sense. That’s my enigmatic tease.”

7. Damon is still as snarky as ever

Even without Elena by his side, Damon still has his wit. Thank goodness.

Now, watch the trailer for yourself.

The Vampire Diaries returns Thursday, Oct. 8 at 8/7c on The CW. 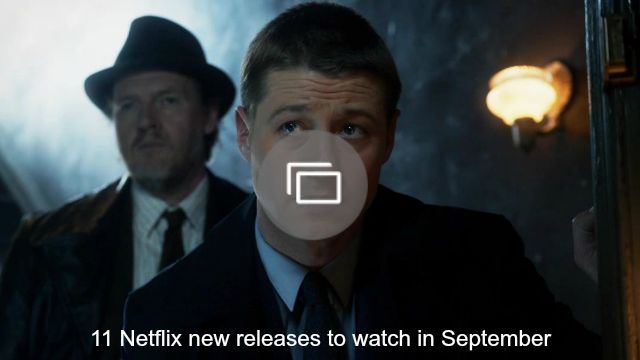