Not even two weeks into Celebrity Big Brother UK and already Teen Mom‘s Farrah Abraham has our friends across the pond ready to de-friend us and ship her back to the States.

Death threat? More like another Teen Mom tantrum. Because while she may be ready to “straight up f***ing kill” all of them, after two weeks of dealing with Farrah Abraham’s F-bombs and other antics on Celebrity Big Brother UK, the only people her words struck fear into were the censors who’ve been working tirelessly behind the scenes to keep her tirades from being too hot for telly.

The tables have turned now that we’re not privy to the international version of Farrah’s infamous insanity. But while we may not get all the deets on a daily basis, any fan of reality TV in America knows that if tables are turning, trouble is going down — much like Abraham’s already bad rep.

That’s something viewers have found to be the least of her concerns, as Abraham stepped foot in the house and quickly declared herself Queen B. So far, very, very few of her castmates seem to find her unworthy of the crown.

Not just because of these top five moments, but because in just two weeks, a top five list even exists. Meaning, by now, the cast of Celebrity Big Brother UK has experienced more teen mama drama than any one person — let alone country — can take. It’s these top five moments that have the U.S. saying, “You’re welcome,” and “We’re sorry,” as Londoners learn the hard way that while she’s ratings gold, Farrah Abraham is also unabashedly and vehemently bold.

4. Farrah wants no part of you, James Hill — literally 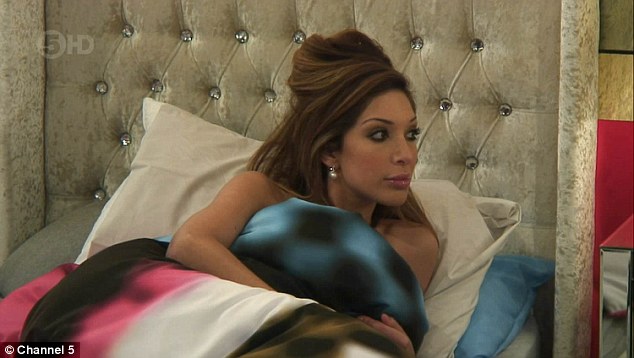 Apparently, the self-absorbed Abraham and “dipshit” Hill have a will they or won’t they/Ross and Rachel thing going on that everyone else in the house sees, and Farrah refuses to admit. But maybe there’s a U.K. version of Friends with an episode where Ross asks Rachel what she’s looking for in a man, and she gives him a smirk and says she wants someone with blond hair and blue eyes — you know, clearly not Ross. Then Phoebe teases her later, telling her she thinks she has a crush on him, and Rachel lets her know there’s no way she’d even go there by saying, “I’d probably break his dick off.” Yeah, we’d probably remember that episode if it aired here. Or maybe the Ross and Rachel concept itself is something that’s somehow lost in translation between the two English-speaking countries.

When Abraham and her fellow Americans were given the secret task of doing everything they could to get their British counterparts’ knickers in a bunch, viewers in the U.K. were confused. Farrah’s not so secretly been doing that every day. Where’s the challenge in that? No challenge at all. Producers gave Farrah the freedom, nay, the right to go below the belt, while the British housemates had to sit and maintain stiff upper lips to win.

They lost the challenge, and the rest of the U.K. lost respect for the Americans, who were cheering their victory as though they’d just won an Olympic medal. As far as we know, there’s no category for hurling out extremely graphic, homophobic and horribly offensive words that leave your opponents in tears. Not a proud moment for the U.S.

2. Farrah puts Bobby Davro and his affairs on blast 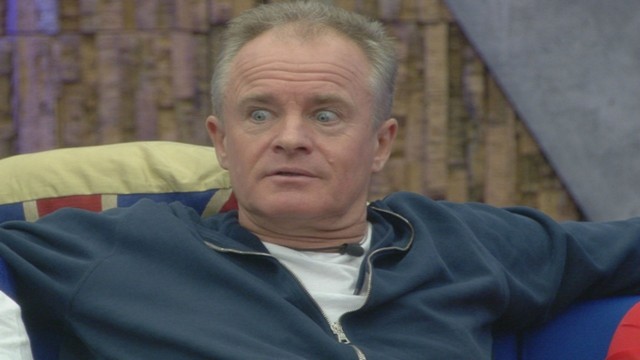 Fighting a fight that wasn’t even hers, an apparently bored Abraham approached British actor Bobby Davro in defense of her only ally in the house, Jenna Jameson. And she did it by going “there.” “There” being the place that most reality stars try to avoid — the place where family is brought into the fray.

More: Farrah Abraham thinks she’s the victim in her feud with Bobby Davro

Farrah: “All you do is talk about your wife — but you cheat on her with your f***ing girlfriend because you’re such a f***ing bastard. Go f*** yourself. You’re a failure to Britain, bitch!”

Forgetting that she’s literally living in a glass house, Farrah flung back into the room to throw some more stones after hearing a very calm Davro say that he feels sorry for her. But Abraham was quick to let him know that she has a “great f***ing life,” and beyond that, she’s the better comedian of the two, because “I just made you laugh, bitch!”

Seeing that she’s clearly mastered the use of the F-word but doesn’t know the difference between someone laughing with her and someone laughing at her, like Davro, British viewers were left almost feeling sorry for Farrah — almost.

1. Farrah lets the world know that you don’t mess with her family, her food or her flip-flops

Bringing us right back to where we started, the Teen Mom star’s tantrum was heard ’round the world, making everyone sit up and take notice as we heard about the fights and the fallout that followed.

Fans of reality TV know that those are the things that get you booted off a show; at least, they used to be. However, as shown in that “secret task” and other twists in the show that clearly favor the U.S., the execs of Celebrity Big Brother UK appear to be going out of their way to keep as many Americans on the show as they can. And Farrah Abraham is one American they’re not ready to lose. After all, it’s only been two weeks.

How long do you think Farrah Abraham will last on Celebrity Big Brother UK before her housemates send her packing?