Heather Thomson has revealed what the future holds for her and The Real Housewives of New York — and her fans are sure to be disappointed.

The reality star told Entertainment Tonight she will be leaving the hit show to focus on her family and her business, Yummie by Heather Thomson. Why? Like many women, Thomson just decided there aren’t enough hours in the day to do it all.

“The reality of it is that I just can’t do it anymore,” she told ET on Tuesday. “I have to focus on the things that are really, really important in my life and that’s my family and my business. While I’m filming the show I also am running a multimillion-dollar business, and it takes away a lot of my time from the company.”

Thomson said she feels like her three seasons had a natural progression that came to an end.

“My third year I kind of figured out where I was with the women,” she explained. “There was a beginning, middle and end for everything, and for me, that was the end.

“The opportunity, the experience — it was all amazing while it lasted,” she added. “But, again… the third time was the charm for me.

“They don’t match you with normal people you’d gravitate toward — that’s the genius of the casting,” she said. “They put you in a situation of people you wouldn’t normally be with… that is interesting to see you react and interact with someone you wouldn’t normally hang out with… Ramona [Singer] is not someone that I think if we met socially, either of us would gravitate towards one another… we overcame our differences.”

But her decision doesn’t mean we’ll never see her on the small screen again. The star said she is leaving the “door open” with Bravo. 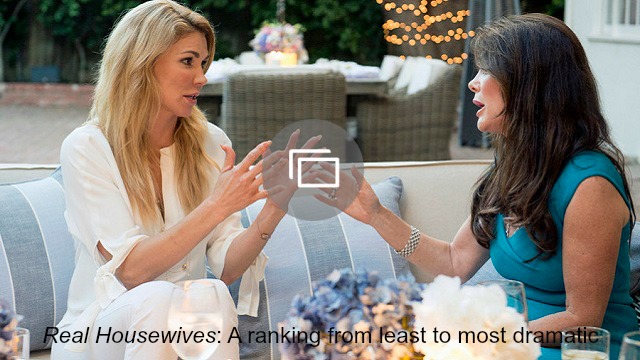