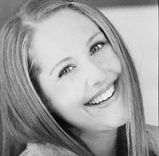 The summer I turned 16, I decided that I was officially an adult. And adults didn’t go to summer camp and they certainly didn’t frolic aimlessly with their friends in the yellow heat. They worked. So I set my sights on an internship at the family-owned WOR Radio 710 in Manhattan, where a friend’s father worked as a radio host. Despite having no résumé, a handwritten letter sealed with hope and the promise of hard work landed me an internship.

Three days a week, I would hop on the LIRR from Locust Valley, switch trains at Jamaica, arrive at Penn Station and make my way up to 1440 Broadway, home of the famous WOR, where Joe Franklin, John Gambling and Larry King had all hosted shows.

From the subway, I would walk among the suits with my clear stockings (packaged in an egg and not so passé in 1998), chunky heels clicking away like I belonged, yet always a bit in awe of the massive buildings, where the sun glistened off just about anything, paving the way to my new summer office. The freedom to buy a muffin or coffee at the just-opened Starbucks was tickling. Not that I ever actually ordered that coffee — young girls sipping on macchiatos didn’t exist just yet.

At the radio station, I quickly earned the nickname Little Lindsay, and while little (both in age and stature), I came to be known for my big personality, eagerness and willingness to try and do anything. I was even considered pretty professional for my age.

The most famous of hosts on the air at the time was an idol of mine: Joan Rivers. There was no Fashion Police then, and no real red carpet commentary. She was just the brash, blond-haired comedian who had made me laugh and think twice about what outfits I’d wear to work — just in case we ever crossed paths. Her show was on in the evenings, and I worked during the day. But hey, you never know.

My opportunity to meet Joan Rivers arrived when she was slated to fill in for one of the afternoon drive hosts who had called in sick that morning. Ms. Rivers would host his show that afternoon, have a break and then host hers a few hours later.

I knew I would meet her, and my outfit was coincidentally perfect: a white pleated skirt with a thick ribbon waistband that my 16-year-old self considered high fashion, a light white sleeveless knit sweater and black sandals with a little heel and jewels making a V at my toes. My normally curly hair had been blown straight, a pattern starting that summer (and continuing today) meant to impress my new and older off-to-college boyfriend. What would he think after I met Joan Rivers?

It was 2 p.m. She was broadcasting out of Joan Hamburg’s studio and I hadn’t yet run into her.

So I decided to ditch fate and timing and make it happen.

I would find a reason to need something from Joan Hamburg’s studio, break my way in on a commercial break and see her in person. With a deep breath, my shoulders back and feigned confidence intended to mask my shaky hands, I opened the door to the control room.

“Hey guys,” I said to the engineer and the producer, “I’ll just be a second. I need Joan Hamburg’s binder from today’s show.”

With nods all around I opened the first steel door. And then the second steel door into where she was surrounded by a radio console of buttons, microphones and switches. The entire control room would hear our conversation through the speakers and see it through the glass.

I smiled at her.

She squinted at me.

And before I could speak, she did.

“Who are you and what are you doing in my studio?” the raspy voice shot toward me. Knowing that timing was one of my best assets, I punted right back.

“I’m Lindsay, the summer intern here, and since this is actually Joan Hamburg’s studio, I was just grabbing her resource binder from this morning’s show.”

Let’s just pause so I can describe my surroundings. There was no available Internet (I don’t even think I knew the word “digital”), so show research was saved in binders, each studio a rainbow of three-ringed plastic cases filled with newspaper clippings and magazine articles. And to reach the host? Typical schoolgirl scratches of paper passed from producer to talent, of course. Hand signals across the glass and verbally through a sound system when on commercial break also worked as well.

And Joan Rivers? She was dressed as you would picture her to be. Colorful blazer, a big choker necklace and matching earrings. Her face was fully painted and her hair so done it wouldn’t blow. Even in Chicago.

More: 5 Things Joan Rivers wanted you to know about gay rights and suicide

A smile crept across her face at my smart-mouthed response.

“Well, do you need anything else?” she asked.

“My pleasure. Now get out of my studio,” she said with a warm smile that made me love, not hate her.

“Great to meet you, Ms. Rivers,” I replied. “Everything I hoped it would be, actually.” I smiled a big, toothy smile.

“You too, chicklet, you too,” I heard while opening the first steel door.

I met her. I met Joan Rivers. And it was fun! Now, what to do with Joan Hamburg’s binder so I wouldn’t misplace it? I had no sooner put the binder down when Joan’s producer breathlessly ran over to my desk.

“Lindsay,” she said. I turned around, and as my eyebrows were in mid-raise, she continued. “Joan wants to see you back in the studio. Can you come in and talk to her on the next break?”

“Absolutely. Is everything OK?” My mind went to the worst. Did I do something to offend? Too quippy? But back into the studio I went, nervously. Steel door. Second steel door.

“So, I’ve been thinking,” Ms. Rivers said, smiling. “I like you. You’ve got chutzpa, kid. Want to be on the radio with me tonight?”

“I would love to, Joan. Thank you so much. Is there something specific you want to talk about or are we just winging it?”

“Of course, chicklet, and I can see that your mind already works like a producer’s. This is good.” She paused and I waited. “Are you comfortable talking about being a female intern on the radio?” she asked. I nodded.

Reminder: It’s 1998. Internships weren’t as prevalent as they are today. “We are going to talk about Monica Lewinsky.”

Oh. And there was that. But…

Joan Rivers wants me to be on the radio with her tonight!

After calling my parents to alert them that I’d be taking a late train home because, ahem, I’d be joining Joan Rivers on the radio in a few hours, I anxiously counted down the minutes to “go time.”

I sat in the control room and watched the first 20 minutes of Joan’s show, just as I would any other on WOR, separated from Ms. Rivers by only a few thick pieces of glass. Perched at her console, she calmly devoured a vending machine-sized bag of M&Ms (her staple ?— ?not a day without them) as the minutes flew by. Her M&Ms dwindled as my heartbeat sped up.

During the second commercial break, I made my way into her studio. Only one steel door to pass through this time. I sat across from her, put on a headset and rested my hands on the honey-colored wood.

“Some M&Ms for good luck,” Ms. Rivers said, her perfectly manicured hands dropping the tiny chocolates into mine.

“Thanks,” I replied, an impressionist palette of red, yellow and green forming on my sweaty palm.

And then it was time.

The producer signaled our countdown through the glass.

3… 2… 1… “This is Joan Rivers and we’re back! Sitting with me in the studio tonight is a young, hot, very fashionable little chickie named Lindsay. She’s my intern. And we are discussing? —? well, Monica Lewinsky. So, chickadee, would you shtup the president of the United States if you had the chance?”

The rest of the interview was a blur, only to be played back to me on the Dictaphone that my parents held up to the radio to record it.

In the years since Joan Rivers had me on her show, we gabbed about our puppies (both Havanese) and our shared love of plays when we would run into each other at Manhattan Theatre Club or the most obscure basement black box. She gifted me jewelry from her QVC collection, highlighting her notorious generosity. She would ask about boys I’d been dating (her curiosity abounded) and then let me know that they weren’t good enough for me based on my paltry descriptions. And I was lucky enough to produce the last interview that she and her daughter Melissa did together on Larry King Now.

Yet, in all of our conversations, I should have asked her one question:

Joan Rivers, would you shtup the president of the United States if you had the chance?

Maybe she already had. Either way, I’m sure she would have come up with the most perfect and unexpected answer.

Lindsay Roth currently produces Larry King Now for Ora Media and created and executive produces Real Girl’s Kitchen with Haylie Duff on Cooking Channel. Her first novel, What Pretty Girls Are Made Of (Simon & Schuster), was released on Aug. 3.