Decisions made in a team challenge malign designer Ashley and mystify judges and fans.

If you’re keeping track of wins this season, you know that so far, designer Ashley Nell Tipton has two. She’s an enduring favorite, and that’s why, when she’s picked last for paintball in this week’s team challenge, (over Amanda, who’s been in the bottom since the beginning of the season), fans on Twitter are frustrated and zero right in the motivation.

In what world is it ok to pick Ashley LAST??? She's one of the best designers! #ProjectRunway

Once the team of Ashley, Candice, Laurie, Lindsay and Kelly set out to create their collection, they realize they’re lacking cohesion. On his walk through the workroom, Tim tells them they “should be scared.” Ashley’s quiet, stinging from being picked last, and is also feeling directionless. Twitter panics, worried for her future in the competition if she continues to keep her mouth shut.

Ashley, I would have picked you!!! 😉 Step up though, don't let them shake you! 💜 #ProjectRunway

I love Ashley but she will be thrown under the bus real quick if she doesn't speak up. #projectrunway

She's my girl, but, now I'm getting annoyed at Ashley for not speaking up. Maybe its a strategy? #projectrunway 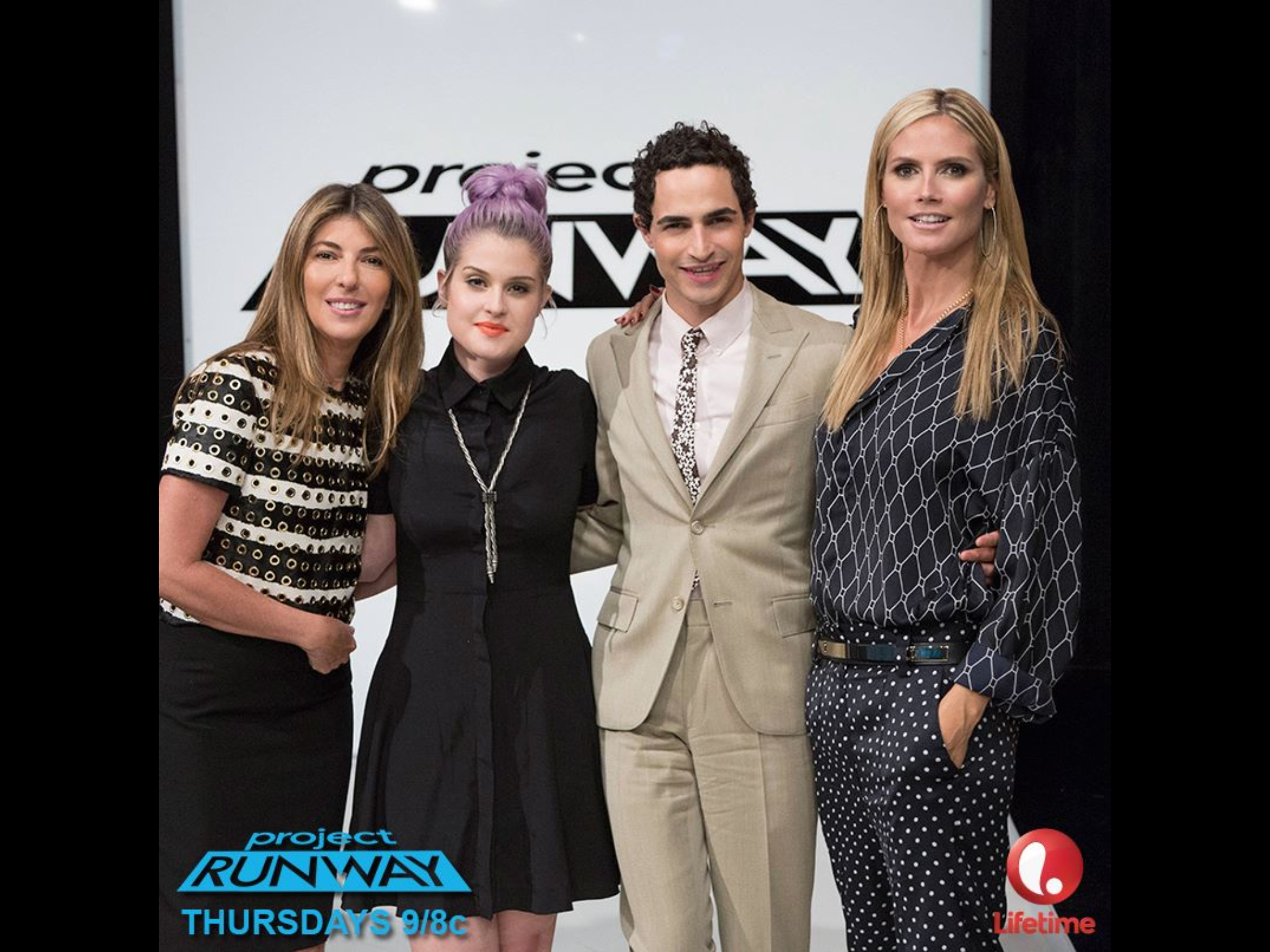 Before the runway show, Laurie tells Ashley she thinks the other women are planning to “throw her under the bus” in front of the judges. Ashley interviews that she’s fed up and that she can’t trust anyone.

On the runway, not surprisingly, it’s her team that’s in the bottom, and Amanda, Kelly and Candice vote for her to go home. Guest judge Kelly Osbourne sees through the clique-y drama of what Tim called “the most dysfunctional team in the history of the show.” (Yikes.)

On Twitter, everyone takes a deep breath when Ashley’s called as safe and declares that the “mean girls” are getting what they deserve.

Blake called the other group "Mean Girls" for how they treated Ashley. Nailed it! Lol! #ProjectRunway

In case you've been asking yourself what Ashley did to make them hate & exclude her, she was better than all of them. #projectrunway

Amanda and her little clique tried throwing Ashley under the bus and look where it got you. Ha. #ProjectRunway

And so many on twitter rallied around Ashley. We got your back! #ProjectRunway https://t.co/HQfNjDIwhv

More: On Project Runway, neither racism nor a bad dress will get you eliminated