No one expects their husband to confess they feel more comfortable as a woman, but we’ve seen it happen with Kris and Caitlyn Jenner. Now, a new movie, The Danish Girl, based on another marriage dealing with a transgender woman is about to hit theaters — and we can only imagine Kris will totally be able to relate.

The Danish Girl is a love story between two real-life artists, Lili Elbe (Eddie Redmayne) and Gerda Wegener (Alicia Vikander), who were married in Denmark in 1904. When Gerda was in need of a female model, her husband, born Einar Magnus Andreas Wegener, happily donned women’s clothing and sat while his wife painted him as a woman.

More: Kris Jenner wonders if her entire life with Bruce Jenner was a lie (VIDEO) 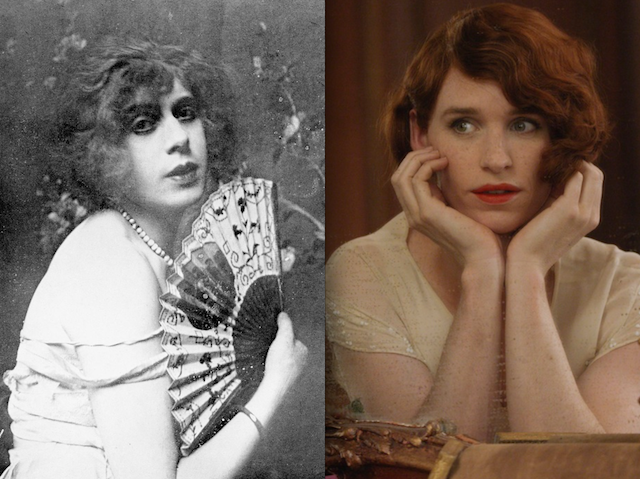 The above image shows the real Lili Elbe next to Eddie Redmayne in costume for the film.

As time went on, Einar discovered he felt much more comfortable as a woman and began to live as one in Paris, taking the name Lili Elbe and even undergoing a still very experimental — and ultimately deadly — series of sex reassignment surgeries beginning in 1930.

More: Why Kris Jenner shouldn’t have to comment on Caitlyn Jenner’s every move

In the trailer, we see Vikander as Gerda, excited by her husband’s female alter ego at first — when he was dressed as a woman in public, she’d introduce him as her sister and both enjoyed beguiling the men around them. But soon, Gerda realized that, for Einer, playing dress-up was more than just a game: Looking and behaving like a woman fulfilled a deep longing for Einer.

At minute 1:13 in the trailer, Gerda sees her husband dressed as Lili and kissing another man. When she confronts him, telling him, “We were just playing a game,” Einer tells her, “Something changed.”

We can only imagine how difficult it must have been for Kris Jenner the first time her husband, then called Bruce, told her he felt like a woman and wanted to live as one. We’re happy that Caitlyn can now live an authentic life as her true self, but Kris must have been quite sad to lose the husband she thought she knew so well for 23 years.

What’s exciting about The Danish Girl is that it tells the story of a real marriage dealing with gender issues and the struggle both husband and wife went through. We also get to see a true transgender pioneer up on the big screen, giving us perspective on Caitlyn Jenner and revealing how much has and hasn’t changed over the decades. 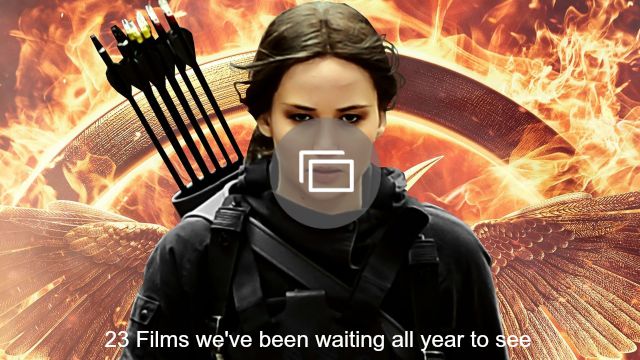