The Amazing Race Season 27 starts on Sept. 25, 2015, and it couldn’t be more exciting! Get to know all the teams and get ready to pick your favorites. 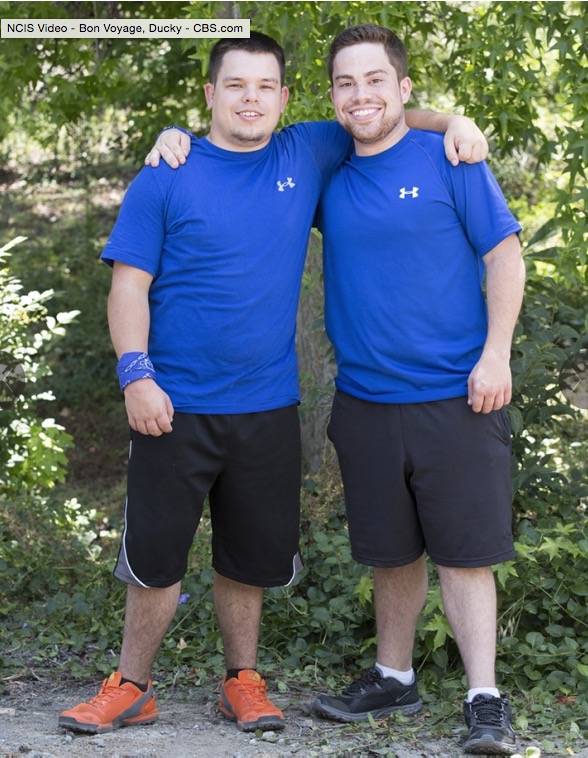 Cousins Alex Manard (22) and Adam Dingeman (24) have been fans of The Amazing Race since they were teenagers. They both have a form of dwarfism called Pseudoachondroplasia, but they don’t let it hold them back and look forward to proving that size is not an issue during a race around the world. They are excited about going on “the greatest adventure ever” and plan to go after Tanner and Josh first, who they believe are their biggest competition.

More: 9 Questions for Michelle and Mike from The Amazing Race 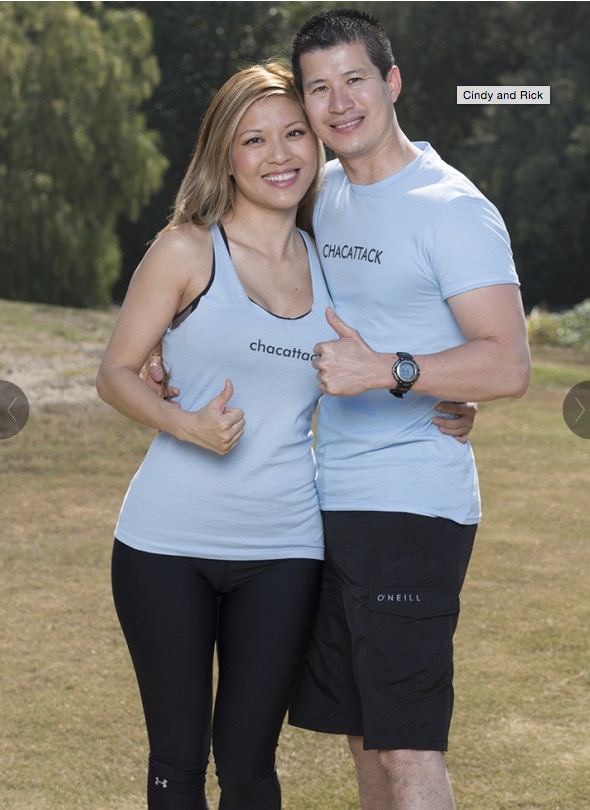 The married couple from Season 27 on The Amazing Race, Cindy (36) and Rick Chac (38), live in San Diego and are both in the medical field. They are discussing having kids of their own, so they are looking at this race as a way to see if they could handle the pressure of parenthood. Cindy claims Rick needs to learn how to trust her decisions and quit doubting her. 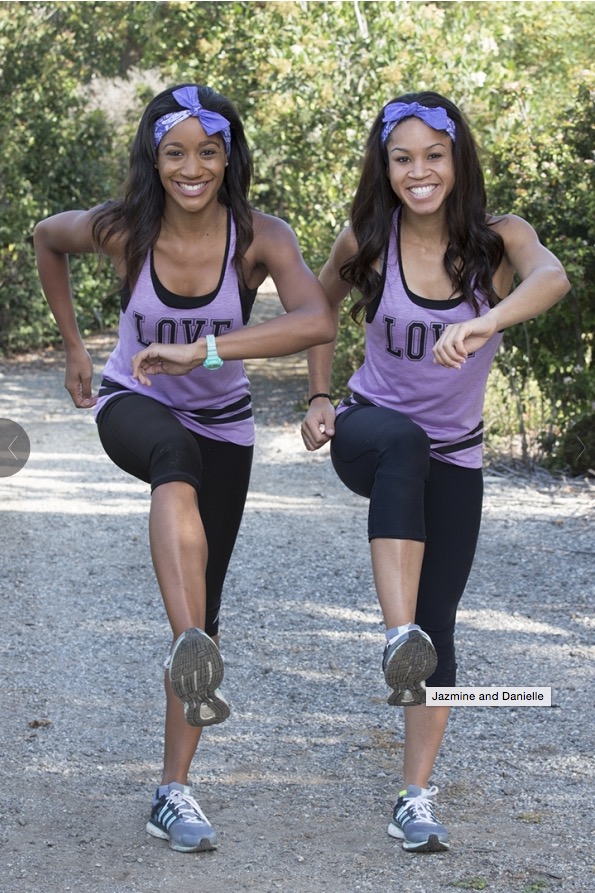 Best friends Jazmine Lewis (23) and Danielle Littleton (23) are graduate students from California. When not studying, Jazmine is an LA Galaxy squad girl, and Danielle is major track star at UC Riverside with multiple track records to her name. They are best friends and pledge to bring the athleticism to the show. They are planning on flirting and pairing up with one of the all-guy teams, probably Tanner and Josh, who “look like they were made in a lab.” 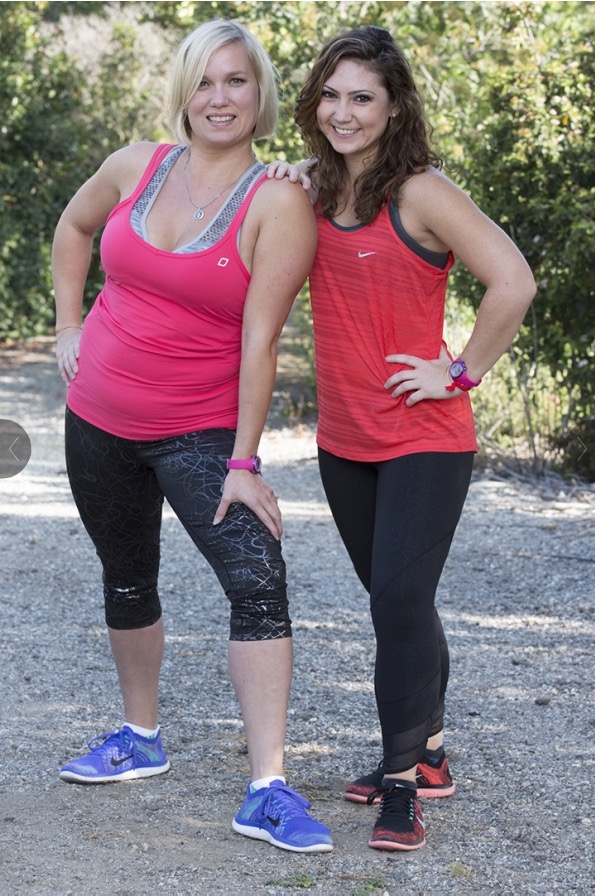 Friends and co-workers at TMZ, Kelly Berning (37) and Shevonne Sullivan (31) live in the Los Angeles area. Kelly, 37, is a Los Angeles native who just hopes she isn’t kidnapped while filming. Shevonne loves television, her job and Taylor Swift. They hope that working in the fast-paced world of celebrity news will give them a leg up on the competition and that their ability to be blunt will help them and not backfire on them. 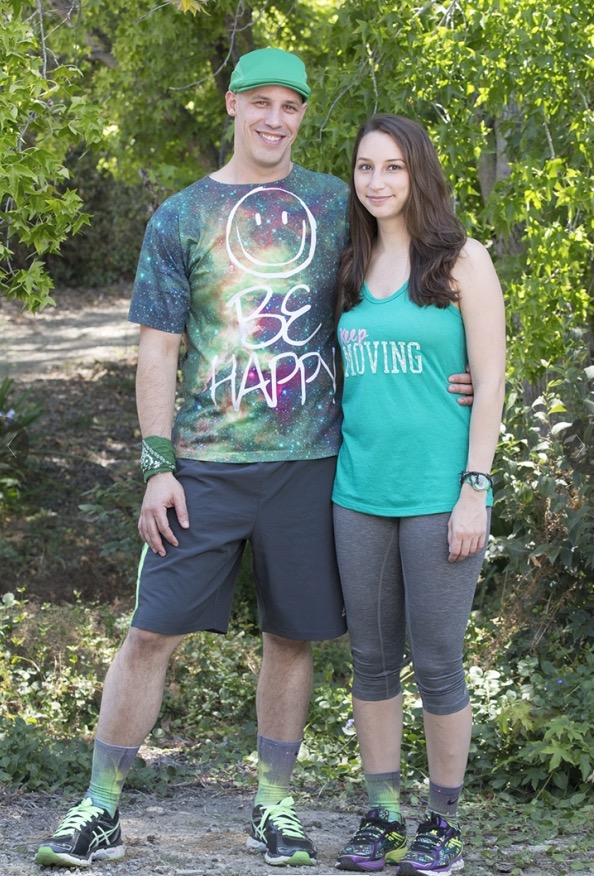 Engaged couple Justin Scheman (39) and Diana Bishop (30) caught the attention of viewers and The Amazing Race producers when Justin asked Diana to marry him with an Amazing Race-themed proposal. Justin is worried about getting eliminated over “dumb luck” but knows they are prepared for any obstacle. Diana is able to keep Justin in check and knows they need to look average, not like a strong team from the beginning of the race. 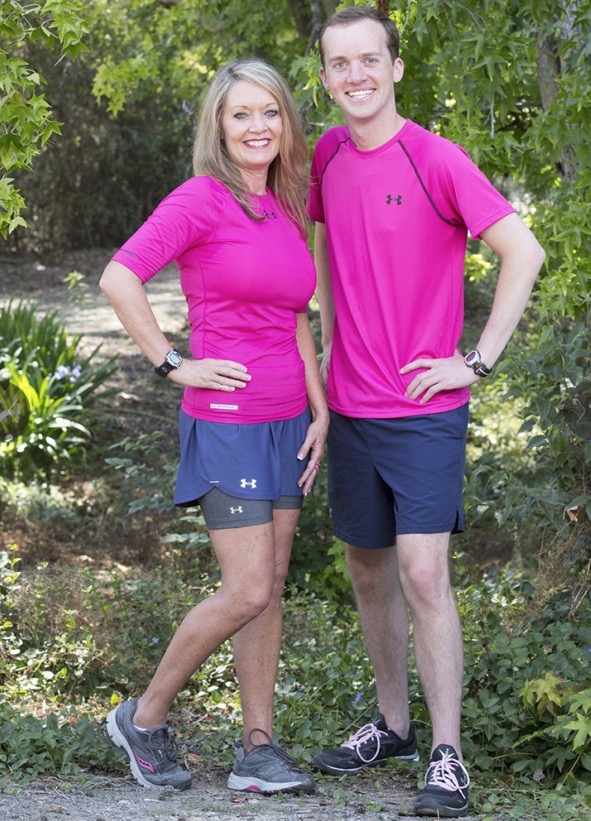 Mother and son team Denise Williams (51) and James Corley (26) live in Alabama. James is gay and not sure that his mom fully accepts him as such, so Denise is hoping this race will help James believe she accepts him and that it helps them grow closer. Denise is a talker who could persuade anyone to do anything, and James is always looking for the positive in any situation. 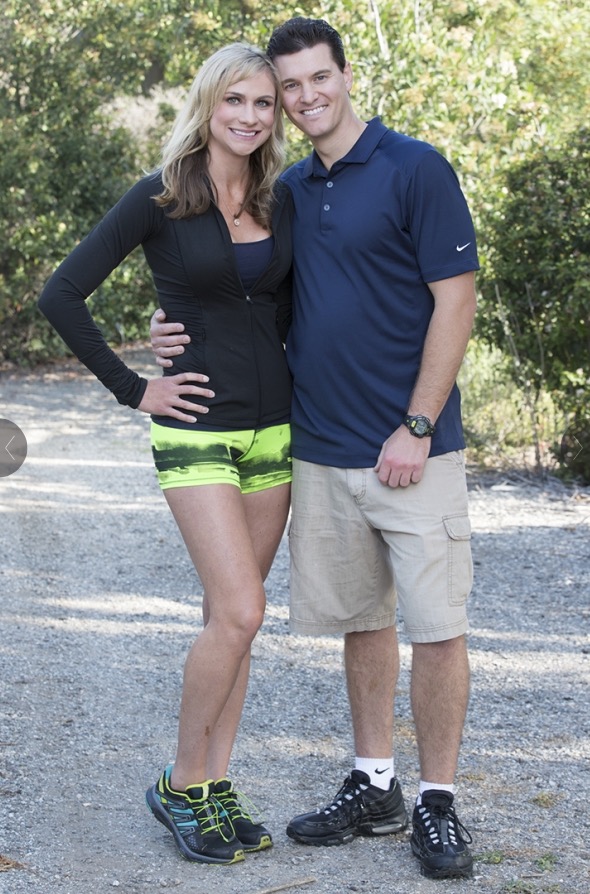 Dating couple Kelsey Gerckens (25) and Joey Buttita (26) work together at a television station in Santa Barbara, California. Kelsey is a reporter, and Joey is a news anchor. Joey had a huge crush on the reporter and used the opportunity to become friends to launch their relationship. Joey has a temper and speaks his mind. Kelsey has never seen his temper toward her, so she is a little nervous about what will happen during the race. 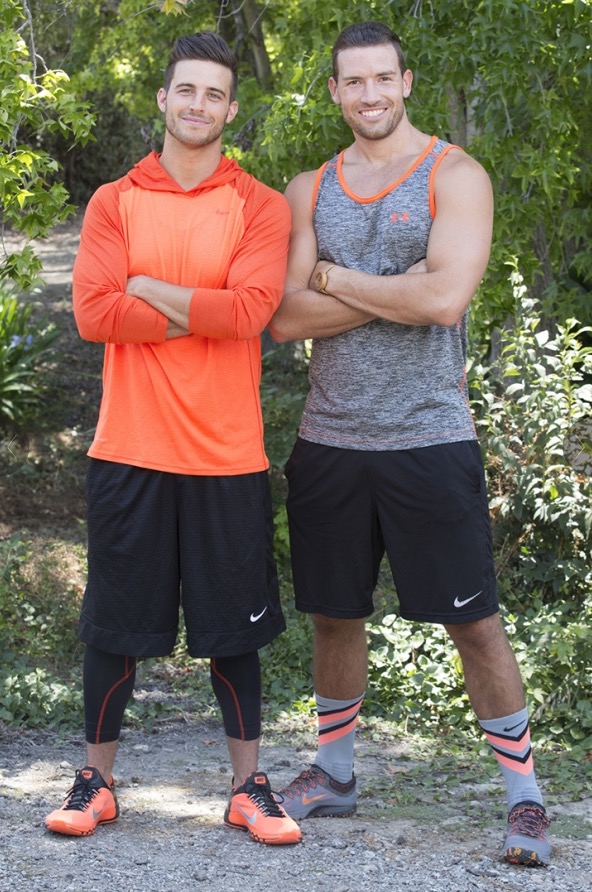 Best friends Tanner Kloven (26) and Josh Ahern (28) are from Dallas/Fort Worth, Texas, and are clearly the eye candy of the season. Tanner is a pharmaceutical sales rep while Josh is a medical device salesman. Tanner and Josh were archenemies in high school but became best friends in college. They want to make friends but want to win more. They hope to form alliances, but once it gets down to the final few teams, they will be about cutthroat competition. Tanner and Josh aren’t surprised that everything thinks they are the main competition, and they think their main competition will be the cheerleaders, Tiffany and Krista. 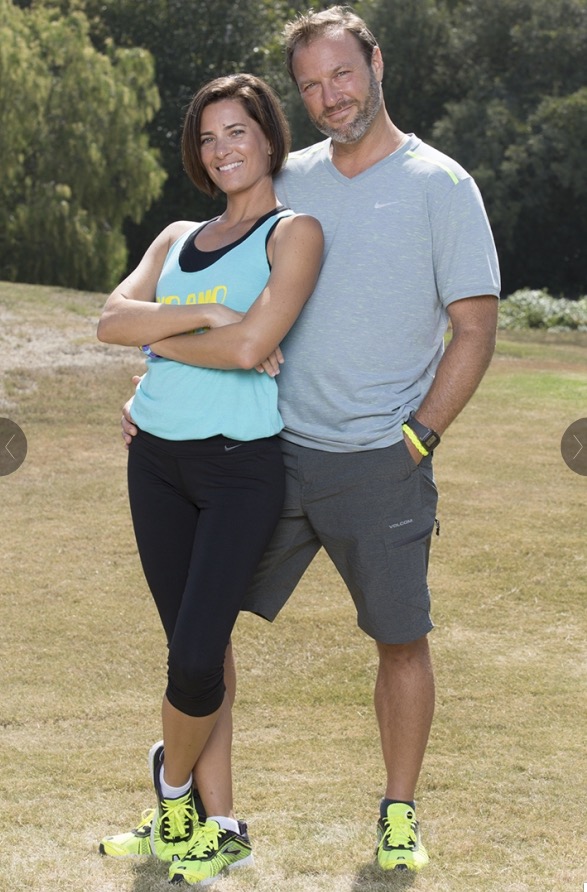 Dating couple Logan Fazio (36) and Chris Gordon (46) are paparazzi photographers from Florida. The couple has serious relationship issues of their own and they are hoping they will be able to work them out while racing around the world. They believe their experience competing with the paparazzi will help them win when it comes to the competition with the other teams. Logan likes to do interviews in her bikini and has earned the nickname of “Pin-up Paparazzi.” They both agree they will be their own worst enemy when it comes to competing on The Amazing Race. 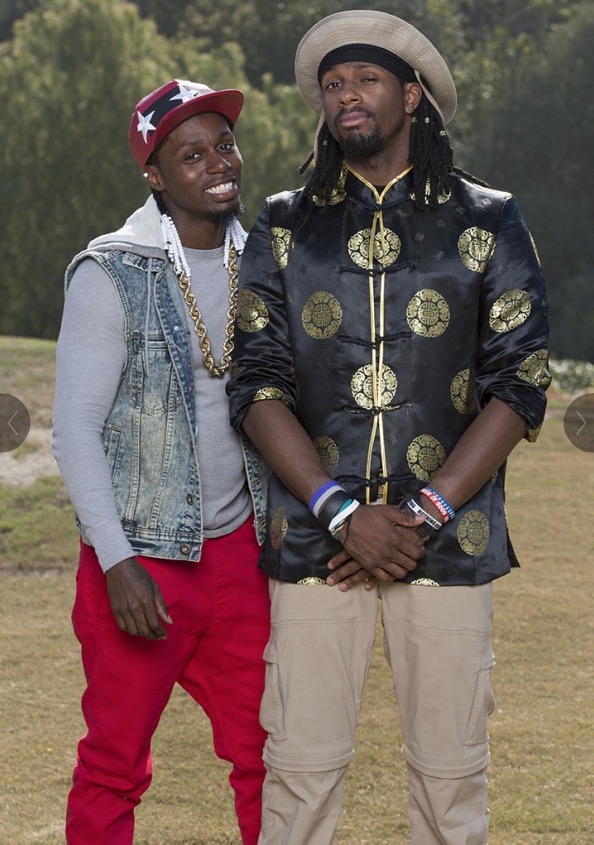 Brothers Ernest Phillips (29) and Jin Lao (26) are from Boston and might just be the most entertaining team on the show. Ernest would rather be called “Enoch.” He works many jobs while he tries to get his “entertainment industry” career off and moving. He sleeps in his car between jobs. Jin lives with his mom and works as a stock boy while finishing up college. Ernest is excited to see “exotic women,” but Jin’s biggest pet peeve is that women distract his brother. They hope to win The Amazing Race so they can afford a place to live and a real bed. Jin loves to travel, but Enoch isn’t a fan of having to sit by his brother on an airplane. 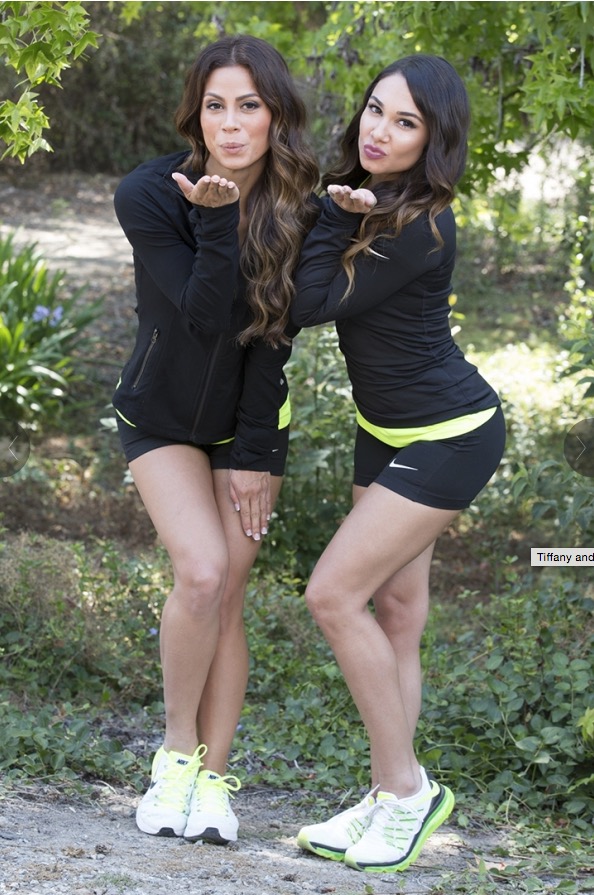 NFL cheerleaders Tiffany Chantell (28) and Krista Debono (28) met while cheerleading for the New York Jets. After their cheerleading careers ended, Krista stayed in New York and became a speech pathologist, while Tiffany moved back to New Jersey and is a physician’s consultant. Both girls think the experience of going through training camp will help them compete with the other contestants. Tiffany often has to rein Krista in as she will do anything whether it is safe or not.

Will you be watching The Amazing Race? Tell us who will you be rooting for!