Daniel Bryan is typically a favorite among hardcore WWE fans and casual Total Divas viewers alike, but that all changed tonight, when he decided to take over Brie Bella’s wardrobe. Daniel needs to be a bit less controlling and a bit more empathetic.

The Bella Twins aren’t exactly conservative with their outfits, but that’s all part of their established characters with the WWE, right? According to Daniel Bryan (Brie Bella’s husband), the gals need to cover up a little more when they aren’t in the ring. He doesn’t appreciate it when his wife shows off her skin; he would much rather see her wearing innocent sundresses or other somewhat wholesome outfits. But is that really for Daniel to decide? Brie is an adult and she should be able to dress as she sees fit and as is necessary for her position in the WWE. 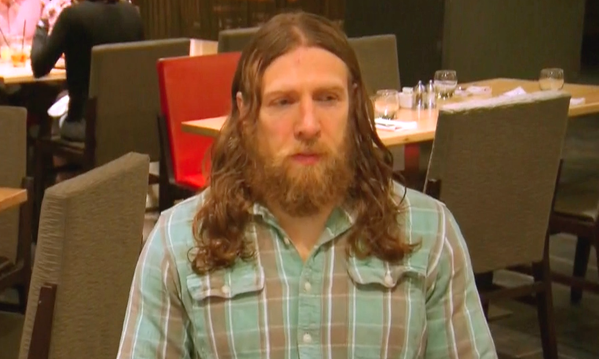 More: Nikki Bella and Eva Marie bring the fight outside the ring

Daniel is typically one of the more likable WWE guys, but that changed during tonight’s episode of Total Divas, when he decided to retaliate against his wife’s wardrobe decisions by installing a compost toilet and turning off the water for all of the regular toilets in their home. Evidently, wearing a slightly low-cut dress is equivalent to stinking up the whole house.

Somehow, even after the toilet fiasco, the two managed to strike a deal: Brie will stop “showing off her nipples” and Daniel will stop being crazy with the plumbing. Brie doesn’t usually put up with her husband’s crap, but she eventually came to the conclusion that her body is for Daniel’s eyes only. Of course, that sentiment will have to go straight out the window when it’s time for her next big match. There’s no such thing as a conservative outfit in the Divas’ ring. 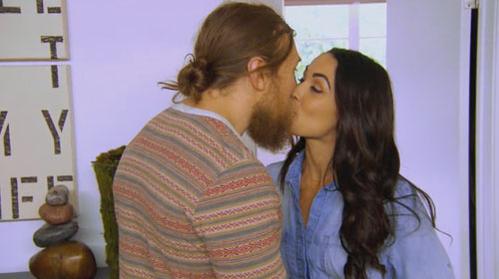 Daniel may have won this particular battle, but since the fight was a pointless one, it’s a hollow victory. The Bella Twins are known for showing a lot of skin, but that’s their WWE brand and that is what is expected of them. Not to mention, Brie’s outfit really wasn’t that bad. The Diva certainly had plenty of support on Twitter tonight; several of her fans called out Daniel for being overbearing.

It’s easy to see why Daniel would be a bit jealous, as his wife is one of the most sexually objectified ladies in the entire WWE. That being said, it is not his place to raid her wardrobe and throw out every single outfit that shows even a hint of skin. His reaction was way over the top. Maybe he should follow John Cena’s lead and simply enjoy the view when his gal shows off her incredible body.

What did you think of Daniel Bryan’s ploy to get Brie Bella to ditch her skimpy outfits? Sound off and share your opinion below!