Taking the stage to accept MTV’s Michael Jackson Video Vanguard award at tonight’s Video Music Awards, Kanye West stunned everyone with a 10-1/2-minute acceptance speech that ranged from almost poignant and apologetic to completely nonsensical, finishing with a promise to run for president in 2020.

I mean, seriously, WTF happened up there?

After standing in front of screaming fans for what felt like a solid minute, Kanye took us on a winding monologue that almost felt apologetic — almost like Kanye had grown up a little and wanted to atone for some of his past missteps — but 10 1/2 minutes later, what happened?

I felt a bit like this trying to piece his speech together:

So, while the whole thing was a bit of a cluster-you-know-what, here are six of the strangest moments from Kanye’s VMAs speech.

Who was Kanye was talking to? At the start of his speech, he shouted out “Bro! BRO! Listen to the kids!” Was he talking to the Moon Man award clutched in his hand? MTV? The world? I have no idea, but he kept coming back to his “bro” again and again.

Everyone was on tiptoes about Taylor Swift presenting Kanye with his award after the infamous Kanye mic rush of 2009. And I’ll admit, it was touching to see Taylor gushing over Kanye as she presented the award. So, it felt really cathartic when Kanye started heading down what felt like a path to apology… but he never really arrived.

Instead, he started by asking “I think, if I had to do it all again, what would I have done? Would I have worn a leather shirt? Would I have drank a half a bottle of Hennessy and given the rest of it to the audience? …If I had a daughter at that time, would I have went on stage and grabbed the mic from someone else?” but instead of answering his own question, he asked more questions and then…

Look, it’s obvious Kanye is a deep thinker. I just don’t know that we’re ready to plumb the depths of his internal monologue with him… on stage… for 10 minutes. After sort of owning some of his past “bad boy” behavior, the mogul went on to explain it away with the following:

“The problem was the contradiction. The contradiction is that I do fight for artists, but in that fight, I somehow was disrespectful to artists. I didn’t know how to say the right thing, the perfect thing. I sat at the Grammys and saw Justin Timberlake and Cee-Lo lose… I ain’t trying to put you on blast, Justin, but I saw that man in tears, though. I thought, ‘He deserved to win Album of the Year.’ And in the small box that we are, as the entertainers of the evening, how do you explain that?”

Umm, I don’t know how to explain any of what is happening right now, Kanye.

Taking one for the DARE team?

Things started to make a little more sense when Kanye admitted to smoking up before he marched on stage, and I think we can all learn something from his admission: pot does not an articulate man make.

I think the actual quote went a little like, “Y’all might be thinking right now, ‘I wonder, did he smoke something before he came out here?’ The answer is, yes, I rolled a little something to knock the edge off.”

Kanye is not a Millennial… but he thinks he is

One of my favorite quotes of the evening was Kanye’s declaration that “I’m confident. I believe in myself. We the millennials, bro.”

Maybe he just feels young, though… maybe I’m being too hard on the guy… maybe…

Kanye for president in 2020

You got to give this to the guy: for a long-winded and rambling speech, he sure finished up with a bang. After losing a lot of applause to the dead air he was stringing between thoughts, Kanye nearly broke everyone’s brains by declaring he was going to run for president in 2020.

What did you think of Kanye’s speech? Don’t worry if you missed it — you can watch the speech in its entirety in the video clip below. 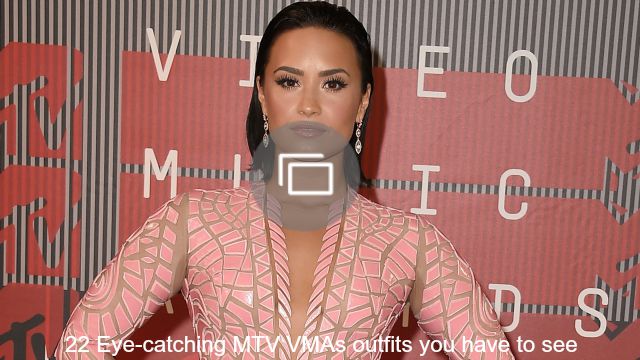