Tequila quickly became one of the most controversial contestants in the history of the show when fans started complaining about her rants supporting Hitler, and even started a petition to get her removed.

The detractors reminded show producers of that time the reality star donned a Nazi uniform in front of Auschwitz and posted several long diatribes supporting history’s most vicious killer.

More: Johnny Mac’s return to the Big Brother house could change everything

In a series of blog posts that have since been deleted, Tequila wrote, “He was not a bad person as they have painted him out to be. Not even close!!! Here is a man who was not a coward, stood up for his country in a DESPERATE TIME OF NEED (unlike all of our cowardly leaders), and yet not only did he try his best to help his country and people get out of what was a time of depression, economic collapse, high unemployment, amongst many other things… he lost the war AND was painted out to be a monster after his death. This is what breaks my heart.

“Hitler was a good man and it takes some f***ing balls for someone to say this out loud this day and age, especially for a public figure like myself, but you know what? SOMEONE NEEDS TO SPEAK THE TRUTH WITHOUT FEAR! Otherwise the dark cabal who currently control the world and all of the world bankers will continue to feed you their lies, feed off your emotions, take advantage of your emotions and will continue to keep you THEIR SLAVE!”

Despite this, she denied being an anti-Semite. “I am not going to sit here and say that I hate Jewish people because that is not the case nor is this about Jews,” she wrote. “It is about Hitler and his side of the story that was never told since he was not the victor. However, those of you with a closed mind can think I am being anti-Semite [sic] all you want because I already told you that I am not, nor will I repeat myself again.

“What do you think war is about? People DIE in wars that is why I am against wars… I understand the Jewish people went through some shit too, but hey guess what?? SO DID THE MAJORITY OF THE PEOPLE WHO SUFFERED IN EVERY SINGLE WAR THST [sic] TOOK PLACE! You were NOT the only ones! So please, if the rest of us can forgive and forget maybe it’s time you do also!!!”

When the matter was brought to the attention of Celebrity Big Brother producers, they took action immediately.

“Unfortunately, Channel 5 and Endemol did not know about the views and attitudes Tila had expressed in social media postings prior to her involvement in Celebrity Big Brother,” a Channel 5 spokesman told Mirror Online.

“When they were brought to our attention, she was called to the Diary Room for a discussion with producers and was subsequently removed from the house. The views Tila had expressed, and permitted to remain uncorrected, are totally unacceptable and, accordingly, her continued involvement in the program was untenable.”

The star has not yet commented on the uproar or her removal from the house. 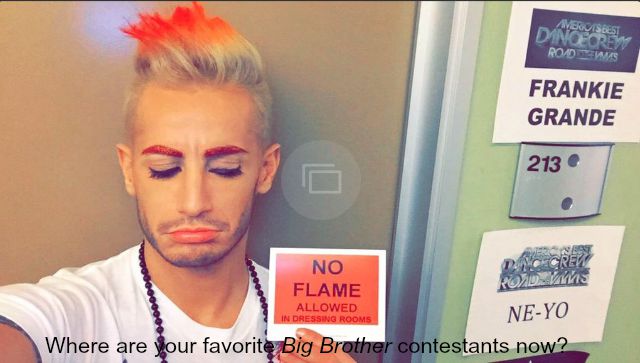