This season’s RHONY reunion was full of surprises, including Ramona’s impromptu nap and LuAnn’s awful dress. Perhaps the biggest shocker, however, was the ladies’ decision to stop bickering and hug it out. Who knew the Housewives could be so civil?

The latest season of The Real Housewives of New York City has been chock-full of drama, and, believe it or not, most of it was not initiated by Bethenny Frankel! Bethenny has been the voice of reason with Sonja Morgan, Ramona Singer and LuAnn de Lesseps taking over with the usual drama. Amazingly enough, these three managed to get past the typical bickering during tonight’s reunion. What in the world could have prompted this unexpected sense of goodwill? 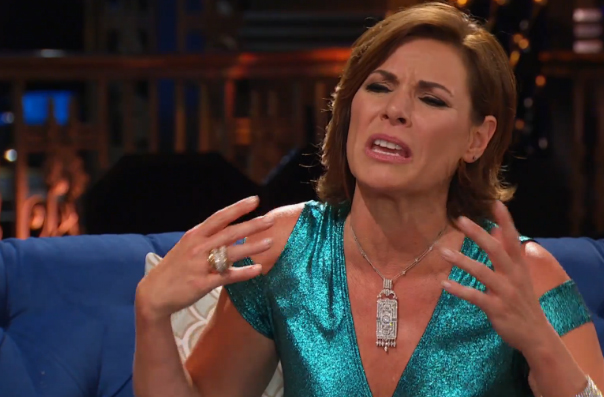 Turns out, Bethenny was once again the voice of reason. After a ton of arguing that centered around LuAnn, the Skinnygirl declared the fight to be one of the most pointless in RHONY history. The argument that preceded all of this hugging included a lot of accusations of this person and that person breaking the hallowed girl code. After so many nasty accusations, the chances of a positive end to the reunion seemed minimal, and yet, by the time the episode came to a close, the ladies were acting like they were best buds! Clearly, there’s no frenemy like a Real Housewives of New York City frenemy! 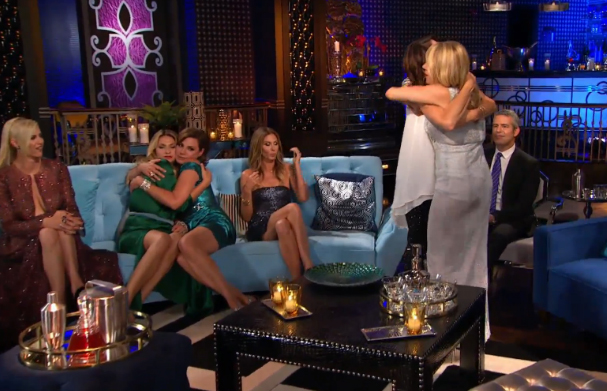 Prior to the unexpected hugging, most of the chatter on Twitter appeared to be very anti-LuAnn. Her snark and her insistence that she’s been in the right all along just didn’t sit well with the show’s fans. A few, however, actually seemed to approve of LuAnn, and that approval only became more prominent after the controversial Housewife finally decided to check her ego at the door and go in for a warm embrace.

More: Kristen Taekman is the latest victim of the Ashley Madison hack

The hug seemed like a nice way to wrap things up, but really, how genuine was it? Hugging is not the typical approach to hashing things out on RHONY. A few skeptical Housewives fans have indicated that this moment wasn’t as warm and fuzzy as we’ve been led to believe.

It’s hard to say whether that RHONY hugapalooza was truly genuine, but one thing is clear: the Housewives will not be best buds for long! Their social media feuds are bound to return in full force, and, by the time filming for the next season begins, they’ll surely be back to hating each other!

What did you think of this season’s unexpected conclusion on The Real Housewives of New York City? How long will the peace last? Comment and share your opinion below!