The Foundation challenge is one of the most inconsistent elements of Face Off, and its latest incarnation is proof of why producers need to eradicate it from the show entirely.

While all of the completed Foundation challenge makeups based on ink-blot tests were pretty solid, the fast-paced battles like this one just don’t seem worthy of giving anybody complete safety from elimination. The Spotlight challenges are much more intense with bigger picture elements that garner days of work. To allow any competitor a free pass for their success in a brief challenge just makes for boring TV. Plus, if the Foundation challenge is only going to surface sporadically, why not just boot it from the Face Off lineup?

In this situation, Meg was given the challenge win and, therefore, awarded immunity from the next competition. That brought us to the Spotlight challenge where the 12 contestants were teamed up yet again to create a gatekeeper and the creature they are keeping at bay. For Libby, she was instantly worried about her fate since her partner, Meg, couldn’t be eliminated. Even the Twitterverse weighed in on Libby’s woes. 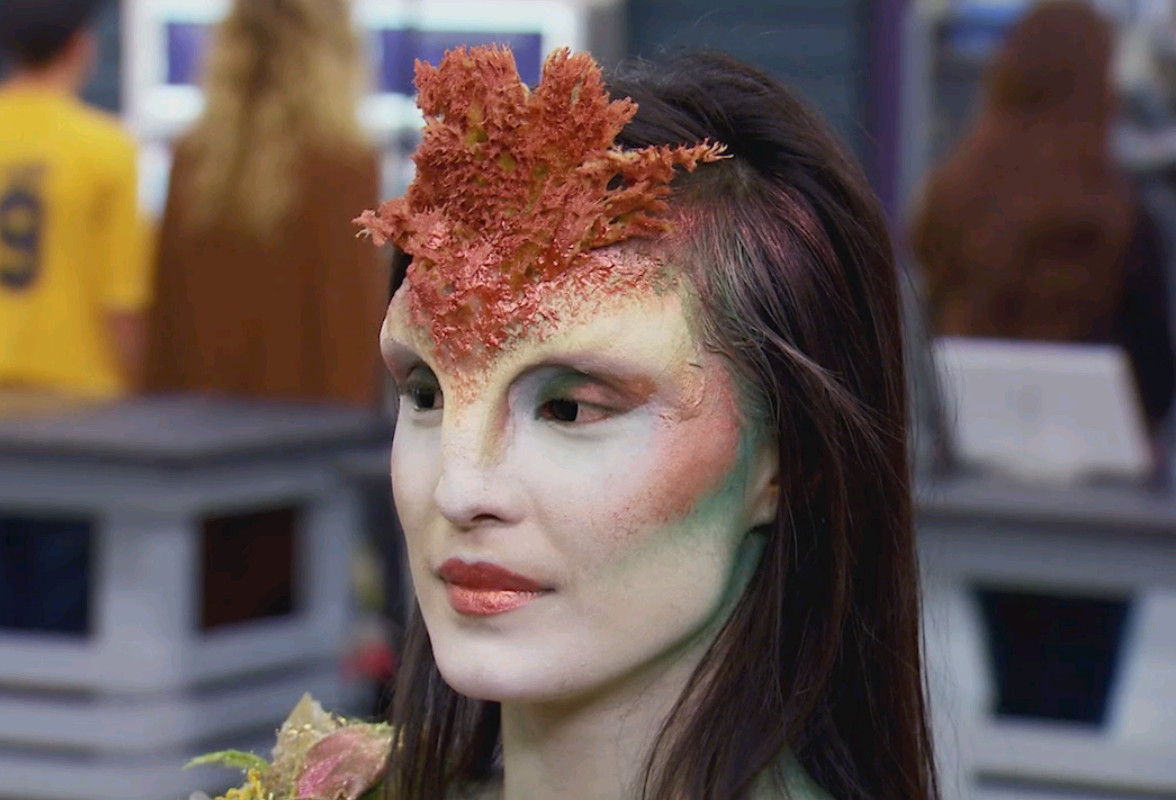 More: Face Off’s Brittany Leslie explains why she didn’t want to be on the show

Below is a closer look at each of the finished makeups and how the judges ranked them all.

These are the teams that were classified as “safe” by the judges. 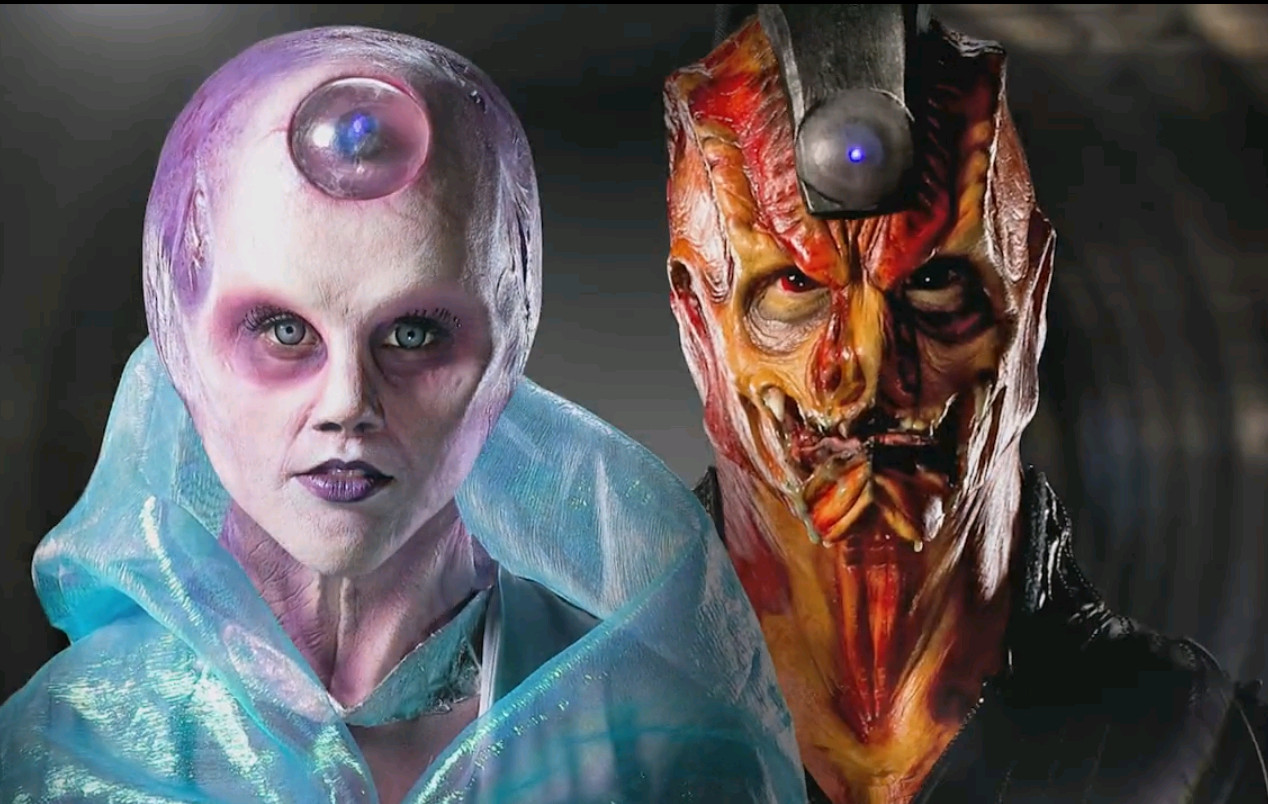 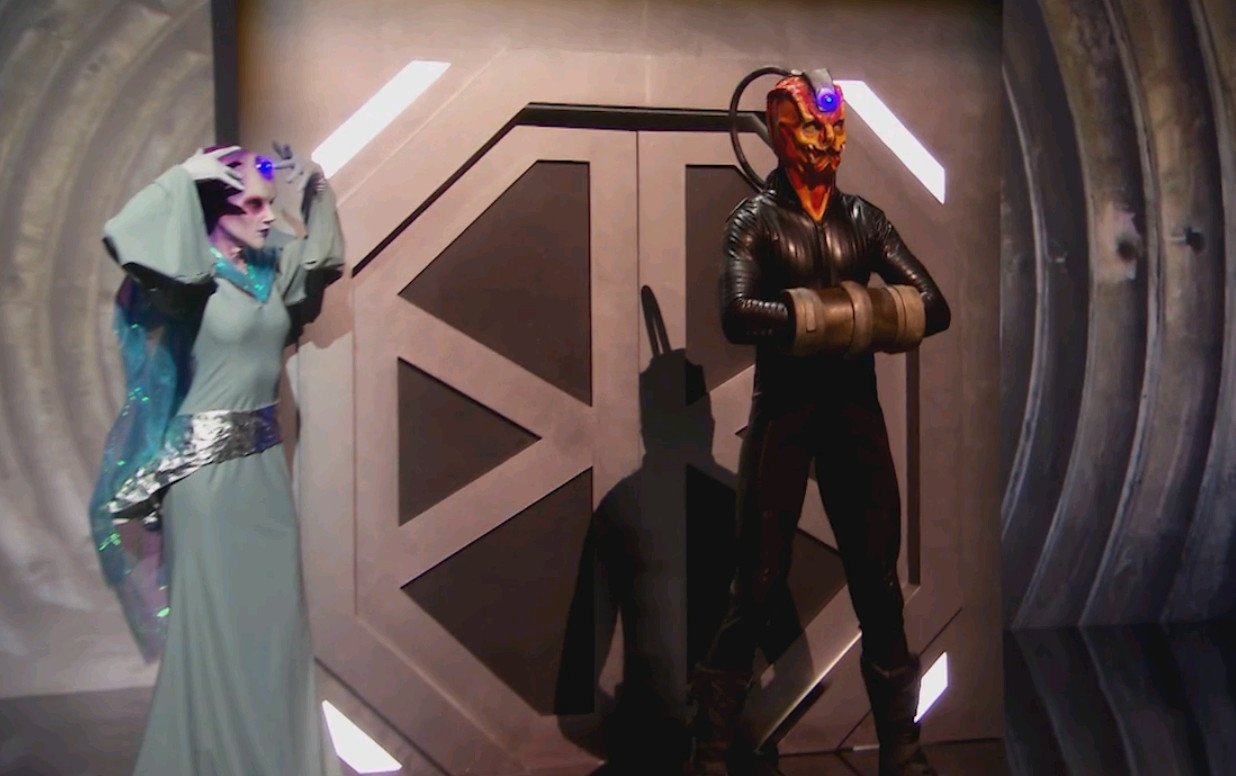 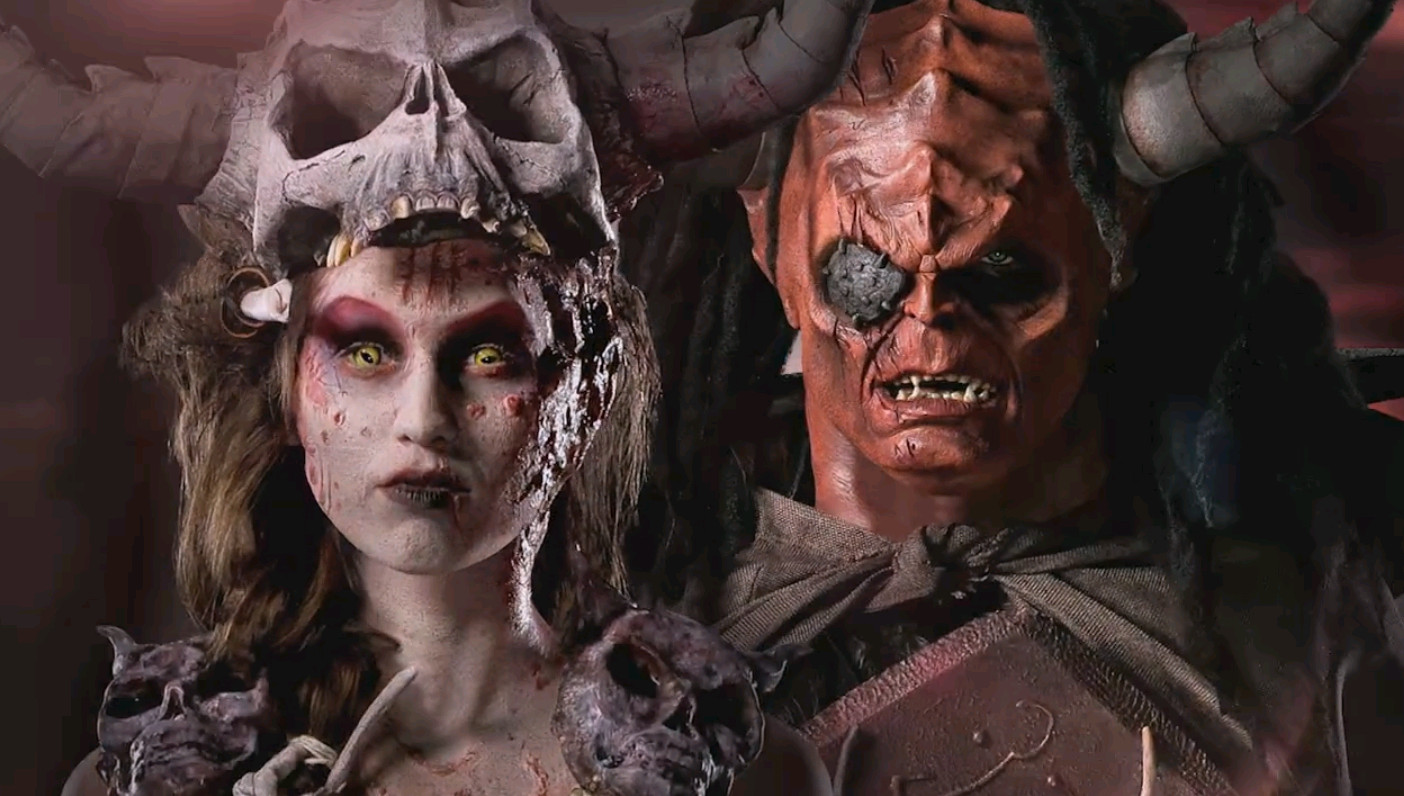 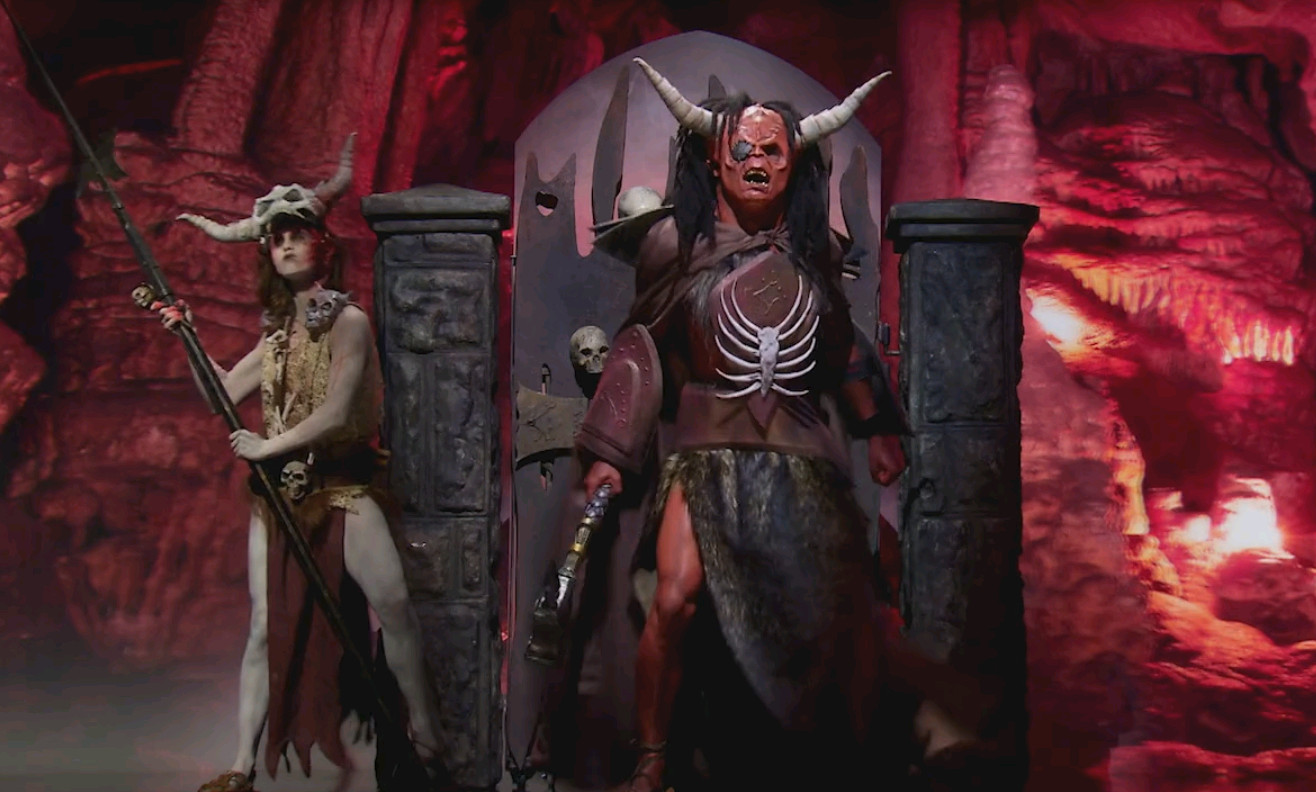 “Unbelievable job,” judge Glenn Hetrick said while discussing the harmony between the two creations. Overall, their creations were named the winning makeups, with the challenge victory going to Jordan. “Dude, you really blew us away tonight,” Glenn continued. “For you to complete that much work and for it to be that good, it’s a huge achievement. Well done, man.” 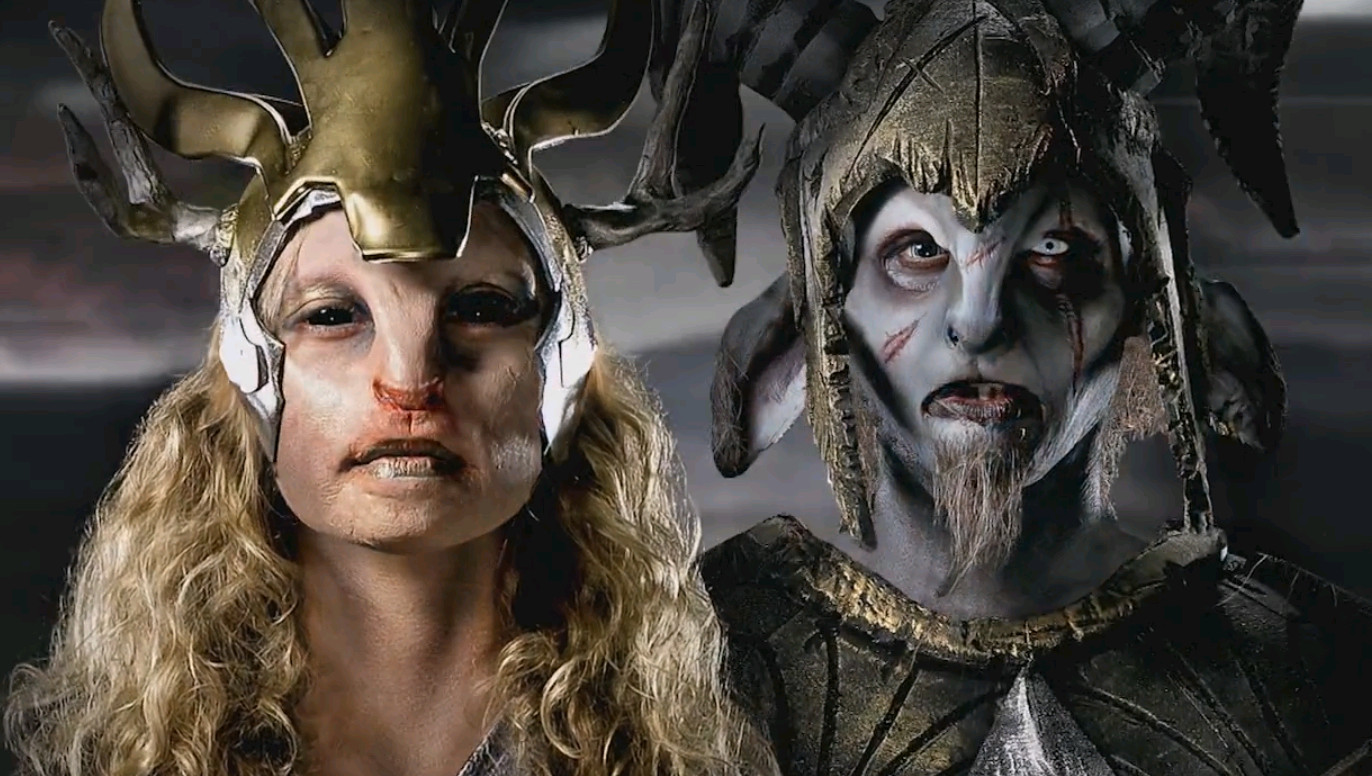 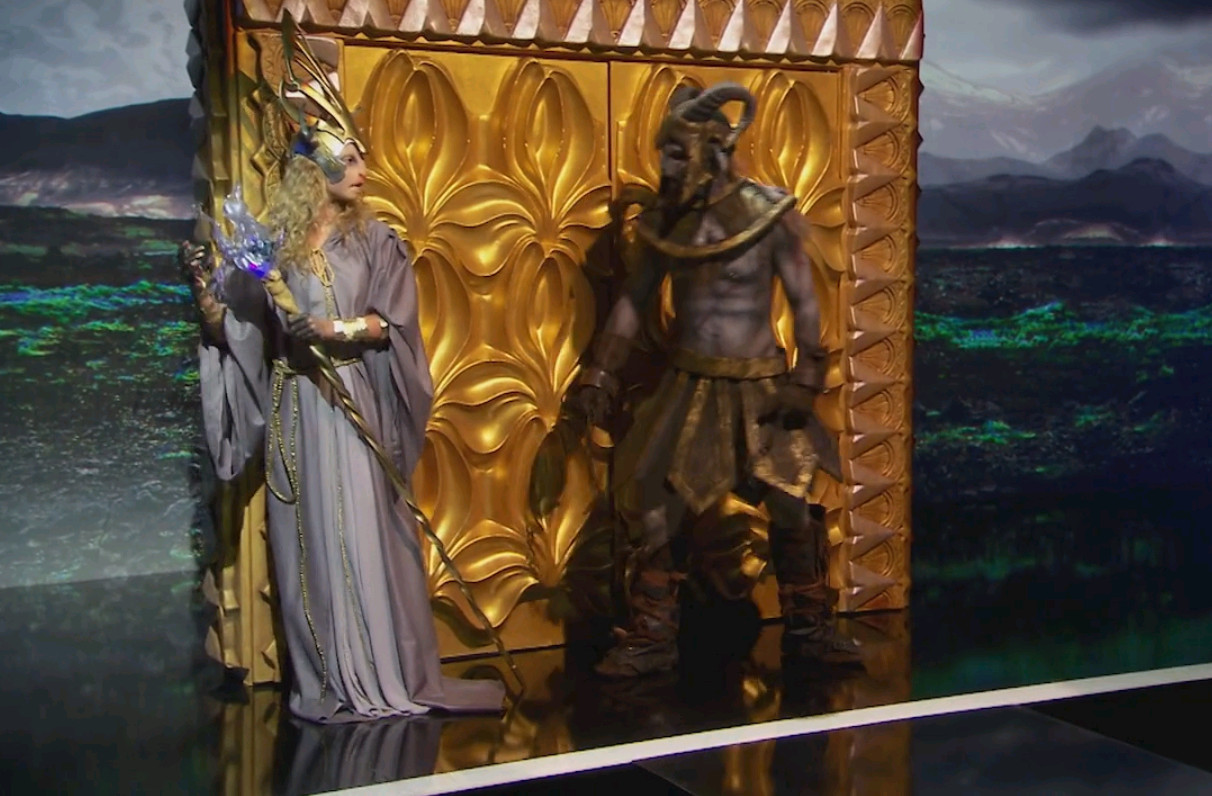 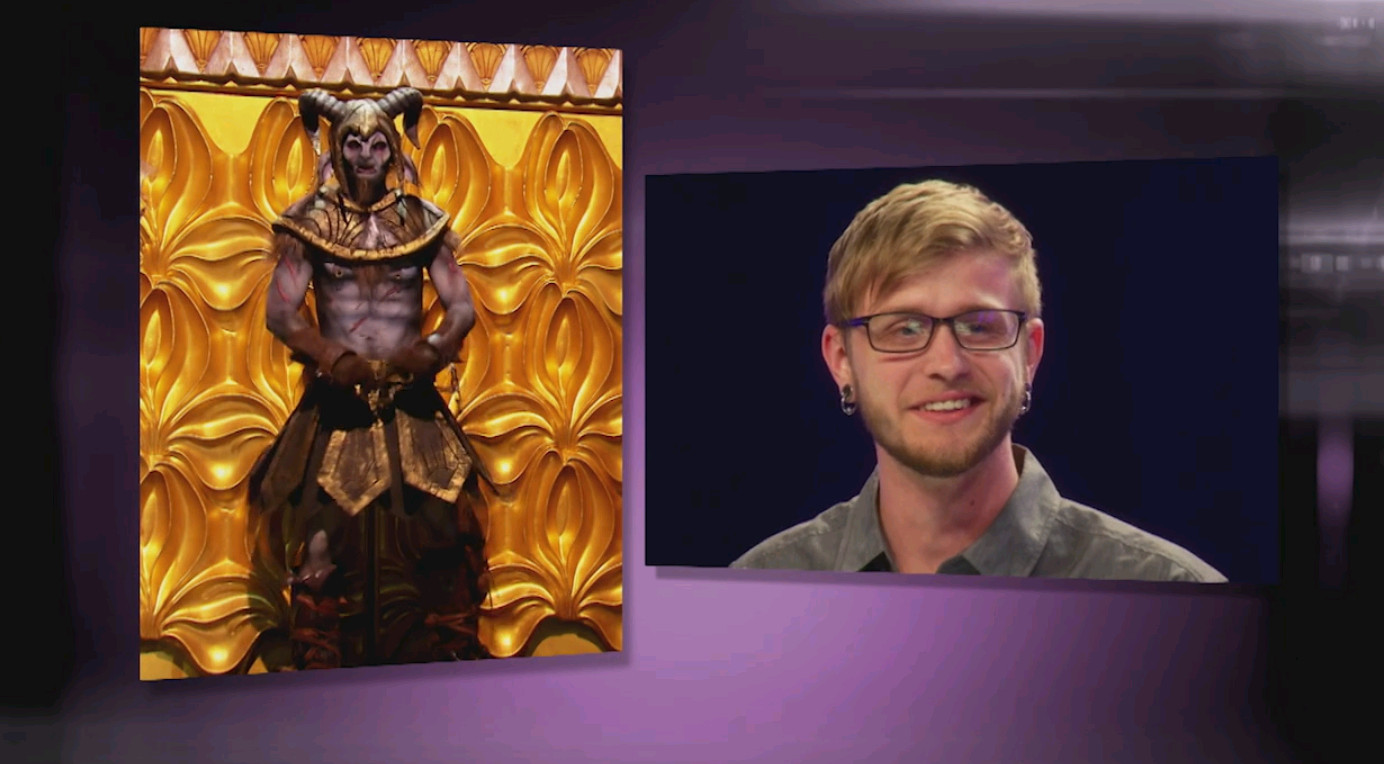 “I don’t think I’ve ever done such a cool makeup,” Nora said while presenting their makeup to the judges. “Me and Jasmine are beaming right now.” The judges agreed, gushing with love for the vibrant paint work and detail. 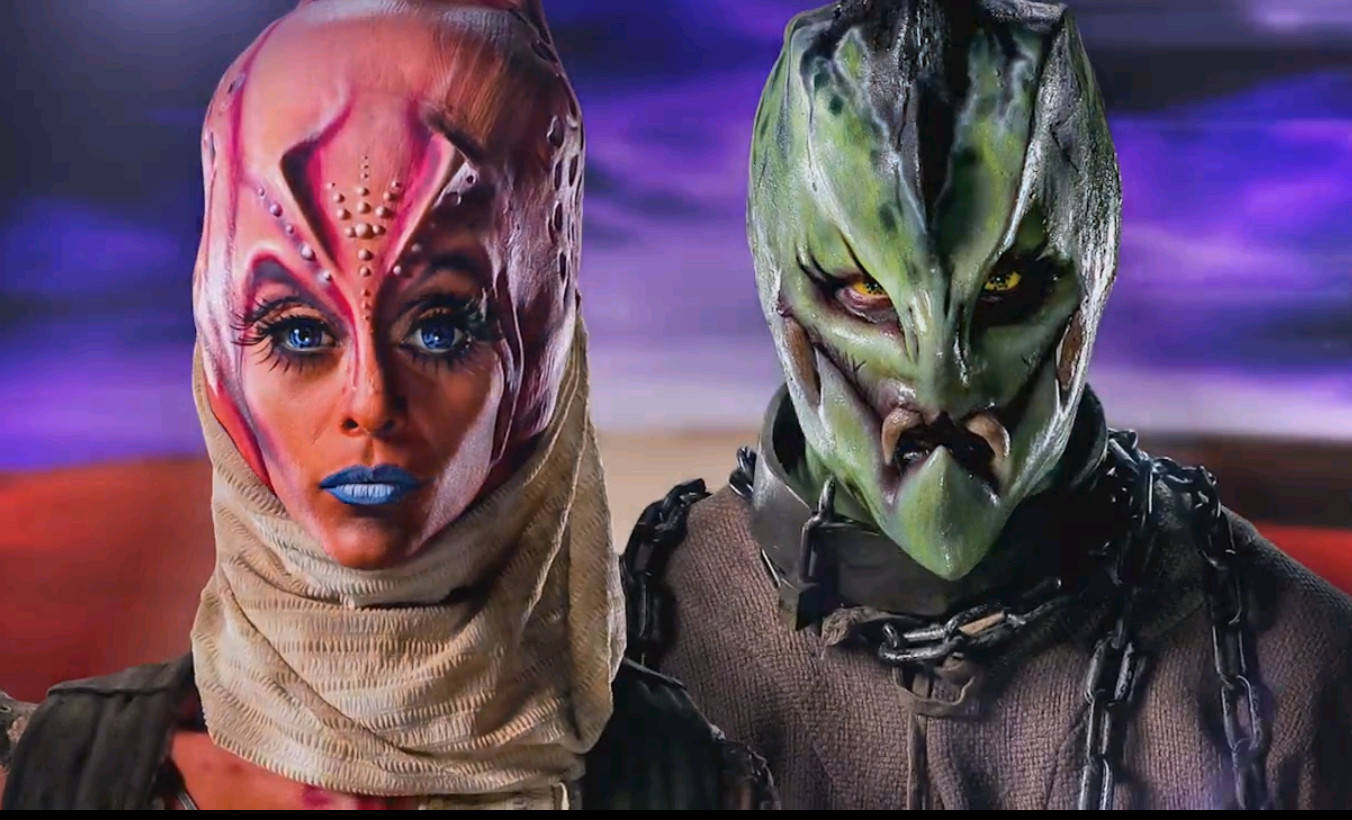 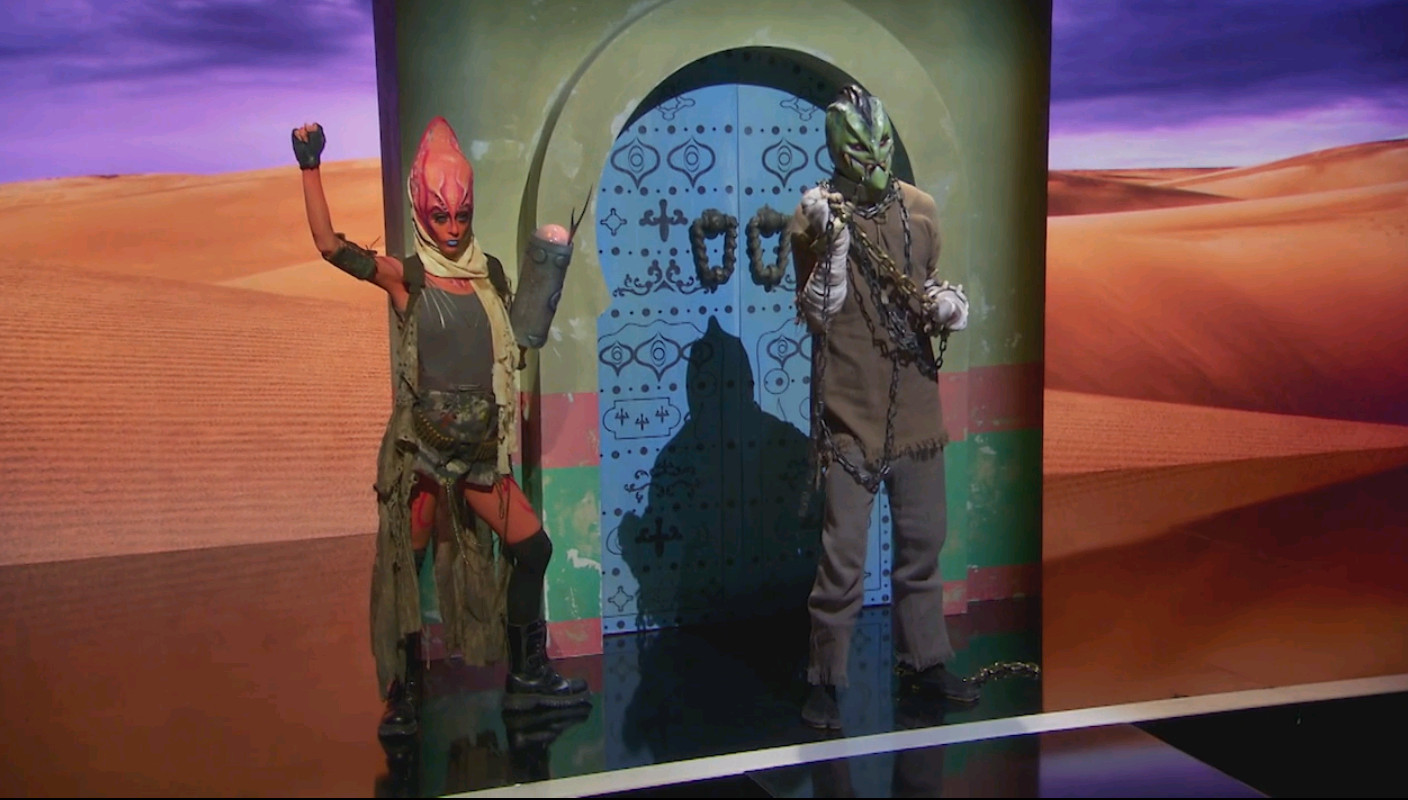 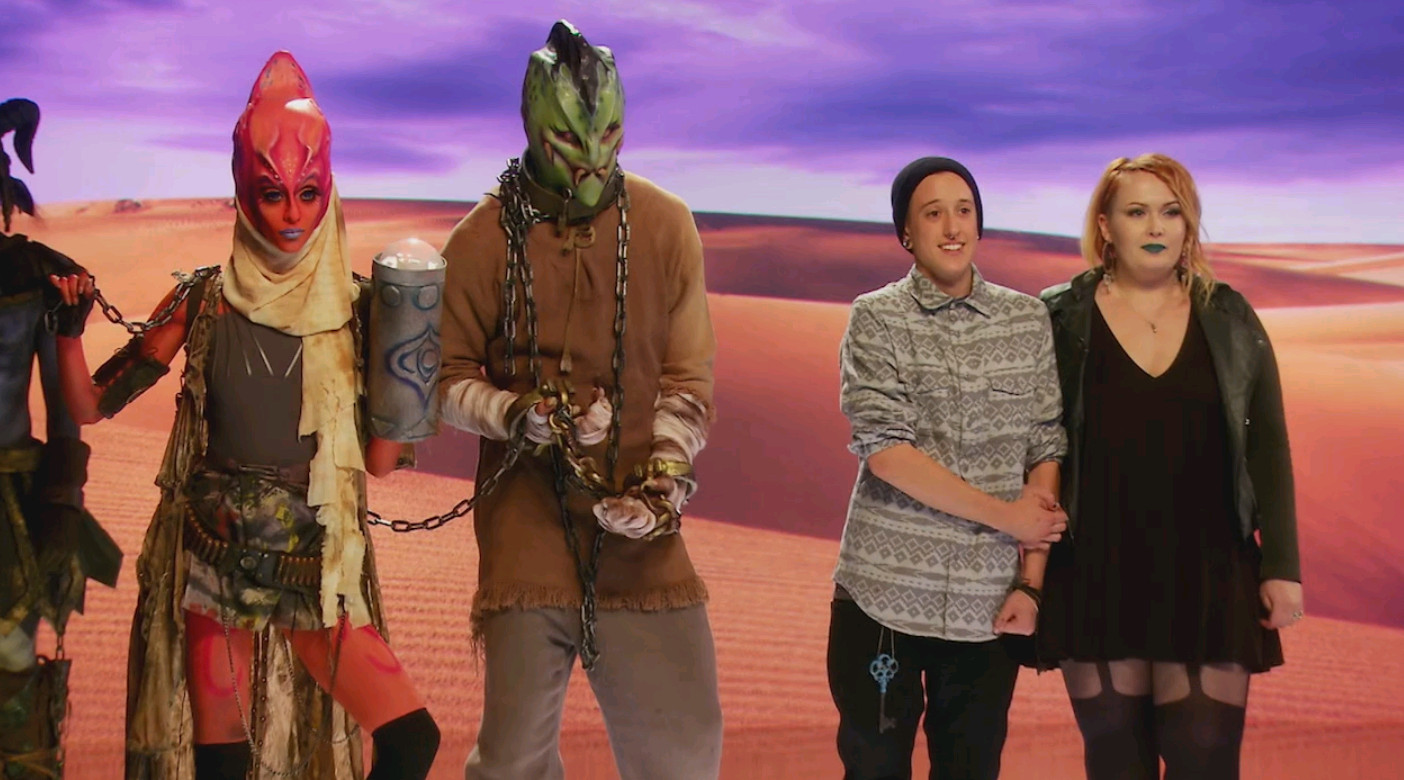 “I know we’re in the bottom, and it really sucks,” Jason said before his team even presented their work to the judges. His prediction was right because the judges dished out brutally honest critiques. As always, Ve Neill had the best — and funniest — evaluation as she said, “When your yellow-haired person came out over here, it looked like a teenage girl lizard going to a rave. And I thought, ‘That is so goofy looking.'” She added in her final critique that these were “basically men in masks.” I love Ve. Seriously. She could judge any reality show and I would watch it. 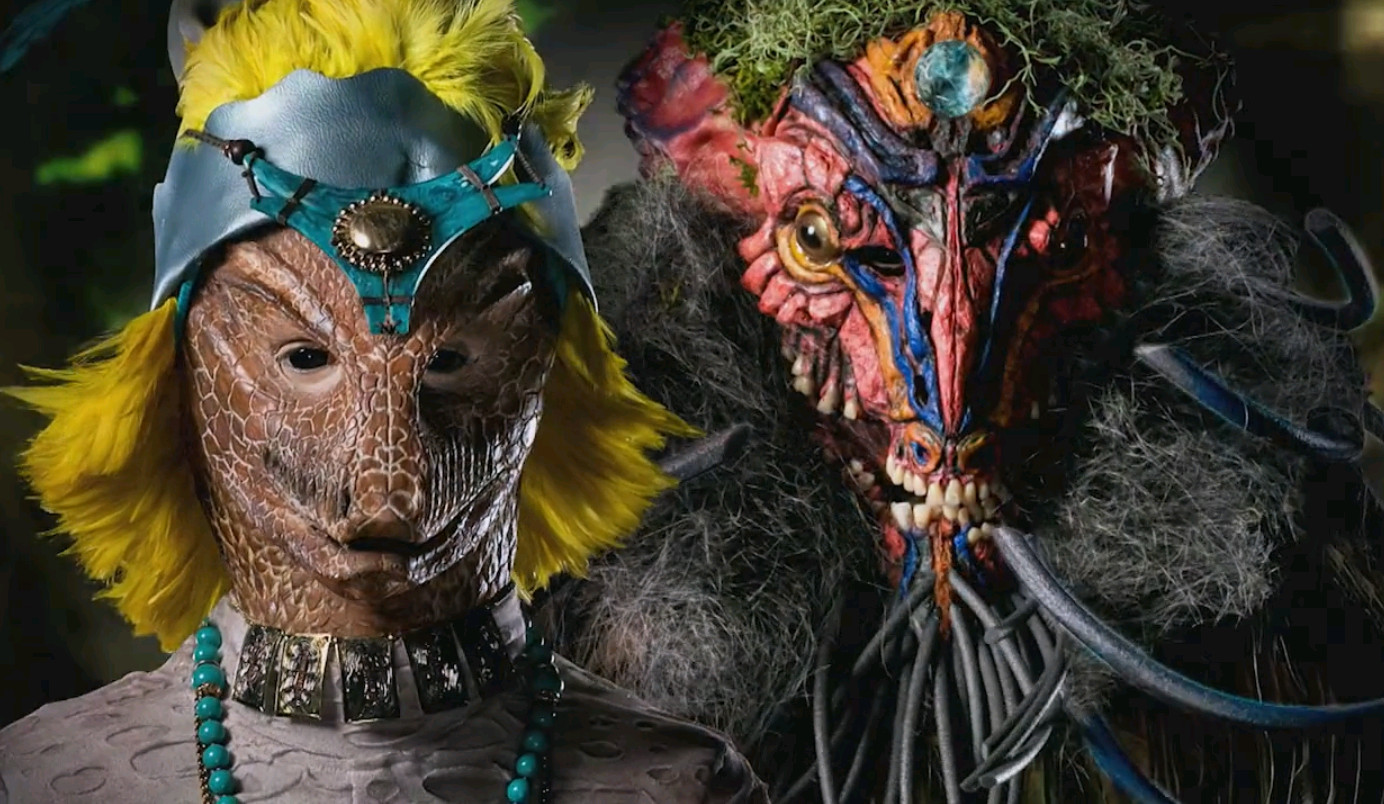 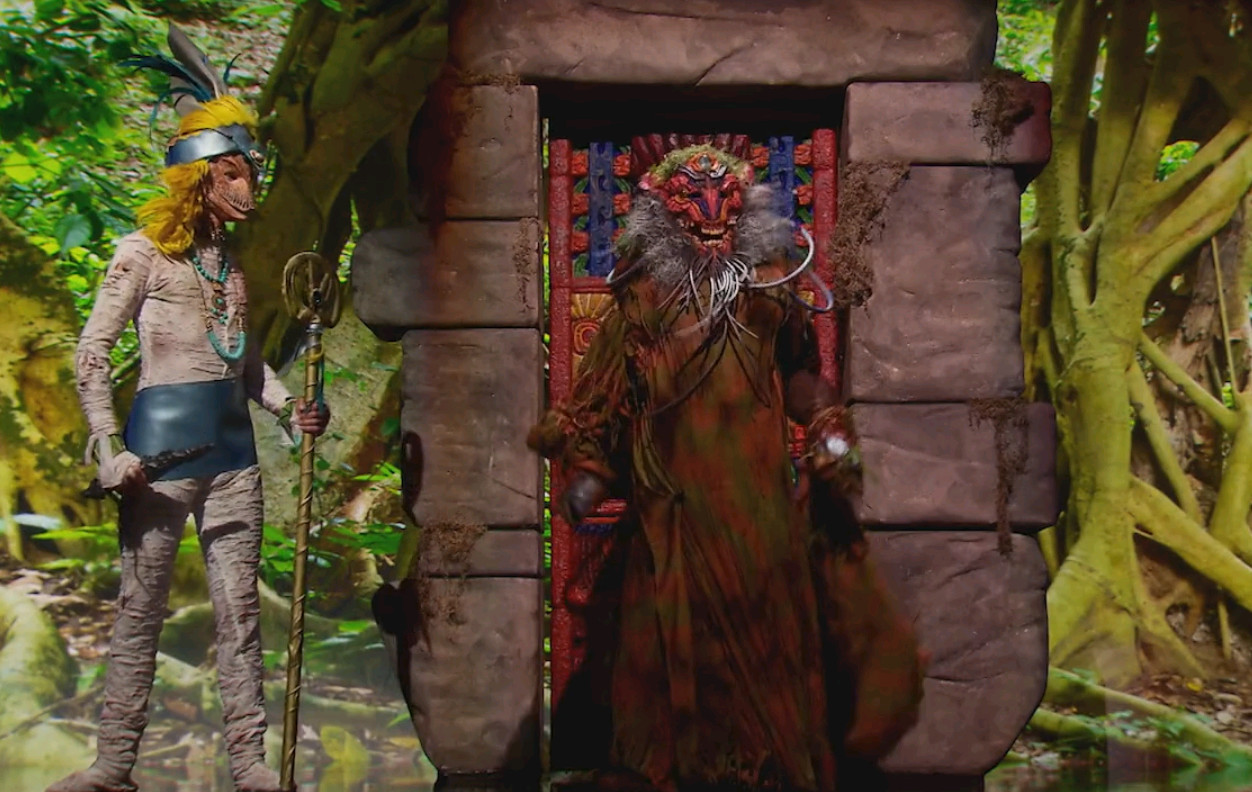 Glenn added that the snake character had a “kids’ show feel.” 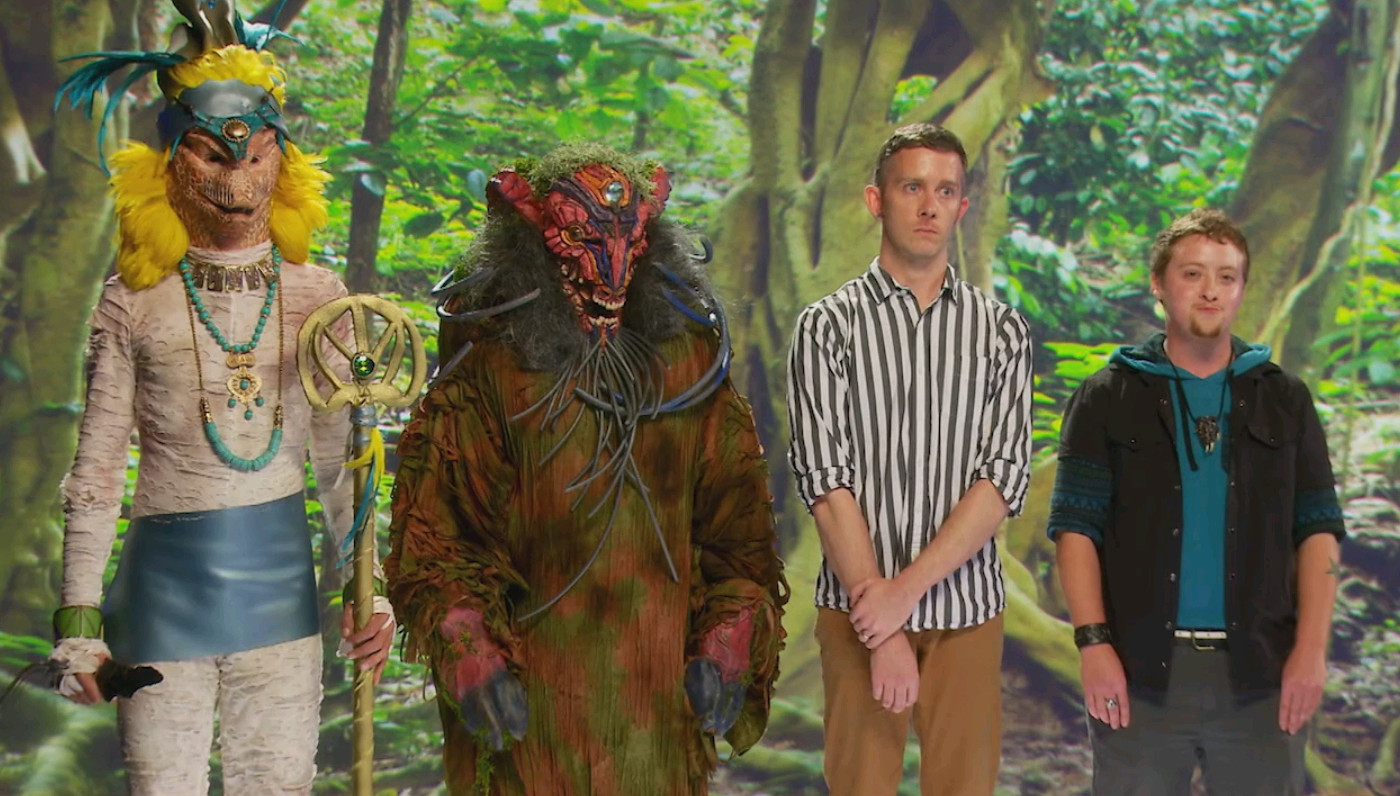 It was obvious Libby was going to be on the chopping block the entire episode. It started with her admitting that she isn’t the best at creating animals, but she didn’t want to change her concept because she’s “too stubborn for [her] own good, sometimes.” But then, as the challenge progressed, her stubborness quickly turned into concern when she realized, “I feel like I bit off more than I can chew.” 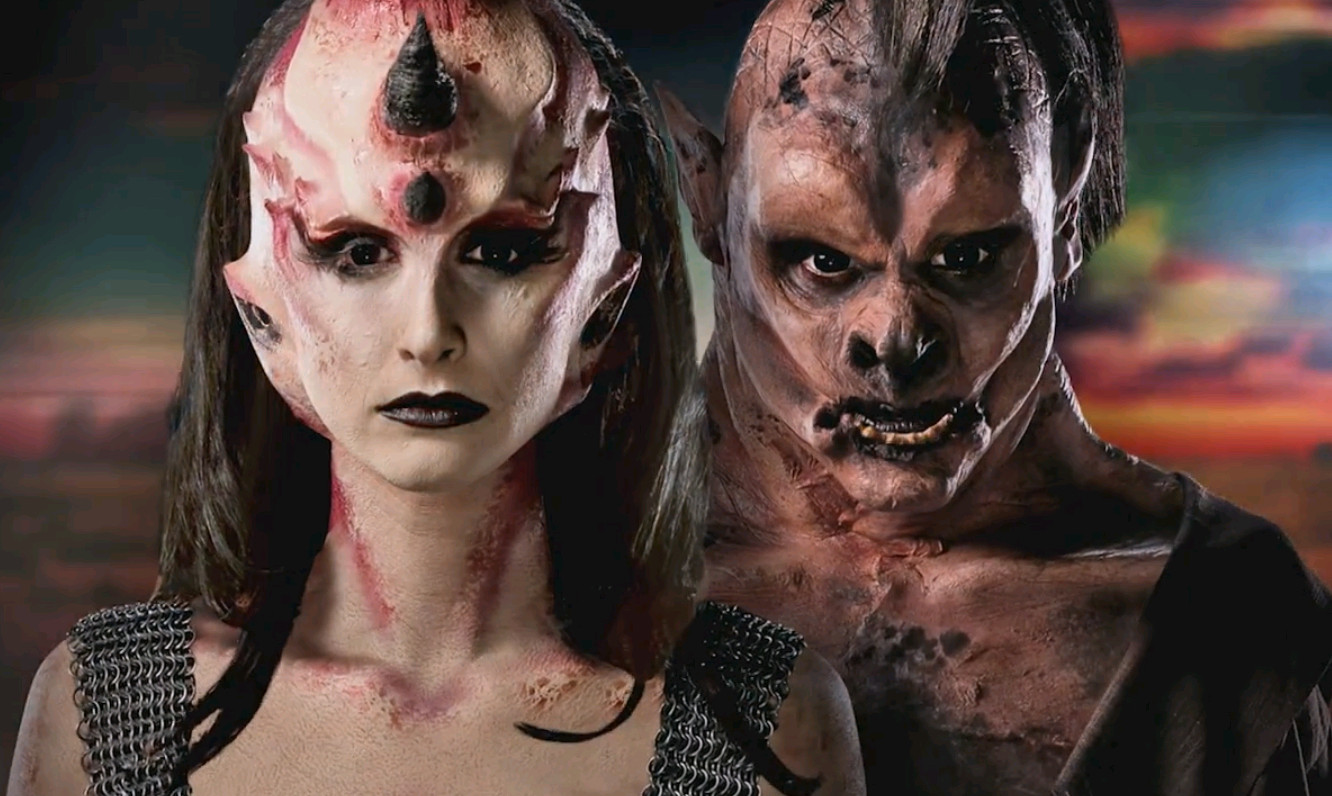 Yep. The judges slammed her lack of skills in the anatomy department. “Your anatomy and your painting were both way off, and that left us with little choice tonight,” Glenn said as Libby was eliminated. 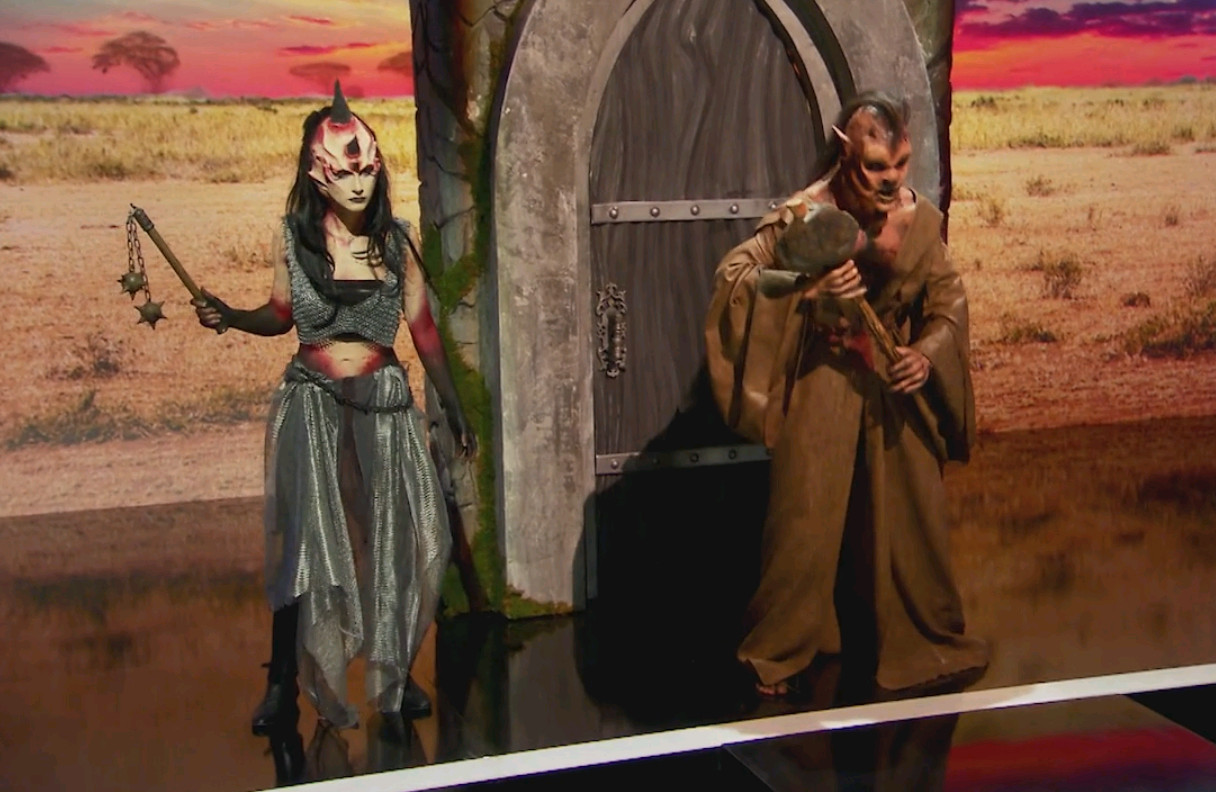 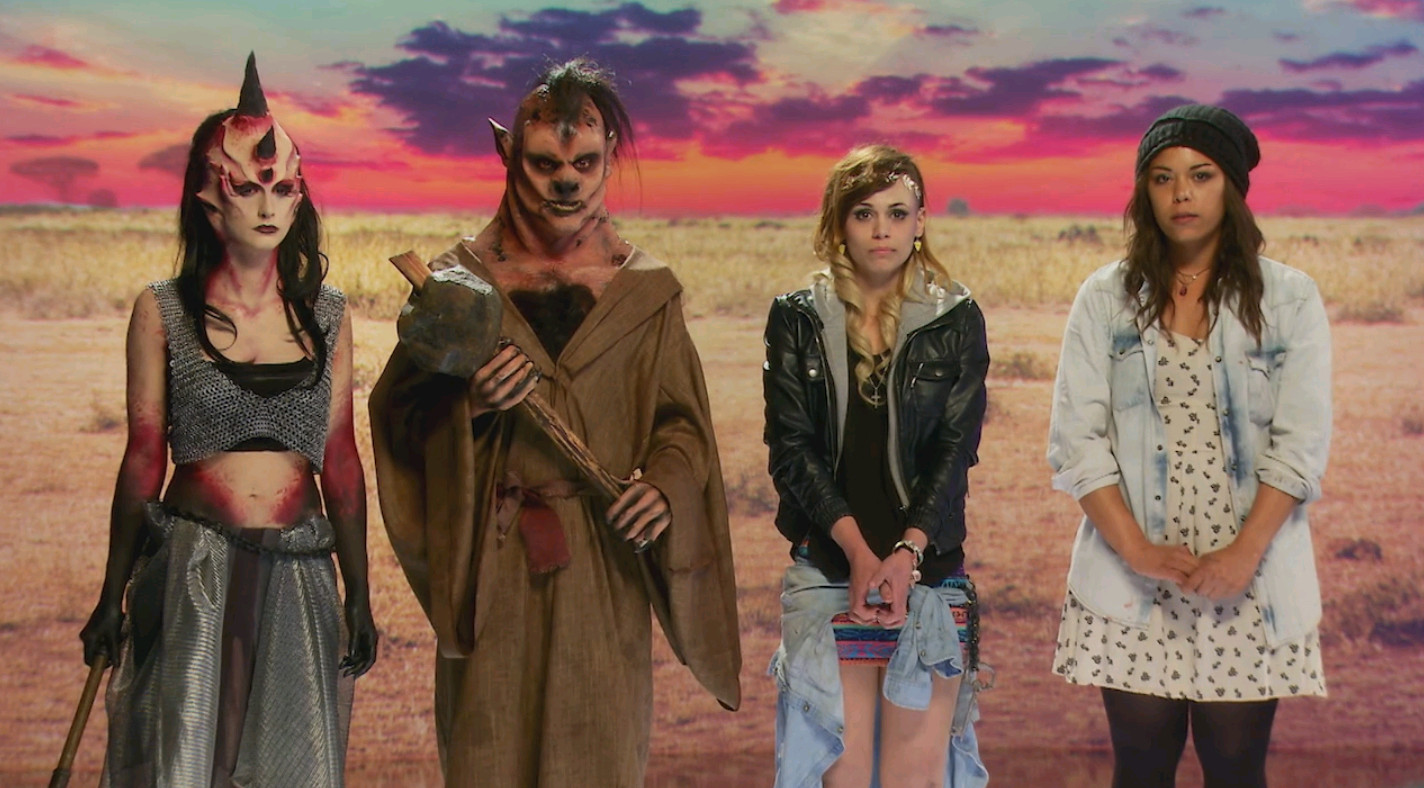 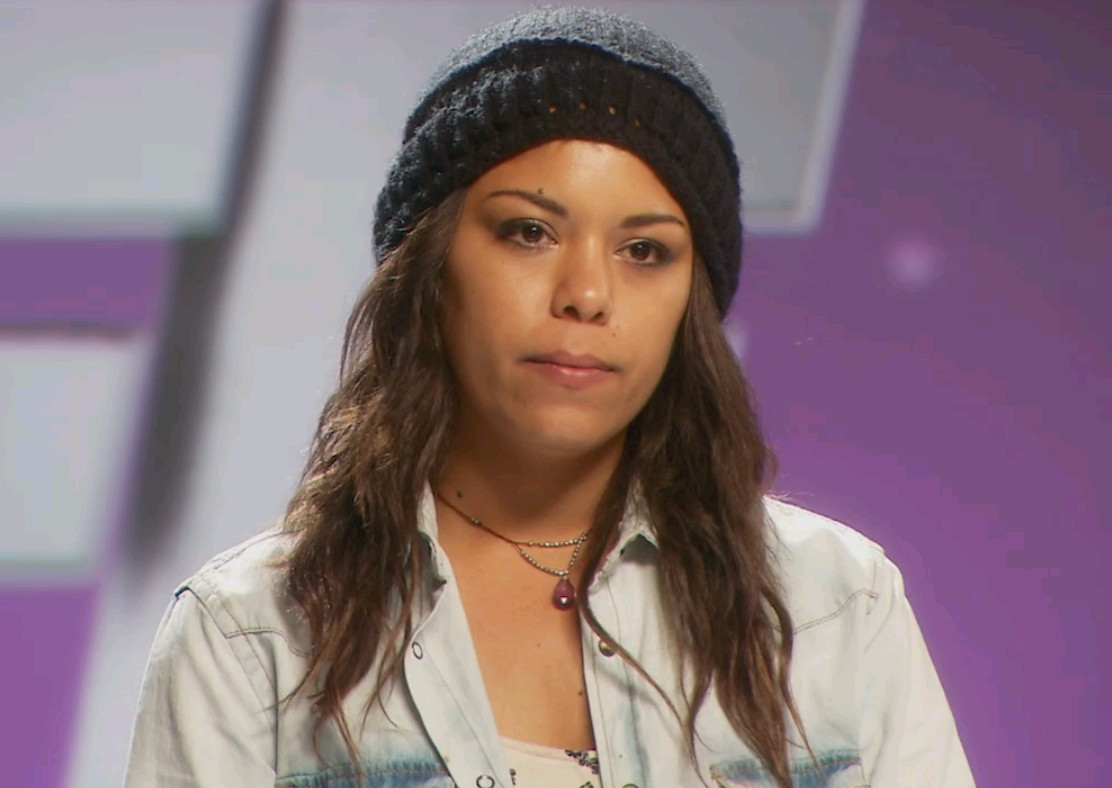 This is why granting immunity before a team challenge is unfair. If Face Off continues the Foundation challenges in the future, it would make better sense to only activate one before a solo Spotlight or Focus challenge. With Meg’s safety, Libby didn’t stand a chance.

This challenge put Meg in the bottom yet again and I would be willing to bet if she wasn’t protected by immunity the judges would have ousted her when considering the previous work. Hilariously, though, Meg turned to Twitter as soon as it was revealed she was a “bottom look” yet again with a sad video #BottomLooksQueen.

Honestly, though, if the judges were solely looking at this week’s challenge, they definitely eliminated the wrong person. The worst makeup, I think, belongs to Jason with that strange lizard makeup.

More: Missy says Face Off eliminated her because of her physical appearance

Do you think Libby deserved to be eliminated? Do you think the Foundation challenges should just be wiped away? Which finished makeup was your favorite? Tell us your thoughts!