Was it just me, or did it seem like many celebrities were on their worst behavior this week?

Between Jenelle Evans getting arrested for the 16th time, Kim Zolciak glorifying the thigh gap, Amy Poehler making a tasteless joke about Beyonce’s 3-year-old daughter Blue Ivy and the Duggars just… well, being the Duggars, it felt like there was a neverending stream of bad, horrible, no-good stories in the news. But in reality, we were just letting the bad outweigh the good, because there were quite a few stars doing pretty awesome things this week.

Related story Why Was Teen Mom's Farrah Abraham Mom-Shamed For a Bikini Video With Her Daughter?

Instead of continuing to talk about all the scandals the Ashley Madison hack is causing (we can continue those discussions at another time), let’s take a few minutes to read about and applaud those who did something positive for the world in the past seven days:

To kick off the list of this week’s do-gooders, we’re starting with Graceland‘s Serinda Swan. In a recent interview, Swan told us why using her voice to educate fans about sex trafficking is so important to her, but on Saturday, she jumped out of a plane from 18,000 feet – which is the absolute highest tandem jump you can do – to raise awareness and money for The Girl2B Foundation’s anti sex trafficking campaign. Not only did Swan help raise over $50,000, she taught her followers that even one dollar can make a huge difference in sex trafficking survivors’ lives.

On Wednesday, Michael Clifford revealed that he had some problems with his mental health and needed to see a therapist “real quick” during the band’s short hiatus. Fans flooded him with words of support and thanks for sharing his very personal struggles, and we applaud him for helping rid mental health issues of their negative stigmas.

Yes, she actually did something positive this week by dedicating #WomanCrushWednesday to herself! Her #WCW post did receive some backlash, but haters gonna hate! We think all women should have crushes on themselves, whether they’ve had plastic surgery or not. Self-love is self-love, and seeing a celebrity promote that is A-OK with us.

Oh, how we love Ellen Page so. The actress dressed incognito and crashed an event attended by presidential hopeful Ted Cruz to question him on his LGBT and religious liberty beliefs. The two went back and forth discussing the segregation the LGBTQ community is experiencing, and even better: Ted Cruz had no idea who she was, and the whole thing was caught on camera.

OK, her twitter is always a gold mine, but this week the author outdid herself. Proving that she reads all her tweets, Rowling took the time to give one of her fans some truly inspiring advice about following her dreams and ignoring the haters. It’s something we could all learn from.

Who knew WWE superstars could be so good? The Make-A-Wish Foundation announced that John Cena granted his 500th wish by meeting an 8-year-old boy from Queens, New York, who’s battling a life-threatening medical condition. Cena didn’t promote the huge milestone himself, but Make-A-Wish posted an adorable photo and sweet message thanking the wrestler for all he’s done.

The Girl Meets World star blew us away this week after a fan asked for her opinion on the term “white feminism.” Proving that she has taken ample time to educate herself on the issues surrounding women, race and equality, Blanchard shared her perspective on feminism and encouraged her fans to keep talking about important issues because “discussion leads to change.”

I am never dieting again, thanks to Bryce Dallas Howard. During an interview with People magazine, Howard discussed her past experiences with dieting and shared her current opinion of it, saying it’s the “worst thing you can every do for yourself… it disconnects yourself from your body and your body’s wisdom.” Howard continued to explain how reading inspired her to change her eating habits and accept and appreciate her body for what it is.

Just say no to fighting aging: That’s the message I got while reading Sadie Frost’s comments on being 50 years old versus being 20 years old. When asked about the aging process, Frost discussed the derogatory questions she’s been asked in her “older” years. Not only that, but she made aging sound awesome by explaining more years equals more wisdom and experience, which only enables you to enjoy life that much more. 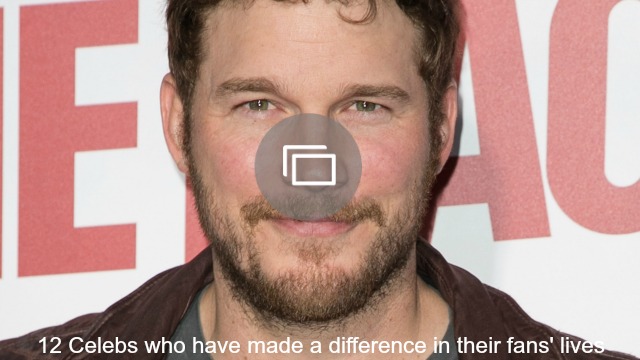 Who inspired you this week? Share in the comments below!