Last week, on the premiere of the 14th season of Project Runway, Tim Gunn announced to the room full of designers in the midst of their work, “A lot of you have a big lump of coal up your rear ends.” This week, those lumps of coals have given way to diamonds for some, and to bigger lumps for others. 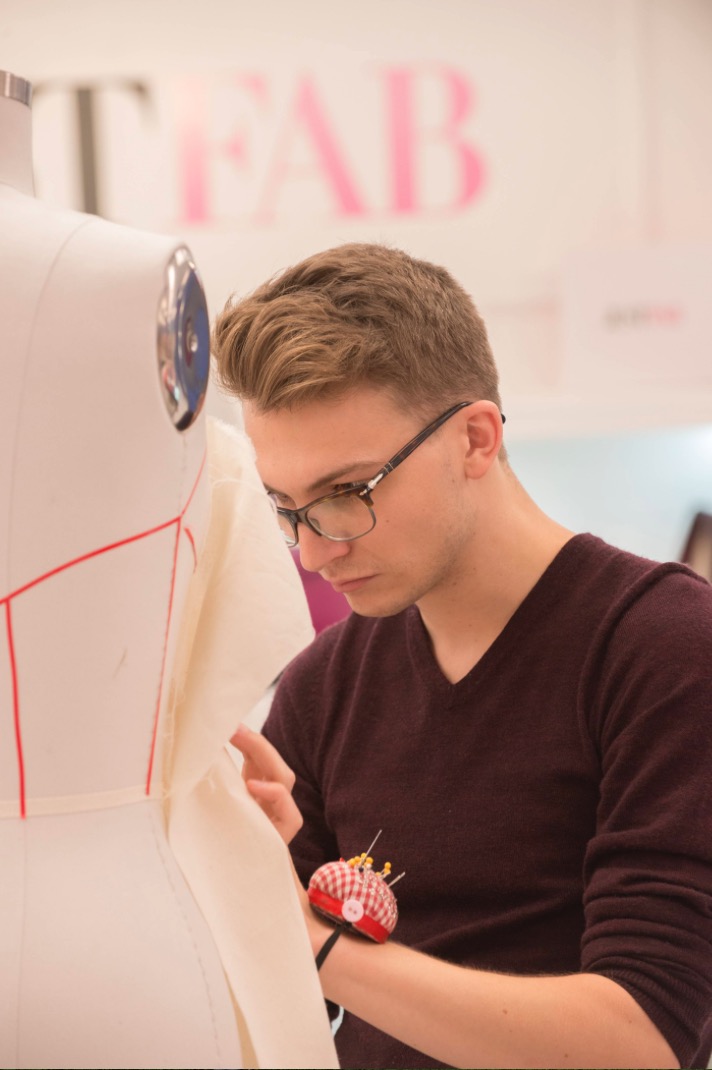 The designers meet Tim at a Hallmark store, where they learn the challenge is to create clothing from, that’s right, Hallmark cards. Everyone is being extremely generous with one another, trading materials, and saying so far, this feels like a big family. (A big family on a TV show who are competing with each other for $10,000 and various prizes.) The timing of this proclamation is nothing less than ironic because when Blake doesn’t understand what Swapnil is explaining about big machines and heavy machines, he says, “I don’t speak Indian.”

More: Tim Gunn surprises everyone with these harsh one-liners on Project Runway

Fans on Twitter were not happy, with many turning on Blake harshly.

Blake thought it was all fun and games, and declared himself to be “adorable,” which further irritated and annoyed Project Runway fans.

More: Check out the reality TV shows coming in the fall of 2015

No one intervened, and Swapnil decided to let it go, and it stays gone for the rest of the episode. Only time will tell how it impacts the rest of the season, but it was a disturbing moment that represents the overall tone deaf nature of reality TV to — among other things — issues of race and ethnicity.

In his stroll around the designers’ workroom, Tim uses the word “constipated” to refer to David’s design but seems pleased overall. Edmond makes everyone want to get married in his paper wedding dress before it even hits the runway, and Amanda freaks out and cries, and freaks out some more. 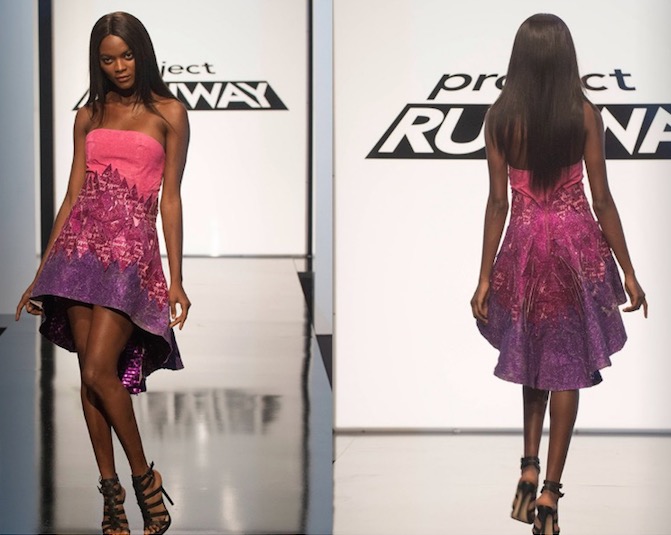 Unfortunately, you can’t kick someone off a show about fashion for saying something racist (yet). You can kick them off for making something awful, even if they had to make it out of paper, but guest judge Ashley Tisdale loved Blake’s dress, and he lived to design another day. The consensus on Twitter is that he should have been eliminated this week due to both his behavior and his design.

More: 15 times Samantha Cameron proved she was worthy of being called “best dressed” by Vanity Fair

Ultimately, David was sent to clean out his space, and Edmond and his fantastically risky paper wedding dress won the challenge.

Do you think someone should have called Blake out on Project Runway for his racist comments? What looks did you love this week? Did the judges make the right decision?