Jennifer Lawrence’s recent visit to Montreal brought warmth and joy to the little patients of Shriners Hospital for Children.

More: Jennifer Lawrence has conquered the wage gap with her new film

According to MTL Blog, she visited the hospital while on location in Montreal filming the new X-Men movie. The children were thrilled to meet a real-life X-Men character (Lawrence stars as Mystique) as she posed for pictures and signed casts.

But this is not the first time the The Hunger Games actress has given back to the community. Lawrence previously swore for 30 seconds straight on Conan, raising a total of $10,000 for a charity of her choice — if it helps someone in need then it can’t be all that bad! She also recently supported the Special Olympics, where according to Sharity, every donation to the cause receives a chance to win a VIP Serena movie pass, and a chance to meet the stars in person.

However, Lawrence is not the only celeb who is doing good in this world. Here’s what four of your other favourite stars have been up to.

More: These 5 pics of Chris Pratt surprising kids as Star-Lord are beyond adorable

Rachel McAdams has most recently supported Greenpeace’s campaign to save the Arctic from offshore oil drilling by lending her voice to the campaign’s awareness video.

Celine Dion founded her own charitable organization called the Celine Dion Foundation and is also the National Celebrity Patron for Cystic Fibrosis Canada.

More: Beyoncé’s Haiti footage will make you forget all about her diet (VIDEO)

If he wasn’t already the perfect man thanks to his smoldering good looks and superb talent, Ryan Gosling is also one of the nicest guys on the planet. The actor is a proud supporter of the ENOUGH Project, which fights against genocide and crimes against humanity. He has also shown his support for the SickKids Foundation —  a Canadian foundation that donates $4 million per year to fund pediatric research, according to Bell Canada.

According to the organization Look To The Stars, Ellen Page supports Food Bank for New York City, and the U.S Campaign for Burma, which she made a video for in 2008. She is involved in environmental activism too and supports the climate-focused campaign organization, 350.org.

“Ellen Page” PSA for US Campaign for Burma from Isaiah Seret on Vimeo.

It’s always good to see famous people creating awareness for charities and doing some good in the world. Something we should all strive to do. 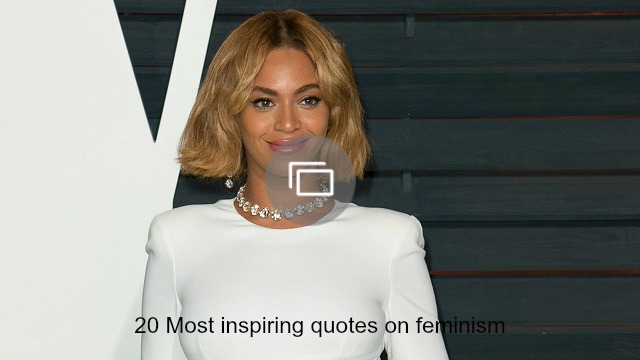