Face Off‘s 100th episode airs tonight, and we’ve got the inside scoop from the judges and host McKenzie Westmore before the marriage-themed episode airs.

“It’s really great. Our models are actually not our normal models,” Face Off judge Ve Neill explained. “They’re actually couples that are getting married. And each one will be in themed makeup. We have a small audience with us, and it’s going to be, like, the mothers and fathers, and so they’ll be there. And McKenzie was ordained as a minister, so McKenzie is actually going to marry these couples on the show in makeup. It’s going to be really cool. It’s really cool.”

And don’t expect fairies and pretty things like I did initially.

“It wasn’t at all wedding cake topper classic,” judge Neville Page explained. He added, “Each of the couples’ personalities came through in all of the choices. So they got to work specifically with a makeup artist and what it is that they wanted their wedding to be like and the character they wanted to be.”

Westmore described the makeup as, “Unbelievable, not what you would think. Full-on creatures.”

Westmore herself had the honor of officiating all seven of the couples’ wedding ceremonies. She explained she couldn’t get over how impactful her role was as a minister.

“It struck me, and it got me emotional,” Westmore admitted.

She added, “One of the couples that was standing in front of me, she started to cry, and the blue makeup is just streaming down her cheeks, and that’s when it clicked for me, and I was like, ‘OK, snap out of it yourself, this is about them. It’s not about you.’ And just making that eye contact with her and seeing the tears streaming, it just like completely brought me back to, wow, this is what it’s about. It’s about these seven couples, and here we go!”

They were also all big fans of the show going into the episode, which made the ceremonies all the more meaningful.

“They’re all beautiful couples. You’ll see,” Westmore said. “They’re gorgeous couples, but they’re not like our typical Face Off models, so they’re fans of the show and that’s what was like, even cool, because I got to sit at the judges’ table and officiate, sign their legal documents, which was even trippier to me.”

As for Westmore, who is currently planning her own wedding, she said there won’t be any surprise creature elements when she ties the knot this October. She and her soon-to-be husband are going full-on traditional at a vineyard. And, guys, I got a sneak peek at her dress! Let me just tell you, it’s absolutely stunning and gorgeous! 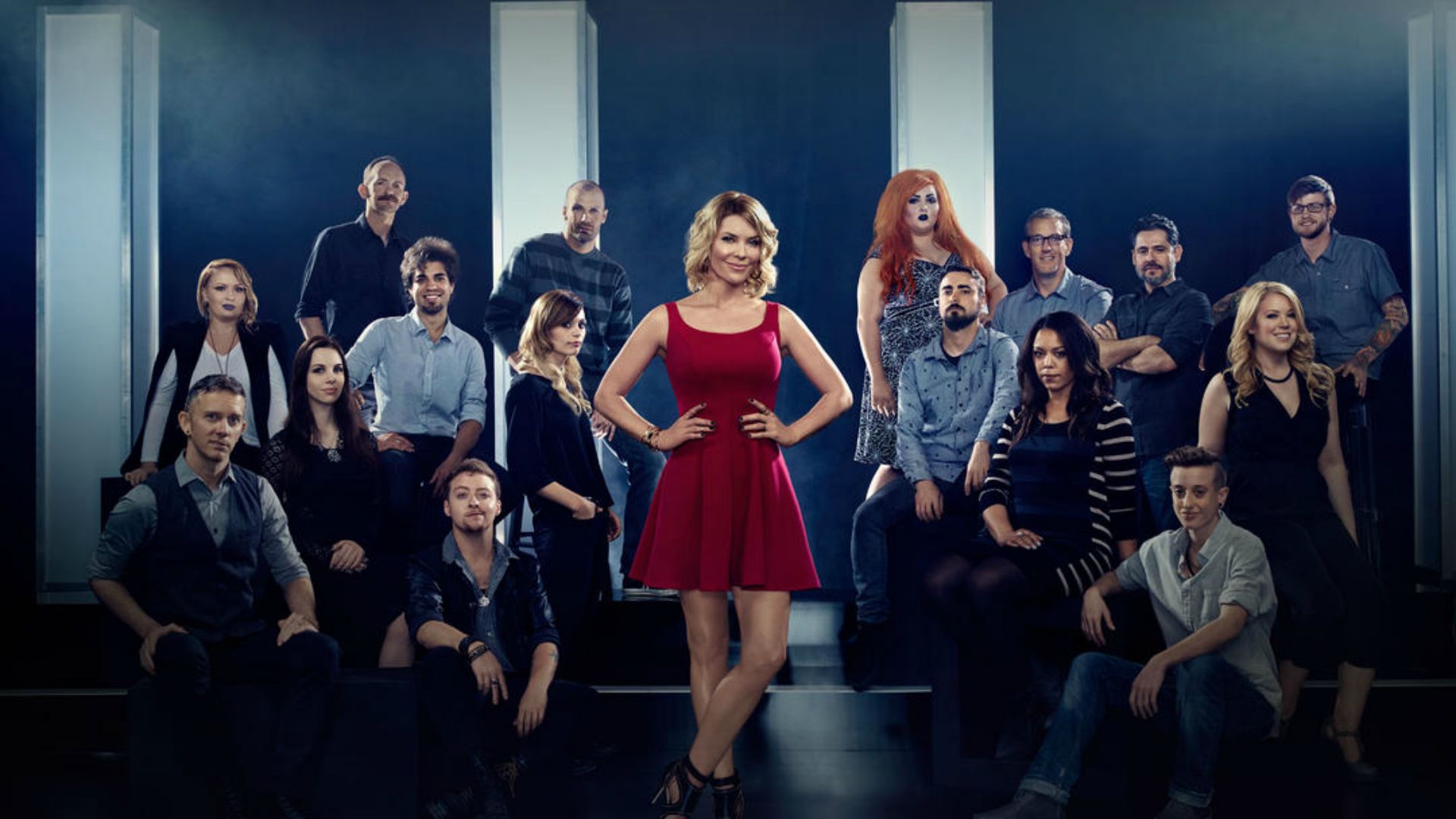 Judge Glenn Hetrick said the most exciting part of the 100th episode was the involvement of the family members.

“My favorite thing about it was they had family members since they were getting married. We’ve never done this before. So we had people on stage as our models, and then right in front of them as an audience were their families to witness the weddings,” Hetrick explained. “So that was another entire dimension to the show that I’ve never experienced where the people modeling the makeups, because they were getting married, had families sitting right in front of them and reacting to them in these makeups, and that was so great.”

More: Sharknado 3: Get the who, what, where, when in GIFs

“I’m sure their relatives and stuff have no idea what’s going to be happening to them,” Neill added.

Face Off‘s 100th episode airs tonight on Syfy. Get a sneak peek of the episode below.