The big Charles reveal on Pretty Little Liars is almost here and we’re so excited we can hardly stand the wait. Luckily, star Sasha Pieterse, who plays Alison, gave us an inside look at what’s to come on the show. And, based on her teasers for the midseason finale, let’s just say the #SummerofAnswers has finally arrived in full force.

1. There won’t be any questions left unanswered

“It’s my favorite episode, honestly. I love everything that they did with it,” Pieterse revealed. “There’s literally no questions that I had afterwards as far as everything that’s happened so far that you guys see.”

More: Pretty Little Liars: Redditor spills who A is and 14 other spoilers

2. It isn’t a cliffhanger finale

“It was so much fun to film, but I just really appreciated everything that they did with it, mainly because it wasn’t like our normal finales. It’s not just about a cliffhanger,” Pieterse explained. “That’s not what the episode’s about. There’s such a sad, dark, heartbreaking storyline and you really get to find out what A, what Charles, is all about, and the reason for all of the crazy things that these girls have been through and why.”

3. It will be a personal and memorable episode

“[Showrunner I.] Marlene [King] also directed this episode, so I think it’s really personal for all of us, and it’s just really memorable. You know, six years it’s been crazy and now we finally find out who A is, who the real A is and why all this madness has happened. I think the fans are going to love it just as much as we do. I really do.”

“I got a lot of comments on Twitter and Instagram. Basically, fans hope that it’s not someone they know and see all the time, but also they don’t want it to be someone that they’ve hardly seen and, honestly, I think that their wish comes true.”

“I think this is someone that no one would have expected,” Pieterse teased about Charles’ big reveal. “Alison didn’t expect it. None of the characters expected it. But, at the same time, it makes sense once our storyline unravels. You’re so heartbroken and confused, but you understand it at the same time. It’s really phenomenal what they’ve done with it.”

“You know, it’s different than what you would think. I wish I could tell you! I really do. I wish I could spill the beans, but I can’t. I think it’s going to be so special for you guys to just watch and find out,” Pieterse told us.

“I love this person so much and they did such an amazing job pulling this off because A/Charles is so in depth. There’s so many levels to this character.” 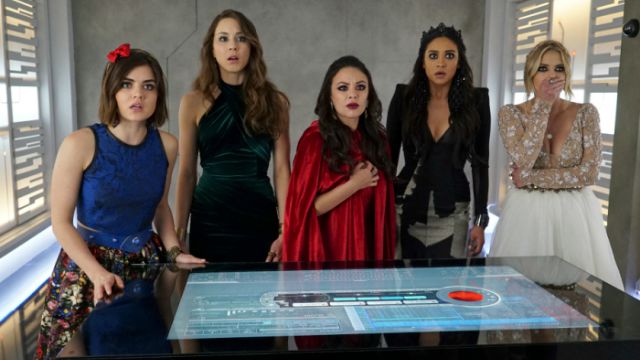 10. Fans will have some conflicting emotions about the reveal

Pieterse explained, “I don’t really think there’s a right way to feel about all of this. I don’t think that fans are going to know exactly how to feel. You see Alison really conflicted in it as well. And I think the girls are that way as well. It’s very emotional and heartbreaking.”

11. The actor who will be revealed as Charles thought it was just as crazy as you will

Though Pieterse wasn’t there when the actor found out s/he was Charles, she “got told all about it. This person was talking to me about how crazy it is and how they found out and all the things they knew they had to do now. It was a lot of fun.”

12. The Charles unravel was planned from very early on

“I don’t know exactly how long, but the idea of this has been pretty much from the beginning. And so none of us knew how it was going to unravel until they told us. So we were as much in the dark as everyone else was. It totally blindsided me, but in the best way. It’s so much fun for us, too, because we get to find out all these secrets while we’re shooting and it makes it so different compared to just knowing what’s going to happen.”

13. Alison will mature in the flash-forward

“It’s so much fun to play because it’s so different,” Pieterse said of Alison, who will gain a lot with age. “I think, just because of everything that’s happened to her in her childhood, she’s been searching for normalcy, which is what I expected. But I think the location of where she ends up is not where anyone else would expect. She’s really reinvented herself and she really is a genuine person and she’s worked so hard to be a better person. And we see that.”

14. Just because the finale is called “Game Over Charles,” doesn’t mean the A game is over

“What I think is so great about the second half of the season, when we flash forward, is that it’s not redundant. We’re not just doing the same thing over and over again. There’s so many changes and when you find out everything in the finale, it all makes sense and related in the future. Obviously, I can’t tell you what happens in the future to make all the craziness happen, but it’s not something that’s out of the blue in a way that it’s not believable. It’s very believable.”

15. Just because Charles will be revealed, doesn’t mean he’ll be caught

“I don’t want to ruin the surprise, but you’ll be very satisfied. It’s not something that you’re going to be upset about, I don’t think,” Pieterse revealed.

16. The Charles reveal might change your mind about everything

“I think they just need to go in with an open mind because we throw so many things at them. It all unravels in the way that you will appreciate it and I think it’s amazing about how many opinions they have and it’s the best that they’re so involved in it. But it’s going to be really interesting to see how [fans] react to all the answers that we give them. So I think just experiencing it for what it is is really what they need to do. And we did the same thing. We have all these theories and things we thought would happen and it wasn’t exactly what we thought, but it’s so great what they did with it. They changed my mind on a lot of things that I thought were going to happen, but in the best way possible.”

Check out a sneak peek clip of the episode below. 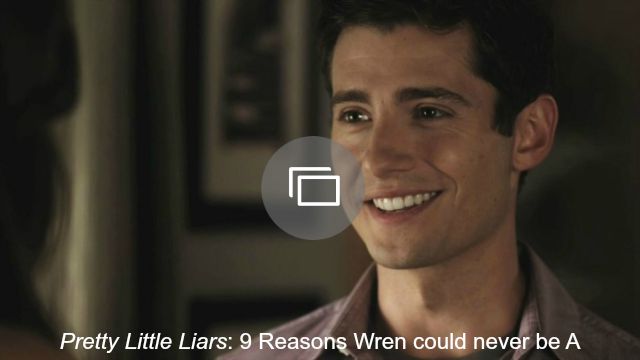