Caitlyn Jenner is quickly learning that coming out is just one step in a very long process of coming to terms with her real self. Another step on this long journey? Accepting the way she looks in a bathing suit. 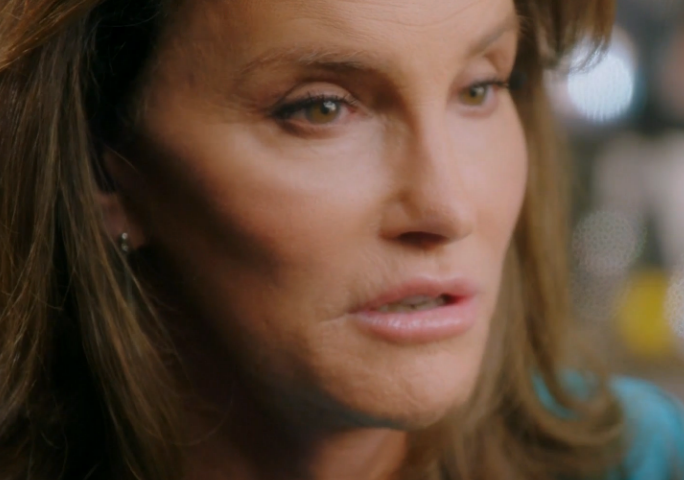 Body image issues are rampant in all demographic groups. People who identify as a variety of genders, sexual orientations, ethnicities and body types all struggle to make peace with their physical appearance. This is certainly a problem for Caitlyn Jenner, who, despite having largely accepted who she is and who she has become, still feels very uncomfortable about the idea of showing too much of her new physique.

On the latest episode of I Am Cait, Caitlyn was forced to fess up to her swimwear insecurities when chatting with good friend Jenny Boylan. Like many of Cait’s admirers, Jenny was curious as to whether the reality star had ever stripped down to a bathing suit at the pool. Caitlyn tried her best to dodge the question but eventually was forced to admit that, while she was no stranger to bathing suits, she wasn’t quite brave enough to ditch the extra layers at the swimming pool. She is certainly not alone in this reluctance to wear a swimsuit in public; plenty of people remain covered up because they’re embarrassed by the way they look.

Everybody has their own journey when it comes to body image and modesty; it certainly was a huge step forward for Caitlyn to wear a one-piece swimsuit in front of other people. As inspiring as this moment was, it was also was kinda nice to see a reality star actually showing a little hesitation, as opposed to displaying the skimpiest of bikinis proudly on Instagram. In fact, when deciding which of her swimsuits would look best, Caitlyn actually rejected one, as she worried that it would feature too much cleavage.

The ensemble Caitlyn ultimately selected was perfect for the occasion, and it was a very nice change of pace from the string bikinis that dominate Keeping Up With the Kardashians. The Twitterverse certainly approved of Caitlyn’s choice (and her appearance in general):

Wearing a bathing suit in public is huge for any of us. Rock on @Caitlyn_Jenner #IAmCait

As refreshing as it was for viewers to see a member of the Jenner clan actually keeping a tiny bit of skin covered, it was even better to know that Caitlyn found the entire experience freeing. No, it was not easy for her to quiet the negative thoughts about her physical appearance, but once she did, she realized just how much of a relief it could be to let loose. Hopefully, her experience will convince at least one viewer to shed the insecurity and proudly wear that dream swimsuit at the pool.

Can you relate to Caitlyn Jenner’s struggle to accept the way she looks in a bathing suit? Comment and share your thoughts!