Season 2 of True Detective really had viewers polarized for all eight episodes. But it seems the one thing everyone can agree on is that the results of Ray Velcoro’s paternity test was the most emotional moment of the entire show. Here’s why. 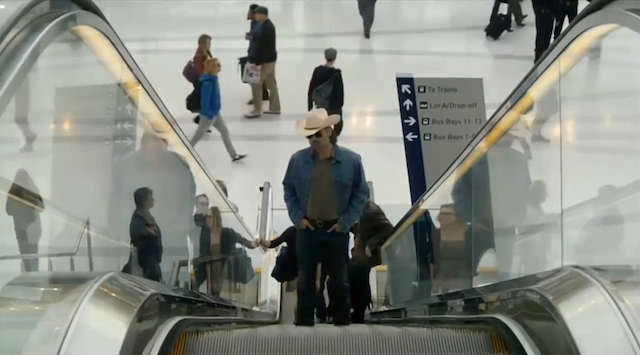 One of the main themes from True Detective‘s second season was infertility, both real and metaphorical. Frank Semyon (Vince Vaughn) and his wife, Jordan (Kelly Reilly), were unable to conceive a child while their shady business dealings dried up. Ani Bezzerides (Rachel McAdams) couldn’t sustain any stable relationships because of her traumatic childhood, causing her personal life to be a wasteland. Ray Velcoro’s (Colin Farrell) life fell apart when he murdered the man he thought raped his wife and was tortured by the fact that he may not be the father of the son he tried his best to raise.

More: True Detective: All the reasons why [SPOILER] had to die

What was heartbreaking about Velcoro’s story was that he didn’t need to know if he was the biological father of Chad (Trevor Larcom) — he loved him no matter what. He wanted to be there for the awkward, ginger-haired kid that certainly didn’t look like his offspring.

Of course, Velcoro wasn’t the best father, considering he was tortured by his own demons. But the effort he made to make digital voice recordings of his thoughts to stay connected with Chad was admirable. And Velcoro wanting to say an in-person goodbye to his son, no matter what the cost, was the work of a loving father. Too bad it had to end so tragically. Not only did Velcoro pay for his sins with his life, but his last voice recording was never uploaded, meaning Chad may never know how deeply his father loved him.

All of this adds up to one very emotional moment in the season finale, where Velcoro’s ex-wife Gina (Abigail Spencer) reads the results of the paternity test. Turns out that Velcoro’s cop instincts were right — he was the father of the kid he struggled so hard to stay connected to, and it brought some people to tears. Here are just a few of the tweets we found:

my eyes were lowkey watering at the paternity test. 😪 #truedetective

If Ray only knew the results of the paternity test!!! #TrueDetective

And then the paternity test?! COME ON. #TrueDetective

And to add to the theme of fertility, the last scene shows Bezzerides carrying a little boy around South America. The boy is Velcoro’s second son, giving us hope for her and the next generation.

What did you think of the season finale? Let us know in the comments section below.