In the sixth Big Brother eviction last night, the houseguests went with Clay’s wishes and evicted him to keep Shelli in the house. Then the next Head of Household competition began.

Was it smart to evict Clay?

It might not have been the best idea for the Big Brother house to evict Clay over Shelli. While #Cell seemed to have been running the game, it was really Shelli who has proven to be the powerhouse by winning so many HOH competitions. Clay, being the gentleman he is, elected to let Shelli stay in the house and go home himself. The houseguests might seriously kick themselves over that decision later on because you know Shelli will be out for blood.

More: Why separating #Clelli was the best move so far in Big Brother

Who won the Head of Household competition?

Spoiler alert! If you have not already found out or don’t want to know until Sunday night, stop reading here. Do not scroll past this photo. 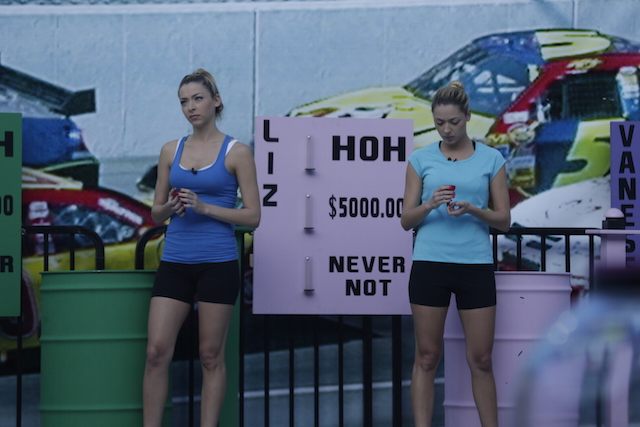 Not only did the winner of the Head of Household competition win HOH, but she also won both other prizes, the $5,000 and the Never Not, giving her the power to never be a “Have Not” in the house again. Who was it? Becky! Now if you are wondering who Becky is, you aren’t alone. Becky has been relatively quiet in the house all season, but we hear she has big plans for this week.

More: Vanessa loses her mind in the Big Brother House

According to spoilers from the live feeds, Becky knows exactly who she wants evicted from the Big Brother house this weekend. It is no surprise that it is the girl who went crazy this week, Vanessa. She also knows exactly how she is going to go about it. It looks as if Becky will put up two people, one of them probably being Shelli, the other being a pawn, and then do her best to backdoor Vanessa. Of course, for this to work, Vanessa cannot win the Veto competition.

Do you think Becky can pull off her plan to backdoor Vanessa, which would surely calm the house down in the long run. Or do you think Vanessa will win the Veto this week (assuming she gets the chance) and blow Becky’s plans up? If Vanessa can’t be backdoored, who do you think will head home?