We’ve watched them tear apart furniture, use plants, flowers, food and even the clothes off their backs to make beautiful designs to send down the runway. But during last night’s premiere of Project Runway Season 14, the 16 designers learned that they have a brand new challenge that will last all season: the arrival of Evil Tim Gunn.

Now, I have no proof, but I suspect they have replaced the real Tim Gunn with his evil twin brother. Not unlike Big Brother, I’m calling this one the “unofficial twin twist.” They seem to have hidden nice Tim (somewhere warm and sunny, I hope) and brought in Evil Tim.

More: Fall 2015 reality shows coming to a TV near you

Here is my evidence as I present the case for “Lifetime kidnapped the real Tim Gunn and brought in Evil Tim”:

Upon greeting the designers, the real Tim Gunn would have given them a pep talk. He would have made them feel excited, inspired and welcome. That’s not at all what happened last night.

Evil Tim walked into the workroom for the first time and immediately laid right into them: “As you know, we asked you to bring your personal tool kits. Now, something completely unprecedented has happened. Three of you…” — and then he pointed them out — “David, Swapnil, Merline… brought nothing!”

The camera panned to the reaction of the designers who looked as perplexed as I was. They, too, were obviously wondering where the real Tim Gunn had gone.

He continued, “I have to tell you I am absolutely incredulous! How could this be?! It’s like going on a long camping trip and not bringing any toothpaste or shampoo!”

OK, it’s clear that Evil Tim Gunn has never been on a camping trip in his life. Toothpaste and shampoo are not camping essentials, but he did scold them pretty harshly right from the get-go.

I know it was Evil Tim who came in to check on the designers’ progress, because the real Tim would have said, “Channel your inner winner,” “Edit! Edit! Edit!” or his harshest critique, “This concerns me.” But not Evil Tim, no, sir.

That guy snuck up on poor Edmond, who has been auditioning for the show since Season 1, and told him, “It makes me question your conceptual abilities and your construction. It looks more like a mistake… it’s the antithesis of joy!”

But he doesn’t stop there.

Kelly, who learned how to make clothes because she was poor and had to, was told by Evil Tim, “You’ve gotta do something that brings this out of the amateur hour!”

Sweet little Lindsay, whom Twitter thinks isn’t a real designer but Taylor Swift in disguise, nearly cried when Evil Tim told her, “I just feel as though we can already go out and get this.” 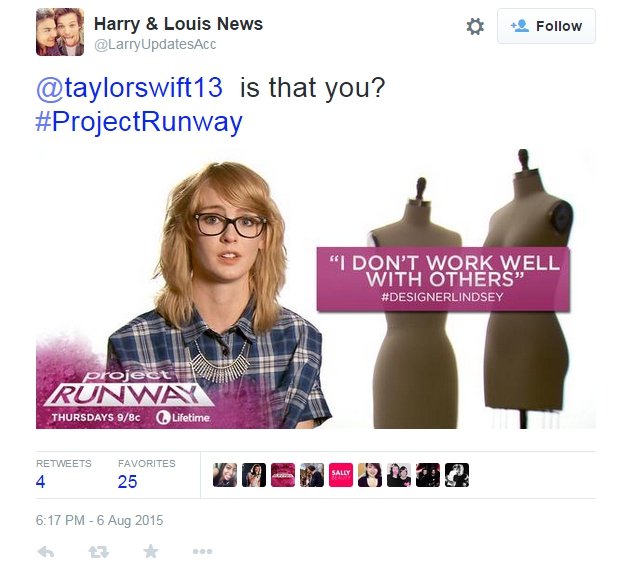 When Swapnil told Evil Tim, “I don’t like making clothes in a rush; you can almost see his head about to spin and the steam rise from his ears,” he followed it with, “Well, welcome to Project Runway, the whole season’s gonna be a rush, geez!” followed by an eye roll and a “wow.”

It got so bad, they just did a montage of Evil Tim spewings:

“The pleats just look so messy!”

But the real moment was Merline. When Evil Tim flew over on his broom to see her, he asked about her design. She showed him what she had sewn — “into the Muslim” (and she said that not once, but three times). Evil Tim couldn’t take it another minute and he fervently and impatiently corrected her: “It’s muslin with an ‘n.’ It’s not a Muslim!”

Beaten down, no longer able to identify fuchsia as a color or tell pinking shears from embroidery scissors, the designers were ready to call it quits. Evil Tim gave one more dig:

“All right, designers. I’m not gonna mince words. Generally speaking, I’m really disappointed. A lot of you have a big lump of coal up your rear ends. You either need to get that lump of coal out or turn it into a diamond.”

More: How Project Runway‘s Tim Gunn is saving the world

What the heck is going on? In previous seasons, Tim Gunn (the real one) was pretty much even-tempered. He began to unravel a couple of seasons ago, lashing out only on rare occasions. But this season, we have been warned, according to Entertainment Weekly, we’re going to get “something unprecedented: a seriously pissed-off Tim Gunn.” And we certainly did!

Is this a ruse designed by the producers to get more ratings? Maybe. I think the answer is that while it’s far more entertaining for him to be Evil Tim, I personally like the grandmotherly Tim Gunn who is your unwavering supporter, like my bubby always was. This Simon Cowell effect will certainly draw more viewers in theory, but in this ordinarily supportive, vulnerable environment of designers and creative types, will this tactic garner ratings? More importantly, where is the real Tim Gunn hiding? Where is the guy who told me that wrap dresses are made so women can put on a few pounds and still look fabulous? Bring him back! As Tim Gunn would say, “This concerns me enormously.”

What’d you think of Gunn? Tell us in the comments below! 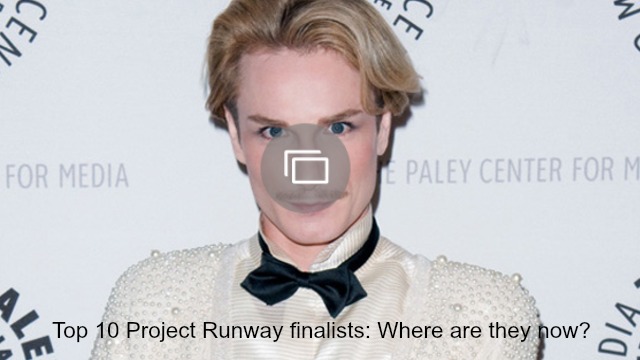