We’re sure you’ve heard by now, but Miss Piggy and Kermit the Frog are over. Dunzo. Kaput.

We’ve spent the better part of our lives since the announcement of their split trying to figure out what went wrong. Well, besides all of the karate chopping. Of all the celebrity couples, we really felt these two were the ones who would go the distance.

Alas, the world still turns and as we’re left picking up the pieces of our broken childhoods, Kermit has moved on to another love named Denise.

More: Hilarious op-ed explains why Miss Piggy is a feminist

Here’s what we know about everybody’s favorite Muppet’s new girlfriend. 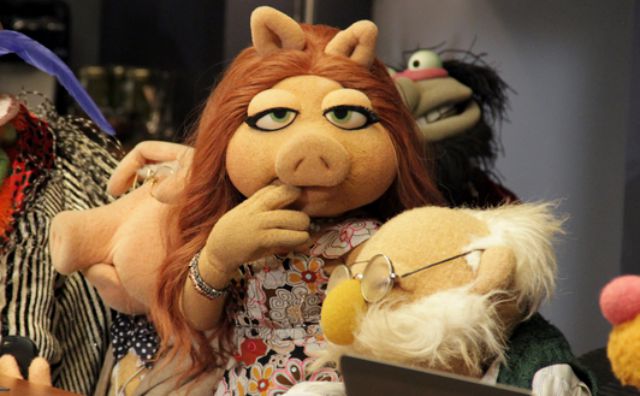 Yes, Kermie definitely has a type and it’s not blond hair and blue eyes. While Denise doesn’t have every physical attribute in common with Kermit’s ex, they do share a notable two: a snout and a corkscrew tail.

2. She met Kermit at work

During a recent Television Critics Association panel that both Kermit and Miss Piggy participated in, Kermit announced that his new GF works in marketing for ABC, the very network the new Muppets show will air on. While having to see Denise is undoubtedly salt in Miss Piggy’s wounds, it’s not that surprising that Kermit and Denise hooked up: 40 percent of the workforce has dated a coworker, according to a study done by CareerBuilder.

3. She’s not always appropriate in the workplace

Check out that seductive pen bite during a crowded business meeting. Not exactly professional, but when your new love is Kermit the Frog, it must be hard to control yourself.

More: An article about feminist Miss Piggy and angry man-splaining has us seeing red

4. She’s got some major competition

Human competition, even. Kermit should have known that as soon as his Miss Piggy breakup went public, female suitors would come running. Emmy Rossum hit up Kermit on Twitter, but was politely rebuffed by the frog. 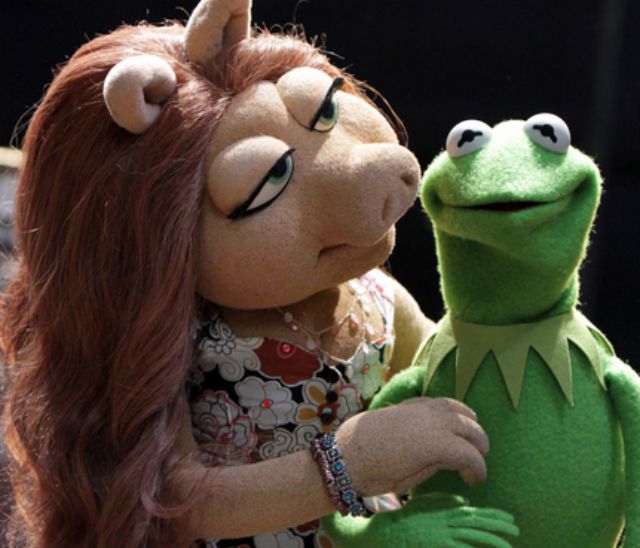 Unlike her peers Fozzie Bear, Gonzo, Animal, Miss Piggy and even Kermit, Denise doesn’t have a commanding social media presence and stays away from Twitter and Facebook. Maybe she’s waiting for the media circus to calm down before she jumps on board.

6. She seems like she wants to keep things friendly with Miss Piggy

In a behind-the-scenes look at the upcoming Muppets show, Denise is seen trying to keep things cool with Miss Piggy by jumping into a group selfie. Miss Piggy, of course, wasn’t having it.

What do you think of Kermie’s new love? Are they the real thing, or is Denise a rebound?