The second-to-last episode of True Detective had one major shock wave: the death of one of its boldest warriors. But when we take a step back and really look at the situation, it becomes clear why he had to die. 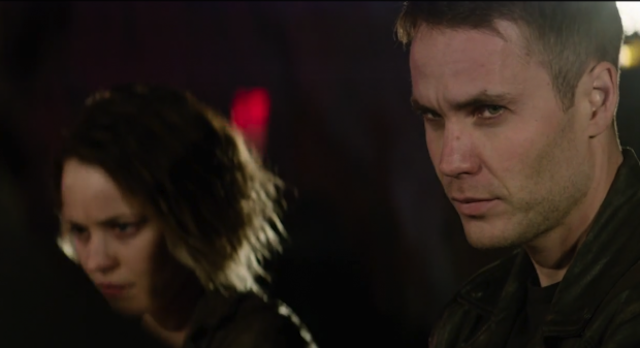 The most defining element in True Detective, in both Season 1 and Season 2, is that all the detectives have troubled souls that rival their villains. We’ve seen bad cops on shows before, but never have we seen such emotional dysfunction in a show’s protagonists. That’s the reason why those who love the show stand by it. We love the highly complicated characters whose mission is to serve and protect, even if their own souls are tortured. The best example of this is Paul Woodrugh (Taylor Kitsch).

Paul is arguably the fiercest warrior of Season 2. This is seen in the fourth episode, “Down Will Come,” during the heart-stopping shootout that bloodied the streets of Vinci. But it almost seemed as if there was a reckless quality to Woodrugh’s battle strategy. It was clear in that scene that this beautiful man was willing to die if need be — there was zero sense of self-preservation — something we don’t see from Ray (Colin Farrell), Ani (Rachel McAdams) or even our villain, Frank (Vince Vaughn). So what makes Paul so heroic to a fault? His self-loathing.

Paul is a man unable to reconcile his true self. His biggest obstacle is his sexuality. He’s a gay man living in a self-imposed homophobic hell. Earlier in the season, the scene when his girlfriend Emily (Adria Arjona) is pressuring him to make love to her is heartbreaking. He goes into the bathroom, pops a Viagra and waits for it to kick in, desperately hoping to prove he’s not what he thinks is a disappointment to humanity.

So why does he hate himself so much? Clues come from his strained relationship with his mother, Cynthia (Lolita Davidovich). Cynthia is a hyper-sexualized former dancer who blames her son for ruining her career. She seeks revenge on him by taunting Paul for who he really is. He argues with her, particularly when he reveals he’s going to marry Emily and raise their baby. Sadly, it’s clear as day that his plan to live a traditional lifestyle will never work, and his mother knows it.

When compromising photos surface of Paul and army buddy Miguel (Gabriel Luna), kissing, Paul flips out. The risk he takes is epic, going down into the bowels of a dark building, not knowing who is behind the threat. He discovers Miguel has set him up. But even Miguel tells Paul that if he could just accept who he is, a gay man, all this tragedy could be avoided. But Paul just can’t. He’d rather die, and so he dies.

Paul’s sexual repression is emphasized when he puts his mother and girlfriend in the same motel room to keep them safe from the bad guys. The two watch the 1961 film Splendor in the Grass, starring Natalie Wood and Warren Beatty. The movie is about two teens overcome with sexual desire who are unable to act on their intense feelings because of societal constraints. Natalie Wood’s character tries desperately to be a “good girl,” but her repression lands her in a mental institution. This makes a great “play within the play” as Shakespeare called it, referring to the mirror Splendor in the Grass holds up to Paul’s tragic journey.

Looking back, there was no getting out alive for Paul. He was simply too conflicted and set on a course of self-destruction.