Fans who are still heartbroken over the end of Hart of Dixie should know star Rachel Bilson misses Zoe Hart as much as you do.

After four seasons of small-town romance and laughter, The CW’s Hart of Dixie came to an end in May 2015. Fans were understandably distressed over being kicked out of one of TV’s last Stars Hollow-style hamlets, but it is time to put one conspiracy to bed: Hart of Dixie did not end because of star Rachel Bilson’s pregnancy.

Bilson and Hayden Christensen welcomed their daughter Briar Rose in late 2014, and Bilson is having the time of her life as a mom. She took to Instagram to make it clear that she would have been happy being a mom and Zoe Hart, though. “Missing the #zoehart #hartofdixie days, especially this outfit and this lady,” Bilson wrote. “Just wanted to clear something up, the cancellation of HOD had nothing to do with me or my pregnancy. I loved my show and loved playing Zoe Hart, thanks to everyone who watched.”

More: Find out how Rachel Bilson came up with such a stunning baby name

The real culprit behind the cancellation is The CW. While the network never cited a reason for Hart of Dixie‘s end, the small show was never a ratings hit, even by The CW’s standards. Played like a throwback to the network’s WB days, as it was more Everwood than The Vampire Diaries. Ultimately, the show was on the verge of cancellation at the end of nearly every season. Now that The CW has several hits on its hands and a more coherent brand forming, keeping the low-rated Hart of Dixie around was likely not a priority.

Creator Leila Gerstein seemed to know the end was nigh, and she wrote Season 4 accordingly. The goal was to give fans a satisfying conclusion in the event that Hart of Dixie didn’t get renewed. The finale served as the perfect farewell to Zoe and the rest of the town, while still leaving the door open in case The CW renewed the series. A renewal wasn’t in the cards for the show, but Bilson is not to blame. The star is just as bummed as everyone else that Zoe’s story has come to an end. 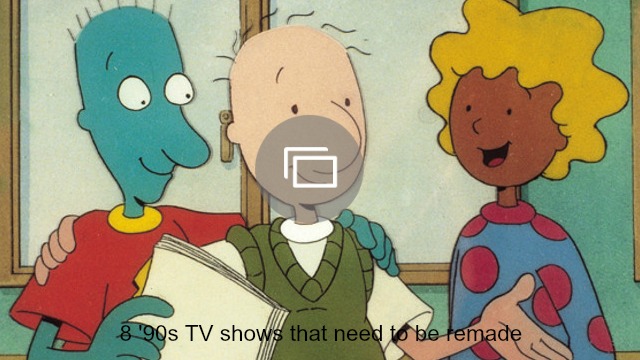