We loved The Fault in Our Stars for its deeply rooted emotional journey about two teenagers in love. Paper Towns is different, and possibly less relatable, given that it tells a one-sided love story that’s mostly a male fantasy. Here are five reasons young women may not connect with the story. 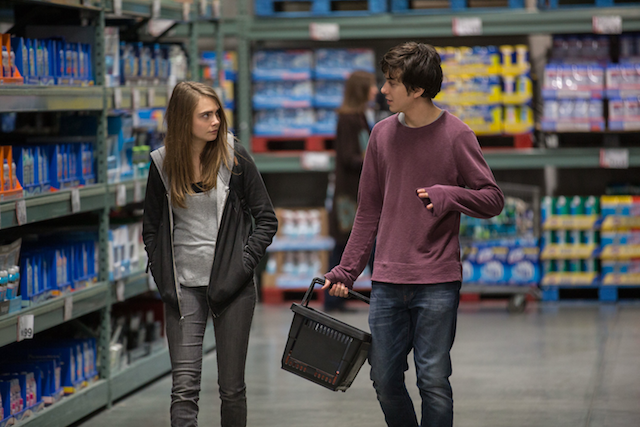 Paper Towns is the story of Quentin (Nat Wolff) and his teenage neighbor, Margo (Cara Delevingne). Quentin calls Margo his “miracle” because her family just happened to move next door to him when he was a little boy. As children, Quentin and Margo were inseparable. But when high school happened, things changed.

Margo became that highly unattainable hot girl and Quentin became the nerdy kid in band — a deep chasm that would separate the two until one crazy night that would change one of them forever.

You see, this is the story of a one-sided romance, where Quentin places Margo up on a pedestal to worship from afar, never really getting to know the person underneath her beautiful exterior. To women, Quentin seems shallow or worse, too scared to risk getting to know the real Margo.

More: 7 Differences between Me and Earl and the Dying Girl and The Fault in Our Stars

2. Margo is one-dimensional, but that’s on purpose

Margo Roth Spiegelman is a complicated character, but not because we get to see her inner conflicts. She’s complicated because we never really get to know her at all. Margo appears in about one-third of the movie, and the rest is just Quentin’s fantasy of who he wants her to be. Margo’s last name, Spiegelman, means “mirror maker” in German, giving the character another level on which she reflects back other people’s desires.

3. Quentin is afraid of Margo

The author of the book Paper Towns, John Green, said this about Margo, “Here’s a young woman who’s been misimagined her entire life. There’s always that girl in high school who is so beautiful and so cool, she seems to be walking in slow motion.”

This is the male fantasy propagated by movies like Paper Towns. There’s nothing wrong with it per se, but why not go a little deeper and let Quentin get inside Margo’s head just a little bit? It seems as if he’s just too scared.

More: Me and Earl and the Dying Girl exclusive clip screams teen angst 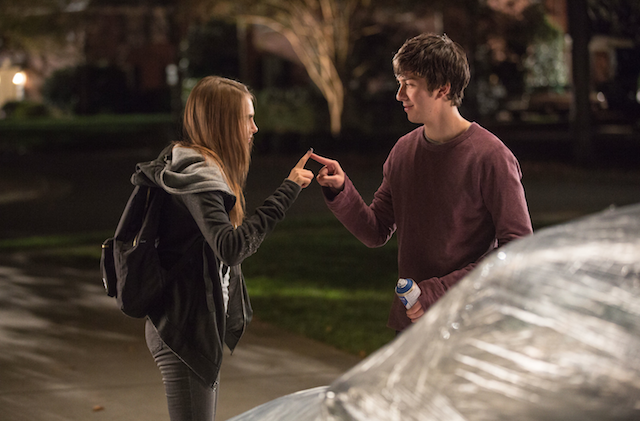 4. New version of the “manic-pixie-dream-girl”

About six or seven years ago, the term “manic-pixie-dream-girl” became a specific type of female character (usually played by Zooey Deschanel until she got her TV show), that nerdy men fantasized about. The “MPDG” was doe-eyed and cute, often ditzy or distracted, and just needed to find that perfect intellectual dude to “understand her.”

Margo is sort of a new version of the “MPDG,” only not quite so manic. Margo is more rebellious and way more of a loner to ever belong to a kindhearted, cautious man like Quentin. Women are not intrigued by either stereotype.

The Fault in Our Stars was so moving because the stakes were literally life and death. Here, neither Quentin nor Margo takes much of a risk, considering neither has the deep love shared by Hazel and Gus. We’re not saying that Quentin’s story isn’t valid; it just doesn’t fill our hearts and souls.

There is one thing that young women will be excited about when they watch the film. We don’t want to totally spoil this special secret, but let’s just say one very familiar face makes a cameo in the movie.

More: Cara Delevingne speaks out about ridiculous fat-shaming over her weight