Jennifer Garner and Ben Affleck may be preparing for a tough custody battle that will air a lot of dirty laundry.

Though the couple has put on a united front since announcing their divorce at the end of June, it looks like things could be heading downhill when it comes to their parenting decisions moving forward.

According to In Touch Weekly, sources are revealing that Garner has some incriminating evidence against Affleck that will give her full custody of their three children.

Not only does Affleck reportedly have issues with gambling and drinking, but sources say they believe he also cheated on Garner. “They’re gearing up for a pretty nasty custody battle,” one source tells In Touch. The source also says that Affleck’s supposed link to other women is “Jen’s trump card.”

Another insider explained Affleck is a notorious flirt while he’s on set.

In 2010’s The Town, which Affleck directed and starred in, “He hit on [costar] Blake Lively,” the source reports. “But she wasn’t interested at all.”

While In Touch is reporting the couple is heading for a bitter custody battle, Yahoo News is saying the two are moving back in together. Though the two are still separated, they are reportedly renting a Pacific Palisades home owned by Brooke Shields while the Affleck/Garner family home is being extensively renovated.

With so many conflicting reports about what the Hollywood couple plans on doing next, who knows what’s truth and what’s simple rumor.

Could there be hope that Garner and Affleck will reconcile after all? 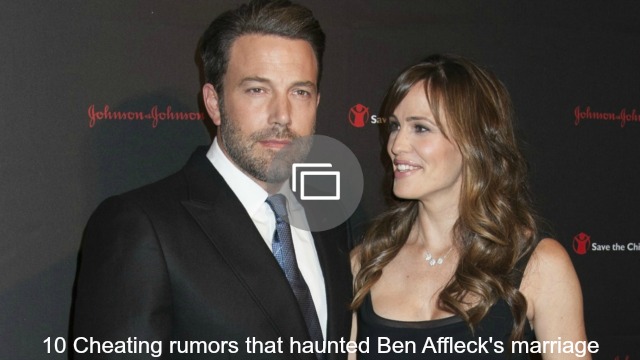