The Gift is a psychological thriller about Simon (Jason Bateman), who thinks he and his wife, Robyn (Rebecca Hall), have created the perfect life. When they return to Simon’s hometown, Gordon (Joel Edgerton), a man from Simon’s past, tries to tear it all down when he begins stalking the couple. 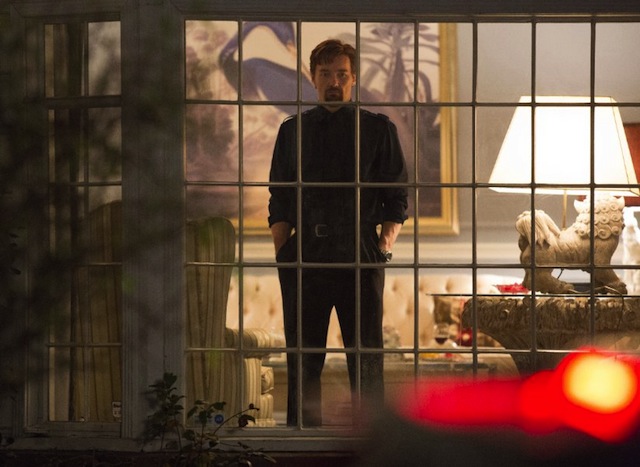 If you’ve seen the film Exodus: Gods and Kings, you know what a great actor Joel Edgerton is. He played Ramses opposite Christian Bale’s Moses and totally stole the movie from Bale. After watching The Gift, we have to say that Edgerton is an equally talented writer and director.

More: Expecting Exodus to be biblically accurate? 11 Ways it is and isn’t

At its basic level, The Gift is about confronting one’s dark past. Edgerton says he’s had to do the same thing in his own life.

“I’m a deeply sentimental kind of guy. Objects take on special meaning for me. I’m always living in the past with people and events. I remember reaching out to someone I had a romantic regret with a long time ago — it was such a young, silly little moment, but I had to find this person and let them know. Because of social media, you have the opportunity to reach out to people. It’s haunting but can be beautiful, too.”

Bateman, always a jokester, said he also had big regrets about his own past, too, saying, “Just look at my IMDb page. Goddamn it, I pretty much owe the country an apology for the ’80s and a good portion of the ’90s.”

Of course, we love Jason Bateman, but sure, we could have done without 1987’s Teen Wolf Too (it has a score of 7 percent on Rotten Tomatoes). 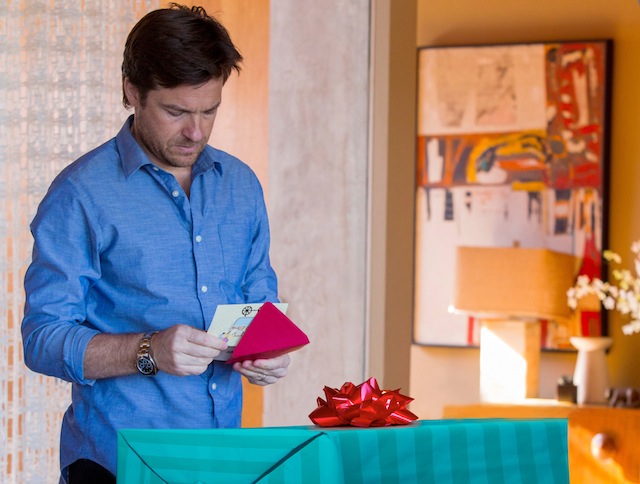 Considering this was Edgerton’s first time directing a movie, we asked if it was difficult starring in it, too, especially since he plays the villain. A director’s job is usually to make their actors feel safe, but as Gordon, he had to creep them out. Edgerton’s plan was just to play the role of director for the first 14 days before doing any acting.

Bateman said it was super exciting when Edgerton finally got into his role of Gordon. “He didn’t really act until a couple of weeks into making the movie, and when he started playing Gordon, I just starting fanning out on him after a couple of takes. I’d go up to him after he’d cut and just say, ‘Man, you’re really good! F***, this is going to be great, you’re awesome in this part!’ Because it’s a whole different switch he knows how to throw.”

But for Edgerton, it was a very different experience. “I was in my own internal hell because for the first two weeks, I just sat in the director’s chair. The clock was ticking and I finally had to jump out there and do the scene with Rebecca at the front door. I was so terrified of starting the other thing and I felt like I was making such a huge mistake! I got over it soon enough, but that was my most terrifying day as an actor because I thought I was trying to do too much.”

His brother, Nash Edgerton, also an actor, writer and director, was on set to help Joel, but he admits to still feeling overwhelmed. “I allowed myself to freeze up a little bit.”

One of the secrets Bateman’s character is trying to hide is that he bullied Gordon in high school, creating a monster of sorts. We asked if he thought Simon realized he had turned Gordon into a bully, causing the vicious cycle to repeat and come back to haunt him.

“My character seems to be so entitled, arrogant and foolish; I don’t think he realized he left that kind of carnage behind him. There’s this thread of petulance that Joel wrote into Simon, and Simon sort of stamps his feet a little bit and says, ‘No! I’ve got this great life now. Where does this guy get off coming in and ruining it?’ He doesn’t take any responsibility for it. It’s a window into the past of how childish and bratty he was and it’s kind of a fun moment,” said Bateman.

More: Jaws: 18 Secrets behind the making of the most frightening movie of all time 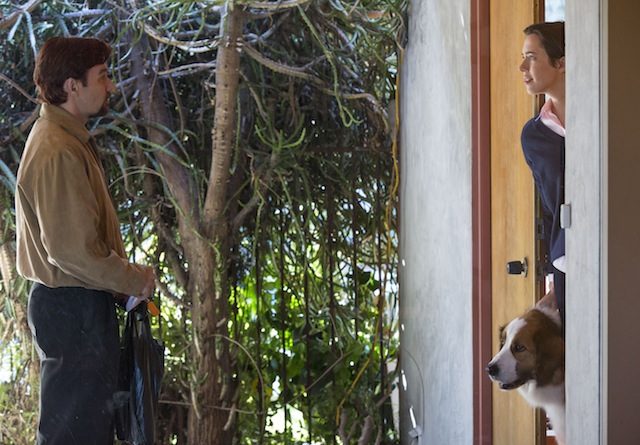 Edgerton said he has an American friend who’s a psychologist and he noticed a boomerang on his wall. Given that Edgerton is Australian, he was curious why it was there. The boomerang was there to remind him that everything you say and do has a cause and effect. “It’s like a boomerang you throw out there. At some point, maybe years later, it may come back. The good things land and the bad things end up hitting you in the back of the head,” said Edgerton.

Edgerton admits that there was one pretty creepy thing about the San Fernando Valley house where they shot the film. “The owner of the house, Judy, took me aside and said, ‘You know that if you make the movie here, you’re making my dream come true.’ She showed me a book that she had written and had published about a man stalking her in this house.”

More: How Magic Mike XXL celebrates women of all colors, shape and sizes

Of course, Edgerton didn’t take the idea for The Gift from her book, but said, “It’s just one of those weird coincidences.” Or is it?

The Gift opens in theaters Aug. 7.