National bestselling author Mary Kubica’s new, page-turning novel Pretty Baby tells the story of a charitable woman who welcomes a stranger — a struggling teen mother — into her home until she gets her bearings.

SheKnows sat down with the author, whose debut The Good Girl rocked Gone Girl fans and opened Mary to some early success, to talk about her new novel that questions people’s intentions and how even the most selfless of acts can turn into something twisted.

More: Take a peek at these pages from Gone Girl’s Amy Dunne’s diaries 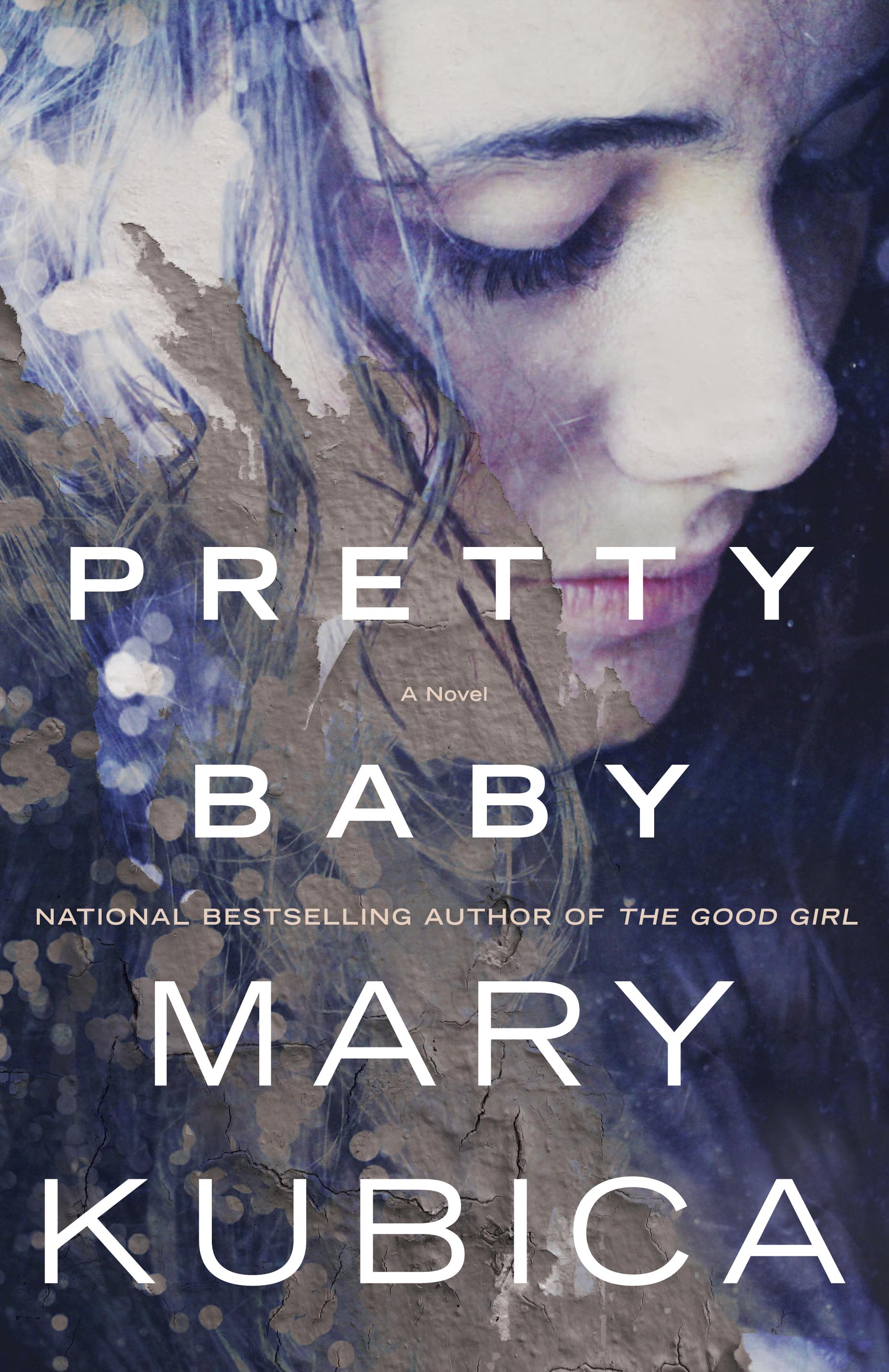 SheKnows: What inspired you to write Pretty Baby?

Mary Kubica: When I sold my debut novel The Good Girl to Mira Books, I was fortunate enough to be offered a two-book deal — a fact which both excited and terrified me. At that point, I only had one book to my name, and it had taken me many years to write. The inspiration for Pretty Baby came to me as a result of necessity: I had a looming deadline for a second book proposal and was in need of an idea. After thinking through plausible story lines and not-so-plausible story lines, a vision came to me: a young, homeless girl waiting beside the Chicago ‘L’ train with a baby in her arms. I had no idea who she was or what her story would be, but this vision was what inspired the novel.

SK: What’s the biggest challenge you faced in your career as a writer?

MK: The biggest challenge I’ve faced as an author is simply finding the time to write. As a stay-at-home mom of two children, it can be difficult to find that work/life balance. Though my children are a bit older now and more independent, I wrote The Good Girl when they were infants and toddlers. These days, they are in school during the day and I try to make certain my writing sessions overlap with their school hours. The rest of my day, I devote to them. Being a mother is my first and foremost career.

SK: Were there any obstacles you faced because you’re a woman? Are there any roadblocks women unfairly encounter in the book world?

MK: I have not experienced roadblocks or obstacles because I am a woman in the publishing industry, but that isn’t to say they don’t exist. I just haven’t had to experience them, but my heart goes out to those who have.

SK: Do you have any strange writing habits or routines when you write?

MK: My favorite time to write is very early in the morning with my first cup of coffee, when the house is quiet and still. I am not someone who outlines her novels ahead of time, and so on any given day that I sit down to write, I don’t quite know what’s going to happen in the lives of my characters. I love giving them free rein to see where their story will go.

SK: What is the worst writing advice you’ve ever received?

MK: Writing is a very subjective industry. What one reader might enjoy, another may not. It’s important to take advice at face value and understand that every reader, whether a professional in the industry or a book enthusiast, is subject to their own opinion. Authors need to be true to themselves and their writing, and know when to take advice from another or when to go with their gut. I’ve received plenty of good advice and plenty of bad; the important thing is knowing which advice to follow and which to ignore.

SK: What advice would you give up-and-coming women authors?

MK: Simply never give up! My debut The Good Girl was rejected by every single agent I sent it to except for one, and even that offer of representation came many years after I originally sent off the manuscript. The road to publication is a long, bumpy journey and it’s not for the faint of heart. Work hard, have faith in yourself and your writing, and keep trying. It’s all worth it in the end if and when you secure a publishing deal.

More: Laura Dave writes edgy, witty women — and she hopes other authors do the same

SK: Which authors and/or books inspire your writing most?

MK: All books and authors inspire me. Though suspense novels are my favorite genre to read, I enjoy many authors, genres and books. My favorite book of all time is The Things They Carried by Tim O’Brien, a Vietnam War memoir that to me was honest and accessible, two attributes I try to incorporate in my writing.

SK: What’s one characteristic the main character in your book possesses that you wish you had?

MK: The character of Heidi Wood in Pretty Baby is someone who would do absolutely anything for anybody, regardless of the effect it has on her. She’s altruistic to a fault. Though she may give too much of herself at times, I envy her gumption and this never-ending desire to help those in need. I think the world would be a much better place if we all had some of Heidi’s qualities ourselves.

SK: If Pretty Baby were made into a movie, who would you like to play your main character(s) — and why?

MK: This is such a fun question! My choices are purely based on the fact that I enjoy watching the actor and actresses on-screen, and think they would play the parts well. For Pretty Baby‘s main characters of Heidi and her husband Chris, I would choose Rachel Weisz and Josh Duhamel; and for the role of Willow, the young homeless girl they end up bringing into their home, Willow Shields. It also helps that she shares her name with the character, though that’s simply coincidence.

SK: Is there any particular scene in Pretty Baby that stands out to you, or has special meaning — and why?

MK: Without giving any spoilers away, there is a scene toward the end of the novel that will have quite an impact on the reader, I believe. It’s at the point in the novel where the story reaches a pinnacle, and at the same time everything starts to unravel. It’s one I truly enjoyed writing and cannot wait to hear what the readers think!

More: Taylor Jenkins Reid on the most important scene of Maybe in Another Life

SK: In your opinion, what are the book’s most important themes?

MK: There are quite a few themes in Pretty Baby, which include family, motherhood, coming-of-age, loss and charity.

SK: What is the best thing about writing suspense?

MK: Because I don’t outline my novels ahead of time, I don’t always know where the story will end or in which way it’s headed. Oftentimes it’s as surprising to me to find out what a character will do as it is to the reader. The best part about writing suspense is figuring out those twists and turns, and laying the clues to either help the reader along or to lead them astray.

SK: What are you currently reading?

MK: I’m currently reading Miranda Beverly-Whittemore’s Bittersweet, but there are many books I’m excited about this summer, including Pam Jenoff’s The Last Summer at Chelsea Beach and Lori Nelson Spielman’s Sweet Forgiveness. With a book tour this summer and plenty of travel, it will be wonderful to have some great reads to take along for the ride.

SK: When you’re not writing, what do you like to do?

MK: I work in an animal shelter, so chances are if I’m not writing or with my family, you can find me there. My kids keep me very busy, and between their sports and activities, my world essentially revolves around them. I love being a mother, and as a family we enjoy keeping active and traveling.

SK: What projects will you be working on next?

MK: I’m currently working on my third novel, which will be releasing at some point in 2016. Stay tuned for more details!

SK: Who’s your favorite female character, ever, and why?

MK: It would be hard to choose a favorite of all time, but one I enjoyed immensely is Victoria Jones in Vanessa Diffenbaugh’s The Language of Flowers. She’s the kind of character who is entirely genuine, who makes copious mistakes, who frustrates you as a reader, and yet one you absolutely love. I found myself rooting for her success time and again, while at the same time feeling exasperated by the mistakes she was making. Victoria has stuck with me for a long time, though I haven’t read the novel in years.

SK: What kind of stereotypes do you see in suspense novels that frustrate you?

MK: One-dimensional characters in general, whether in suspense novels or other types of novels, frustrate me at times. Often, suspense novels have a “bad guy,” but I [find] fault with the fact that people are entirely bad. Often their motivations are wrong or they have bad qualities or make erroneous decisions, but I like to see more multidimensional characters in the books that I read: bad guys who we find ourselves drawn to, or good guys or ladies who do something wrong. I feel this is more reminiscent of real life.

SK: What type of characters do you want to see more of in the suspense genre?

MK: The unreliable narrator is one that truly intrigues me simply for the contradiction: the one who is traveling alongside the reader on the tale is one who can’t always be trusted. It fascinates me.

You can purchase Kubica’s novel Pretty Baby on Amazon today. 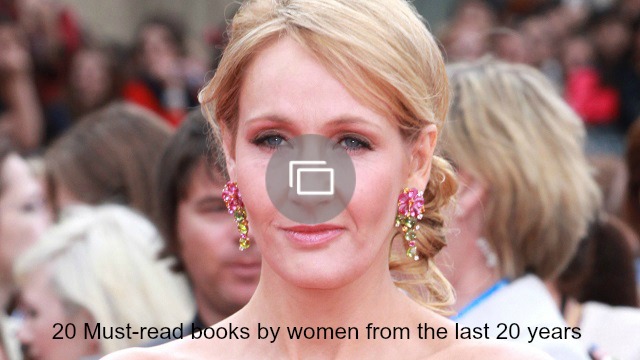