Fans are still reeling from the news that their favorite country music couple have decided to call it quits. But the reason why Blake Shelton wanted a divorce from Miranda Lambert is pretty shocking.

More: 8 Times Blake and Miranda made us believe in happily ever after

According to TMZ, the “Kiss My Country Ass” singer ended his marriage because he believed his wife of four years was being unfaithful. Sources told the gossip site Shelton had heard rumors that Lambert had been hooking up with another country singer, Chris Young, and this put doubt in his mind.

But while Shelton may have become suspicious of Lambert’s relationship with Young — who opened for her several years ago — Young is reportedly not the man responsible for their divorce. Because that title falls to another man, one who is not a country singer.

Lambert and Shelton appeared to have had a fairy-tale relationship, and it was clear they loved each other very much. But, according to TMZ sources, the The Voice coach found out something about his wife and this other, unnamed man, that he couldn’t pass off as just a rumor anymore, and that was why he decided to file for divorce.

We don’t want to speculate as to why the couple decided to split, and in their statement they did not specify the reasons for their separation. Instead, they asked the public for privacy and compassion.

“This is not the future we envisioned,” their joint statement to the Associated Press reads. “And it is with heavy hearts that we move forward separately. We are real people, with real lives, with real families, friends and colleagues. Therefore, we kindly ask for privacy and compassion concerning this very personal matter.”

UPDATE July 21, 2015: Young has spoken out against the rumors that he had anything to do with the downfall of the marriage, posting the following statement on Twitter:

Whatever the reason, we’re heartbroken that Miranda Lambert and Blake Shelton have called it quits. Are you sad, too? 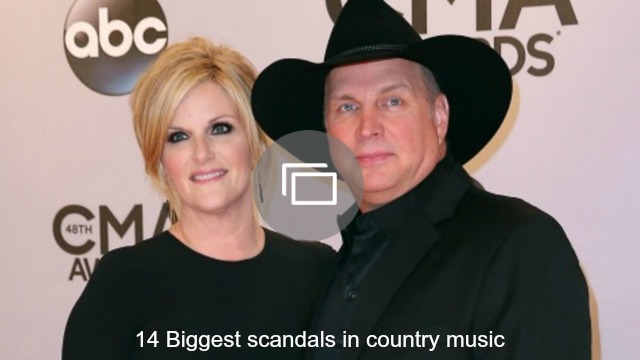