It’s been a tumultuous season of The Bachelorette, and leading lady Kaitlyn Bristowe has taken more than her fair share of scrutiny.

But watching the Men Tell All special, the following moments made us realize how unfair most of that scrutiny was — and how we could have been kinder to Kaitlyn throughout the process.

1. Listening to Corey with an “e” call her a disgrace

Seeing the way some of the guys spoke to Ian throughout the season was hard enough, but hearing Corey jump on the bandwagon after the fact and call Kaitlyn’s behavior disgraceful just made us feel dirty. And when both Jared and Ben H. quickly and eagerly jumped to Kaitlyn’s defense — “I won’t sit here and let someone bash Kaitlyn,” said Ben H. — it makes you realize if guys as wonderful as those two feel that way about Kaitlyn after everything that transpired, she’s obviously good people. And then that thought makes you realize, “Hey, chick, that means she was good people prior to getting that validation from a bunch of dudes.” 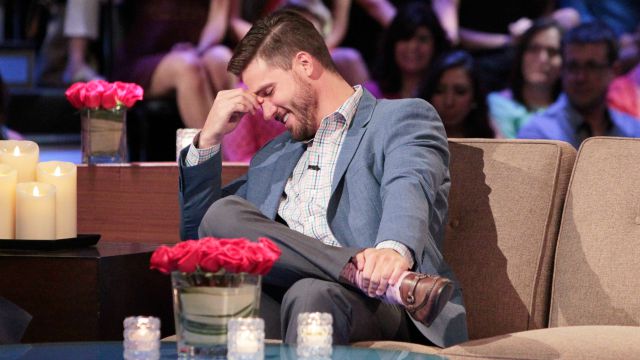 During JJ’s time in the hot seat, we saw a recap of his most memorable moments on the show. This included four-hour Jacuzzi soaks with Clint, sobbing in the bushes and slapping himself in the face. Come to think of it, Kaitlyn had quite a few jackalopes to deal with this season. We can’t imagine dating that many guys at once, let alone that many eccentric personalities, without making a few missteps.

3. Having Jared point out that there was no easy decision for Kaitlyn 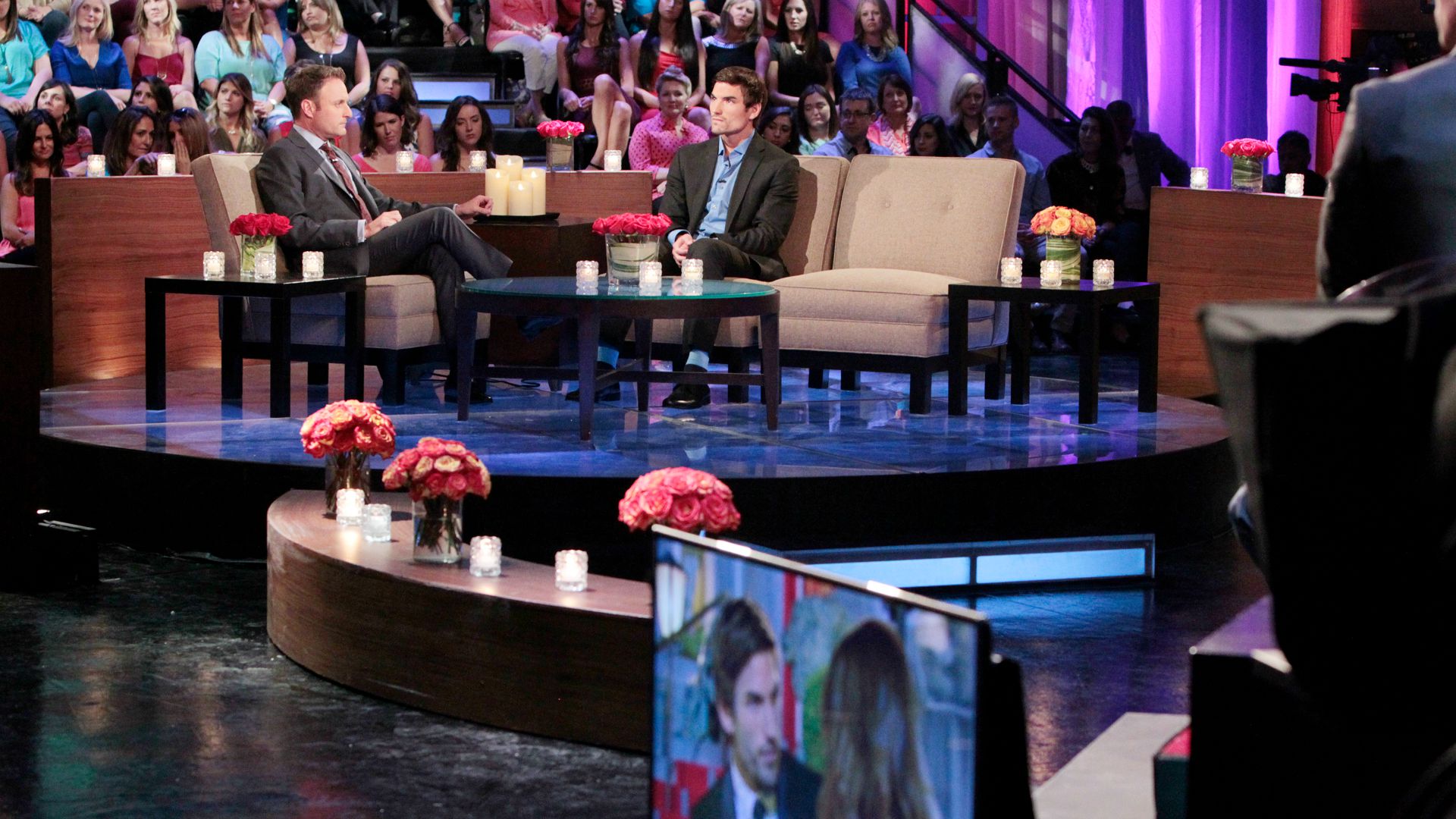 Oh, Jared. This kid was already a perfect gentleman and, now that he has shaved his spotty beard, he’s damn near perfect all around. So it wasn’t exactly a surprise when he sang Kaitlyn’s praises during his time center stage with Chris Harrison. However, he did make us think when he pointed out that — although, sure, he had hoped for a different outcome — there was no simple, pain-free decision for Kaitlyn at the point she sent him packing. He respected her journey. We could have, too.

4. Learning that she has been receiving death threats (!) 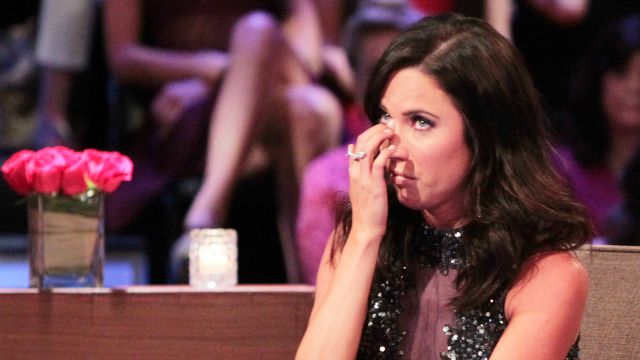 When Kaitlyn finally came to the stage, Harrison did something unprecedented in that he paused before delving into the drama to discuss the very real and hurtful ways Kaitlyn has been received by people (namely, internet trolls). And, to be honest, it was hard to watch as the laid-back brunette emotionally described getting death threats. What is wrong with people? And, pointedly, does our sometimes-snarky commentary contribute to this negativity?

More: 4 Guys from Kaitlyn Bristowe’s season who hope to be The Bachelor (VIDEO)

5. Seeing some of the scathing social media commentary

Had it not been clear the messages were lifted straight from Twitter, it would almost have been hard to believe the hateful drivel Harrison shared was even real. Hashtag slut? Really? A mother calling Kaitlyn a whore and hoping that serves as a moral compass for her kids? Women attacking Kaitlyn for her behavior in a way that goes beyond passive-aggressive trolling to outright threatening? This is not acceptable. This is wrong. This is literally making us feel sick. These comments say much more about the women making them than they do about Kaitlyn. 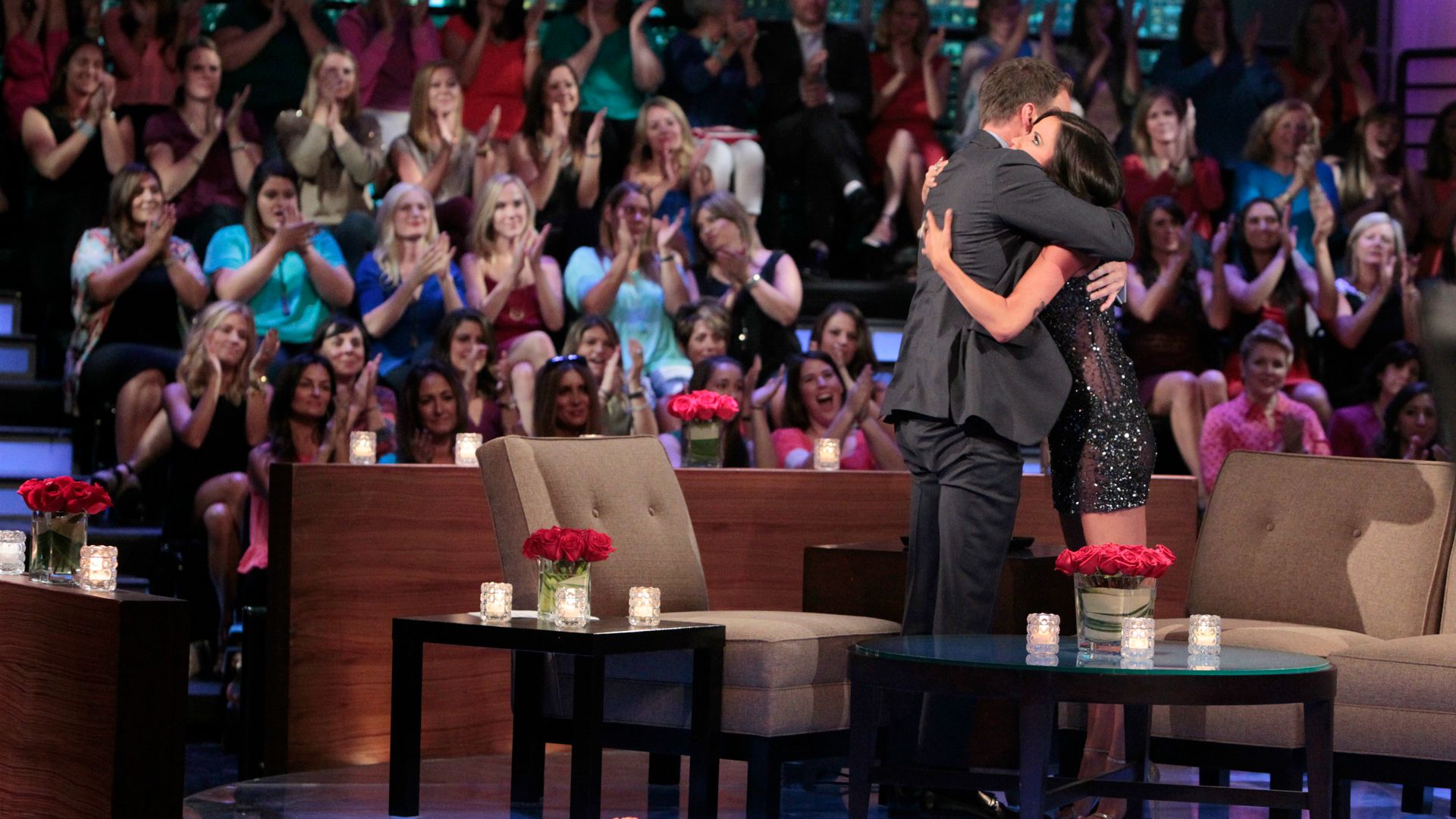 Following the gut-wrenching moment Harrison read the hateful commentary aloud, the audience and the recently rejected suitors stood and clapped in solidarity for Kaitlyn. For his part, Harrison embraced her, telling her he was proud to call her his friend. I’ve had the pleasure of interviewing Chris Harrison and the man is a straight shooter. He doesn’t put on any affectations — if he says he is proud to call Kaitlyn his friend, I believe him. And that confirms in my mind that Kaitlyn is getting a raw deal in the court of public opinion.

7. Being made to reconsider the Nick situation

Admittedly, we’ve not been the biggest fans of Nick (although, also admittedly, we understand it a bit more after seeing him shirtless). But — and we never thought we’d say this — Clint, JJ and Cupcake actually made us see the whole Nick thing from a new perspective, and it has given us a greater understanding for Kaitlyn. Not to mention empathy. What they pointed out was that the connection between Nick and Kaitlyn was undeniable, so she had to explore it. “She had to turn over every rock,” said JJ. And, you know, we get it. If they could sense that connection was real and intense, Kaitlyn couldn’t let it be a lingering question in her mind.

More: One Bachelorette contestant was the victim of a shocking beatdown

8. Laughing at her blooper reel and getting a long-awaited answer 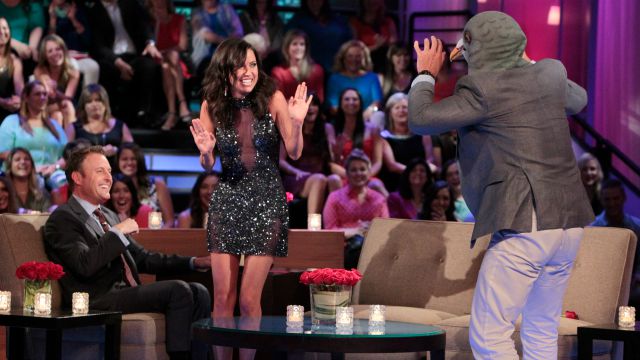 One of the best parts of the night was the blooper reel at the end. Why? It gave us the ultimate reminder: why we loved Kaitlyn so much to start with. She’s funny and frank and real to a fault sometimes. She is unapologetically herself and, yes, she’s hilarious. Plus, she knows how to make light of herself, joking about the hullabaloo over her bird tattoos, “I’m like, ‘I can’t see them!'” Finally, the truth is known — and we kind of love it. Kudos for staying true to yourself, Kaitlyn. You do you, girl!