Chances are, if you’re a Pretty Little Liars fan (and who isn’t?), you’re well acquainted with Troian Bellisario and her character, Spencer Hastings.

Bellisario has been bringing Spencer to life for five years now, but how much do we really know about the girl behind the overachieving character?

The actor has so much going on career-wise and in her personal life that we have a strong feeling there’s a lot more to come in her future. Here are some things to know about Troian Bellisario.

More: Pretty Little Liars: Why it was so important to see Spanna working together

1. Her parents are in the business

Her mom and dad, Donald P. Bellisario and Deborah Pratt, are both Hollywood producers. Before you roll your eyes at the nepotism, wait until you hear about her father’s creations: He’s the guy behind Magnum P.I., Quantum Leap and NCIS — and one of Bellisario’s first roles was on Quantum Leap.

2. She’s got an indie coming down the pipe

Bellisario has experienced mainstream success with Pretty Little Liars, but she’s all set to indulge the artistic part of her career now, too. She’s currently working on an independent film titled Sister Cities, which is about four sisters who come together after the alleged suicide of their mother, according to Variety.

Bellisario participates in aerial yoga and acrobatics. She looks pretty amazing while doing it, if we do say so.

Like her studious counterpart, Bellisario was driven to pursue higher education, even though she was already thoroughly entrenched in her acting career. She graduated from the University of Southern California in 2009, just before Pretty Little Liars made its big debut.

Bellisario wrote, executive produced and starred in the 2013 film Exiles, which she successfully raised over $16,000 for on Kickstarter.

More: PLL‘s Troian Bellisario reveals when Spencer was supposed to be A

6. She’s engaged to a fellow performer 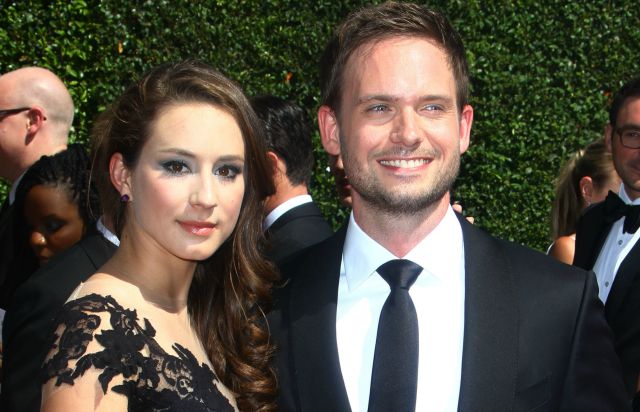 In February 2014, Bellisario announced that she’s set to marry Suits star, Patrick J. Adams. The couple met while working together on a play called Equivocation in 2009.

The actress seems strong and self-assured, but in 2014, she got candid about her past struggles, admitting that she developed an eating disorder to cope with pressures of being perfect and using food as a way to make her feel more in control of her life. “I just thought if I ever expressed to [my parents] any sadness or anger or anything that’s going on with me, they would disown me,” she said in an interview with Seventeen magazine. “I kept a lot of it bottled up inside, and it turned into self-destructive behavior.”

In addition to supporting Feeding America, Bellisario also promotes DonorsChoose.org, which helps out with children’s education in poverty-stricken areas.